EURJPY is returning slightly up today, after the aggressive sell-off from the 130.70 resistance level. The buying pressure could find strong resistance around the 23.6% Fibonacci retracement level of the downward wave from 134.11 to 127.90 at 129.40 and the simple moving averages (SMAs), before moving towards the Ichimoku cloud.

Technically, the RSI indicator is pointing upwards in the bearish territory, while the stochastic oscillator, after the bearish cross within the %K and %D lines in the oversold zone, is making an attempt to exit from this region.

Overall, EURJPY has been in a negative tendency over the last four months and only a push above 131.75 may switch this view to positive. 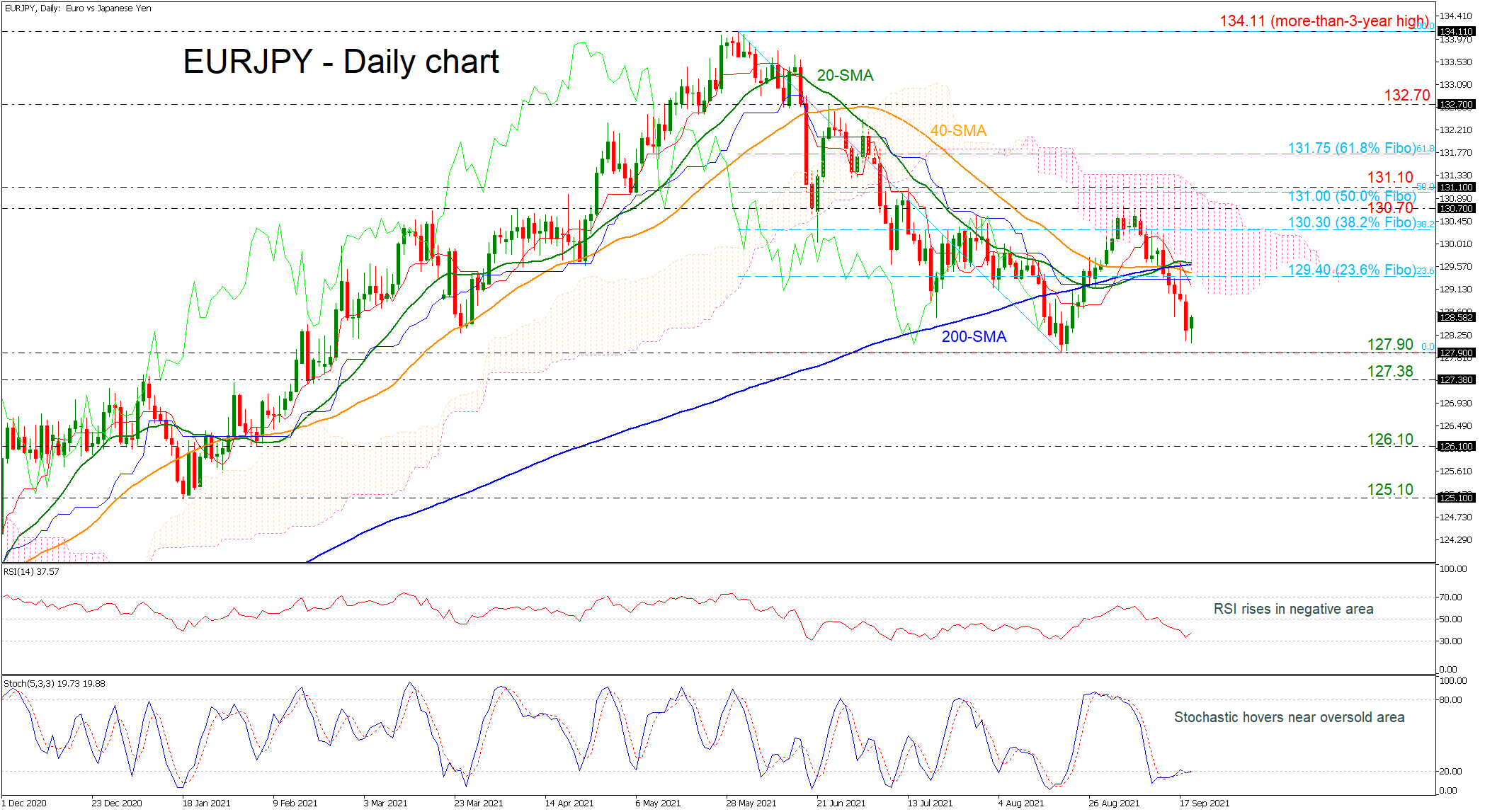