Gold saw its bullish fortunes evaporating near the 200-day simple moving average (SMA) and the 1,800 level last week, with the price erasing its latest exciting rebound to meet the 20-day SMA at 1,759.

Although the quick pullback was not enough to dissolve the broader neutral structure formed between the 1,835 and 1,721 boundaries, negative risks have not entirely faded yet.  Particularly, with the RSI set to cross below its 50 neutral level, the MACD hovering within a narrow range marginally below its zero line, and the Stochastics pointing southwards again after printing a new lower high, the odds for a meaningful rally are looking low at the momentum.

Yet, with the price having pinned a higher low at 1,722 at the end of September, the horizontal trajectory has still a bullish tilt.

Nevertheless, a clear close below the tentative supportive trendline seen at 1,745 is epxected to trigger the next bearish round. If that’s the case, the price could retest September’s low of 1,722 and the long-term dashed restrictive line before diving towards the 5-month low of 1,680.

On the upside, a sustainable move above the 200-day SMA and the resistance trendline at 1,795 is required to raise buying confidence up to the 1,835 ceiling. Should the bulls claim the latter, the rally could accelerate towards the 1,870 barrier, while higher, all eyes will turn to the crucial 1,900 – 1,916 territory.

In brief, gold could remain at a disadvantageous position in the next couple of sessions, though traders may not consider significant selling engagements unless the bears press the price below the 1,745 – 1,711 area. 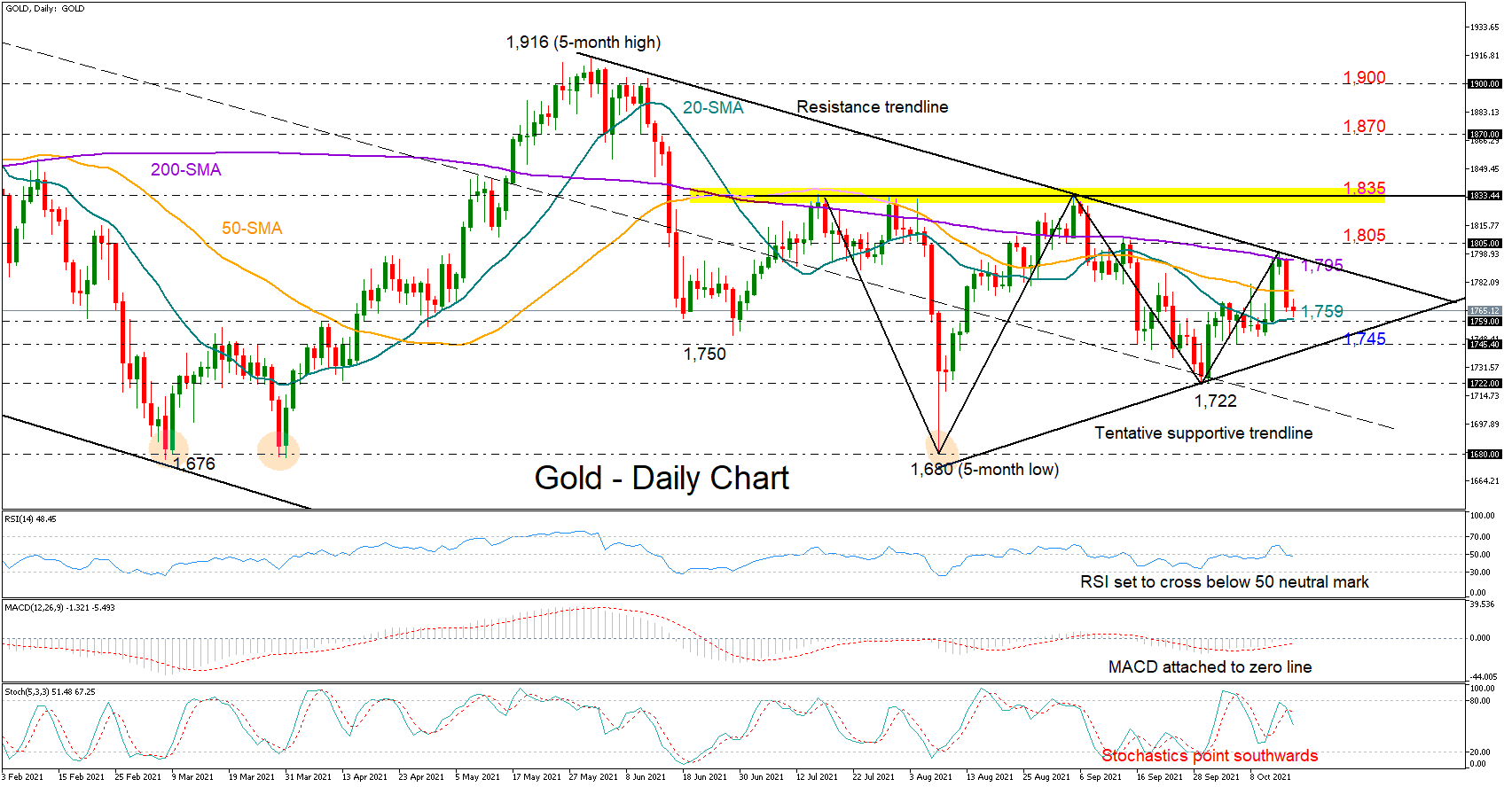 Technical Analysis – GBPJPY sets a foothold but bears still around