UK GDP growth readings for January will be out on Wednesday at 09:30 GMT but the government’s budget may steal the show around 12:30 GMT as markets anticipate the new minister of finance to take actions against the deadly coronavirus outbreak. While the data may prove a weak market mover, the budget statement, although expected to come in less ambitious than some earlier reports suggested, may provide some floor to the pound if the government’s spending plans please the Tory party and voters.

According to forecasts, the British economy grew by 0.2% month-on-month in January versus the 0.3% rise in December, pushing the yearly gauge lower from 1.2% to 0.9%. In other data, manufacturing output is also said to have slowed by an equivalent amount to 0.2% m/m in the same month while falling faster by 3.5% on a yearly basis compared to the 2.5% decline seen previously.

However, as the global economy faces an absolute crisis in health, it is almost certain that an economic slowdown in the first quarter and probably in the second may be inevitable as consumers cancel flights and spend more time indoors. Hence the above data may not attract much interest unless it shows an early sign of a serious economic deterioration, suggesting that conditions were worse-than-expected before the rapid virus spread in February. 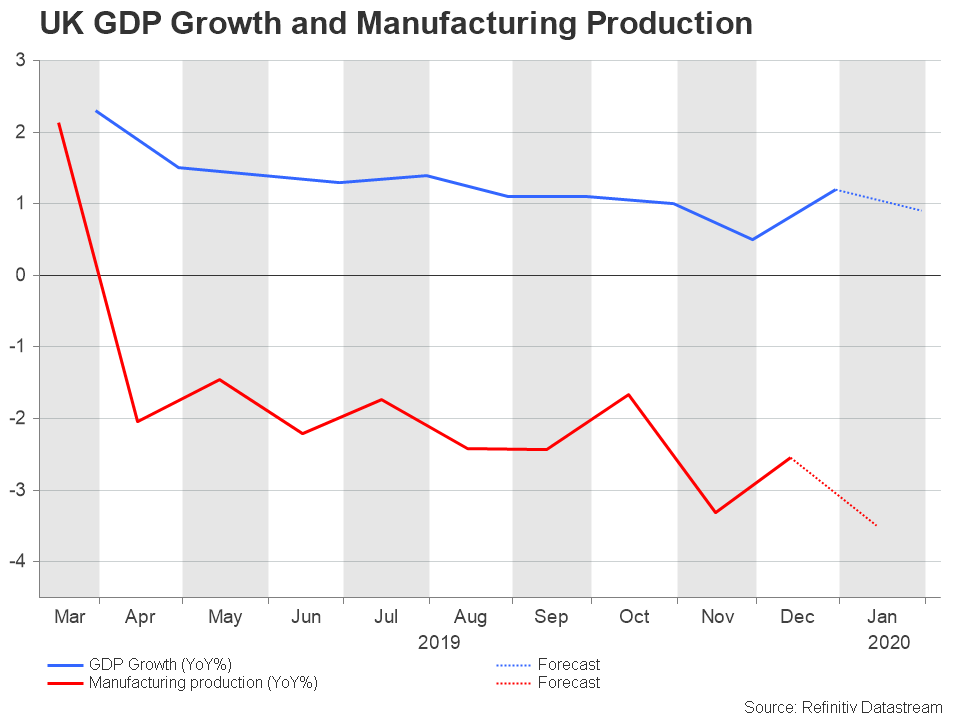 On the other hand, the budget will be the first announced since October 2018 as the spring financial statement last year was postponed due to the Brexit delay. Besides that, it will be the first release under the newly appointed chancellor Rishi Sunak who is only few weeks in the role after the sudden resignation of Sajid Javid and markets will be eagerly waiting to hear measures dedicated to soothing the economic damage from the covid-19 drama.

Undoubtedly actions against the deadly disease will be the highlight of the event but given budget constraints, and the fact that the coronavirus caught global markets by surprise, Conservatives may need to prioritize their campaign promises to enhance the National Health System instead. Recall that details on the 100 billion-pounds infrastructure investment Boris pledged to deliver will be missing from this week’s budget and are not expected to be announced before the autumn.

Nevertheless, since no cure has been found for the virus so far and consumers and businesses are highly concerned about how long the disease will keep spreading, it is a perfect time for the UK Prime Minister to provide some economic relief to voters. During his campaign manifesto, Johnson pledged to cut income taxes for more than 30 million workers, while at the queen’s speech he promised to increase social care support, both highly awaited to be confirmed on Wednesday.

Still, to deliver the above and raise the day-to-day public spending, Tories will have to either find funding from higher taxes on the wealthiest or from extra borrowing as the current fiscal constraints are already tight. Regarding the first option, with stocks diving and growth forecasts declining, questions are arising about how significant tax increases, that may take the form of restricting tax gains, could be. On the other hand, while the second solution received more backing recently given the lower interest rates and the fact that Sunak is more flexible on the matter than Javid was, that would boost the budget deficit probably for the next five years, violating government borrowing rules and hence generating some contradictions within the ruling party. 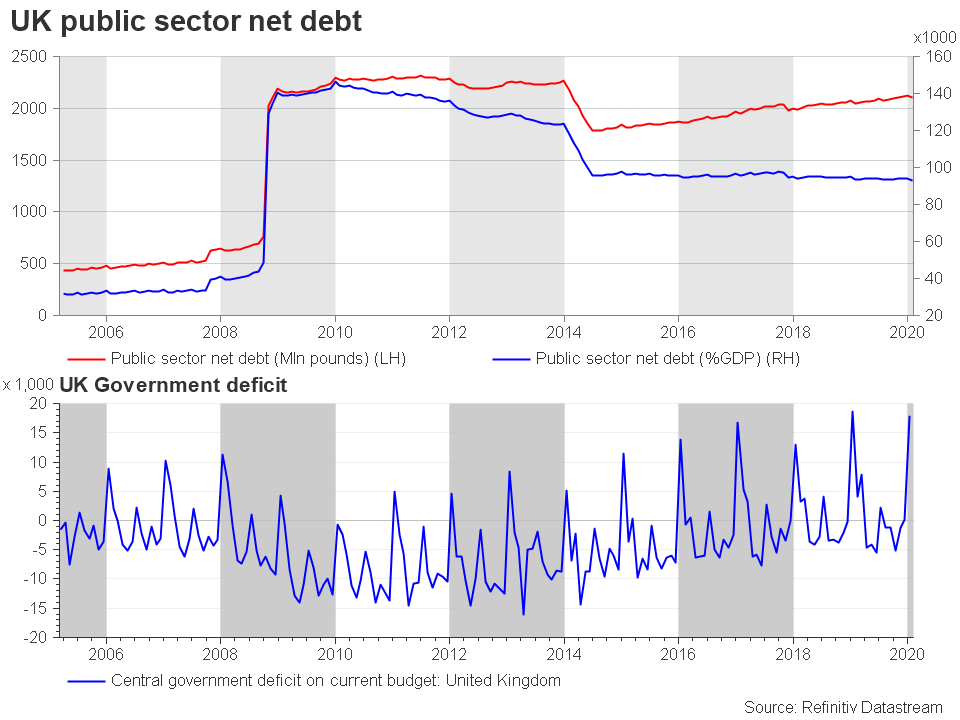 How the pound could react?

Turning to market reaction, the pound found some footing on the back of the dollar’s weakness after declining for the past two months even though a 25-bps rate cut by the Bank of England is fully priced in by the markets. If the budget does not show full compliance to Johnson’s campaign pledges, introducing less dramatic changes, but manage to satisfy voters during the ongoing health crisis, the currency could still extend recovery. In this case, GBPUSD could look for resistance somewhere between 1.3200 and 1.3270

Alternatively, if the fiscal stimulus proves insufficient, the currency could correct lower to meet support near the 1.2985 barrier and the 20-day simple moving average (SMA). A break below 1.2860 may stretch the sell-off towards 1.2780.