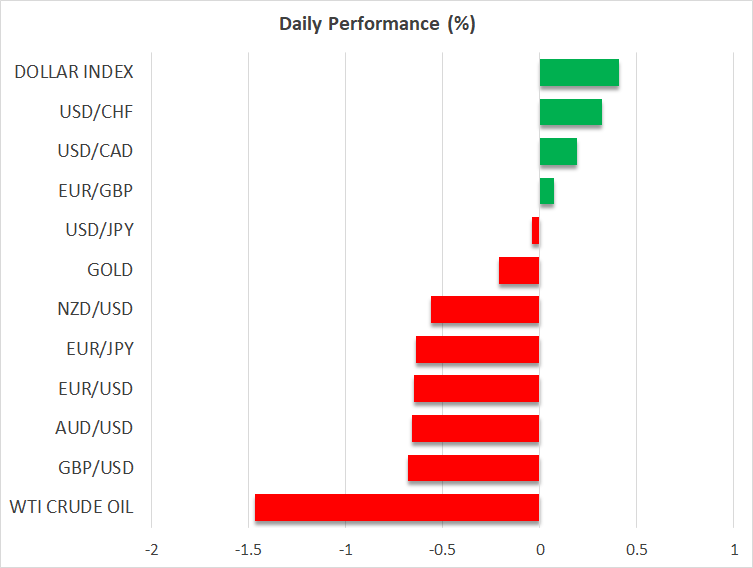 Japan comes to the yen’s rescue; will it succeed?

The US dollar finished Thursday’s session slightly higher or near its opening levels against most of the other major currencies, with the exceptions being the Japanese yen and the Swiss franc. Nonetheless, that doesn’t imply a quiet session for the other currencies, as several of them traded in a roller-coaster manner before settling near the openings.

Following the FOMC, which appeared more hawkish than expected on Wednesday, the next central bank to take the stage was the BoJ. At its scheduled monetary policy decision early on Thursday, the Bank kept its ultra-loose settings untouched allowing traders to push dollar/yen above 145.00 for the first time since August 1998. However, this rang alarm bells to Japanese officials’ ears, who just five hours later decided to intervene to stop the yen’s bleeding. The result was a nearly 4% tumble in dollar/yen.

That said, whether solo intervention can revive the seriously injured yen remains very questionable. Widening rate differentials between Japan and the rest of the world could remain the biggest game in town and thereby bring the yen under renewed selling interest. Yes, more intervention episodes are possible, but they could just result in strong corrections, rather than succeeding in reversing the yen’s steep longer-term downtrend.

Franc and pound slide on SNB and BoE decisions

After the BoJ, it was the SNB’s turn to announce its decision. This Bank raised interest rates by 75bps, confounding market expectations of a full percentage point increase. After the release, SNB Chairman Jordan said that negative rates will remain an important instrument to be used if needed and that further rate increases cannot be ruled out. Speaking about the prospect of using negative rates again just after he pulled them out of the negative zone and not sounding decisive with regards to future increases may have added to the disappointment and that’s maybe why the franc fell off the cliff after the decision.

The central bank completing yesterday’s chorus was the BoE, which also disappointed the markets and hiked by less than expected. Most investors have been betting on a 75bps increase but instead British officials proceeded with a 50bps increment. They maintained their pledge to continue to “respond forcefully, as necessary” to tame inflation, but they also estimated that the economy will match the definition of a technical recession this quarter. They downgraded their inflation outlook as well. They now expect inflation to peak at just under 11% in October, which is decently below the 13.3% peak forecasted last month.

A lower-than-expected hike, a recession, and a more optimistic outlook on inflation may imply slower rate increases from here onwards, and that’s maybe why the pound slid after the announcement.

Today, new British finance minister Kwasi Kwarteng will announce the details of reforms pledged by new prime minister Liz Truss. However, even if the details revive the view that the measures could add to inflationary pressures, expectations of a more aggressive BoE could – paradoxically – also hurt the pound. In the past, traders have been worried that faster and higher rates will drag the UK economy deeper into recession, and those fears could resurface today, especially if the preliminary PMIs for September, to be released earlier paint a gloomier-than-expected economic picture.

What’s more, with the currency developing risk-linked characteristics lately, the forceful tightening and growth fears around the rest of the globe, could continue adding an extra pressure to sterling. Thus, it may be a one-way ride for the pound.

Equity indices were a sea of red yesterday and today in Asia, despite the less-than-expected tightening by the BoE and the SNB. It seems that investors are more worried about the Fed, and this is also evident by the fact that the 2- and 10-year Treasury yields have hit new 15- and 12-year highs respectively. So, even if equities rebound today or early next week, that may be another round of short covering or portfolio rebalancing rather than a purely risk-on episode. The current fundamental picture suggests that another leg south might be a matter of time. 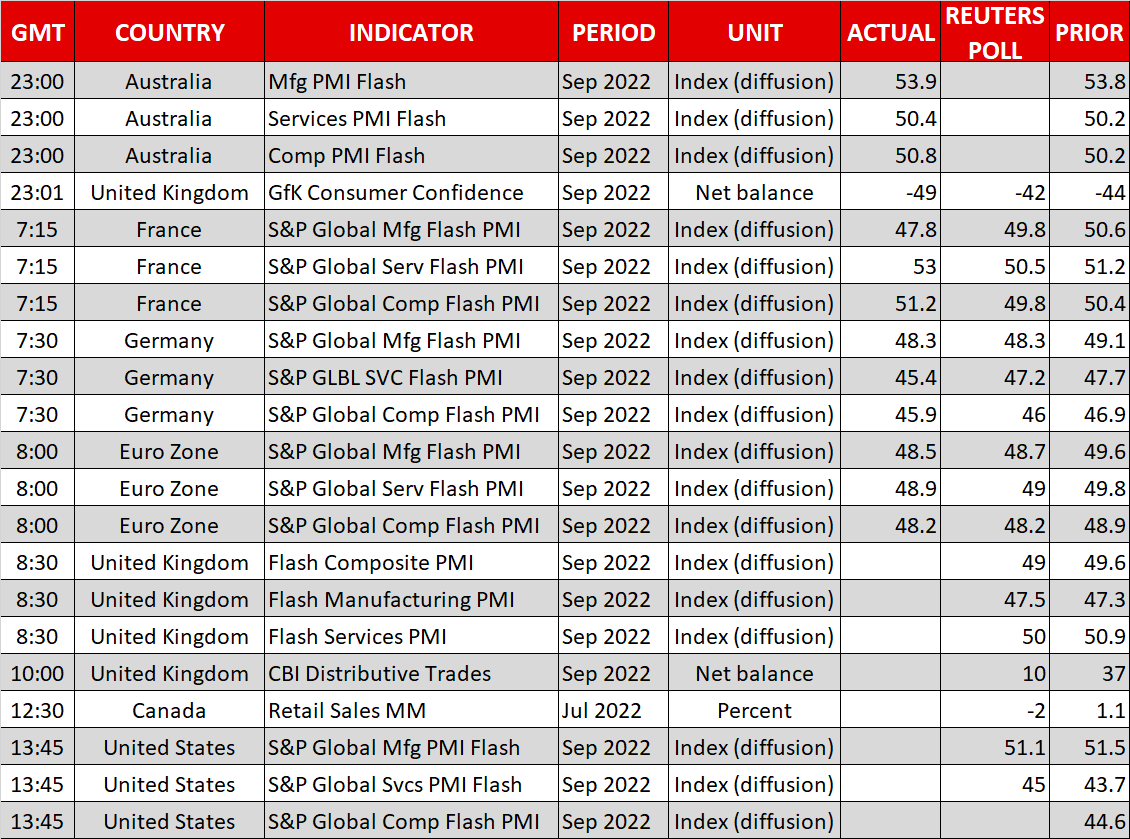