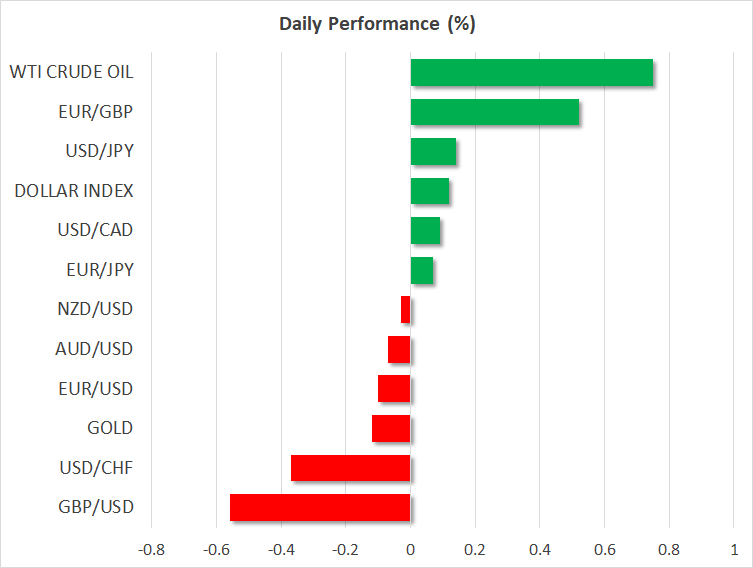 Day ahead: Canadian data due, with trade developments also in focus

Inflation and retail sales figures out of Canada at 1230 GMT will be the highlight in terms of data releases in the remainder of Friday’s session. Meanwhile, any potential updates regarding the US-China trade skirmish, the NAFTA negotiations, and the Brexit talks are also likely to attract attention.

In Canada, CPI inflation is forecast to have cooled to 2.8% in annual terms during August, from 3.0% in the previous month. The core figure – which excludes volatile items such as energy – will also be in focus, though no forecast is available. As for retail sales, projections point to a 0.4% growth in July on a monthly basis, a rebound following a 0.2% decline previously. The core print, which strips out automobile sales, is also expected to bounce to 0.6%, after falling by 0.1% in June.

Overall, these seem like very decent prints that – if confirmed – could stoke even further market expectations for a BoC rate increase in October. Although inflation is expected to slow, it’s still anticipated to remain far above the midpoint of the BoC’s target of 2% +/- 1%, hence allowing the Bank to proceed with normalizing policy uninterrupted. The market-implied probability for an October hike currently rests at 86% (Canada’s OIS), and in case of strong data prints that push it even higher, the loonie could extend its latest gains.

Besides data, any updates in the US-China trade spat could also prove crucial for market sentiment. Investors breathed a sigh of relief recently that the latest tariffs were not as aggressive as feared, leading to a widespread market rally. That said, it bears mention that neither side has actually shown concrete signs of backing off, suggesting that the recent melt-up in stocks may be more fragile than it seems, with a single alarming headline possible to “ruin the party” at any moment. In other words, have investors run ahead of themselves in discounting a less-aggressive scenario for trade?

Also stock-related, today is “quadruple witching” day in the US, a quarterly event when futures and options on indices and individual stocks expire. Trading volumes are generally higher than usual in such sessions, as investors rush to close, roll over, or rebalance some of their existing positions. This implies that market moves may be abrupt and perhaps larger in magnitude than average, without much in the way of fundamentals behind them.

In energy markets, the weekly Baker Hughes report on active oil rigs in the US is due out at 1700 GMT. Beyond that, a weekend meeting between OPEC and other allies taking place in Algeria may be of interest.

As for the speakers, UK PM Theresa May is anticipated to deliver remarks at 1245 GMT. Her tone regarding the Chequers plan, which was recently rejected by the EU, may be crucial for sterling’s forthcoming direction. If she sticks to her proposals, or appears generally unwilling to surrender some ground, that may spell trouble for the pound as speculation for a continued deadlock in the talks regains steam. 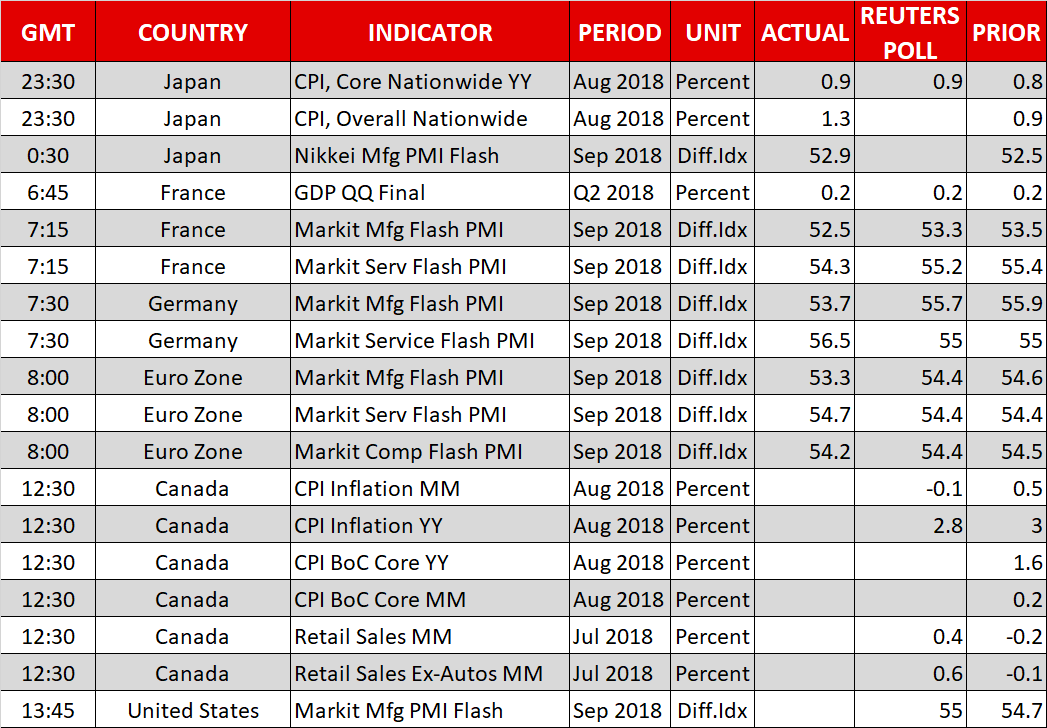