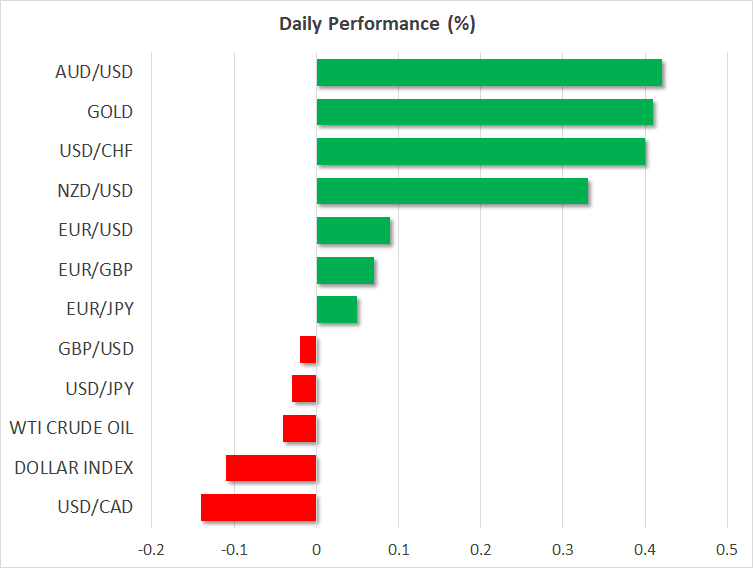 Although China relieved markets by saying that a currency devaluation will not be used as a strategy to boost its exports following another exchange of tariffs with the US, the trade story will continue to drive investors sentiment. Late on Monday, the US President imposed a 10% tariff on $200 billion Chinese imports taking effect on September 24 as he promised. He also said that the tariff size will increase to 25% as of January 1, 2019. The attack by the US, though, did not scare China, with the nation retaliating with tariffs on $60 billion US imports, a well-anticipated move by Beijing. Questions now remain whether the sides will finally gather around the table to resolve their trade differences and if that ever occurs whether the talks will lead to a de-escalation of the prolonged trade dispute. While both countries showed an interest in engaging in a dialogue, headlines on Tuesday revealed that China is considering sending a lower-level representative to the US for the talks. If that is the case and the US reacts in the same way, negotiations might not produce much progress.

In terms of data releases, US building permits and housing starts for the month of August will come into focus later today at 1230 GMT, while US current account readings for the second quarter published at the same time could attract some interest as well.

Staying in the US, the Energy Information Administration will deliver its weekly report on US oil inventories for the week ending September 14 at 1430 GMT.

Meanwhile in New Zealand, eyes will turn to Q2 GDP growth figures at 2245 GMT, with analysts expecting a larger expansion of 0.7% quarter-on-quarter compared to a growth of 0.5% seen previously. However, on yearly basis forecasts are for growth to slow down to 2.5% from 2.7% in Q1. Should the numbers beat expectations, the kiwi which came under severe pressure early this month, dropping to 2 ½ -month lows versus the US dollar could increase positive momentum. On the other hand, a miss in data may activate bearish corrections.

On Wednesday at 0730 GMT, just before the European market open, the Swiss National Bank is scheduled to make an announcement on interest rates. Following their ECB counterparts, SNB policymakers are widely anticipated to keep borrowing costs unchanged at a record low of -0.75% for the 16th consecutive time. Despite the stronger economic growth, the SNB might consider it wiser to maintain stimulus as a rate hike would strengthen the Swiss franc currency even further, something policymakers want to avoid as this keeps inflation far below its 2.0% price target. Should policymakers stress that the franc’s appreciation stands a barrier to upside inflationary pressures, dollar/franc might post gains.

As of today’s public speeches, the ECB chief Mario Draghi will be stepping to the rostrum at 1300 GMT. Comments by the BoE MPC member Silvana Tenreyro are expected later in the day as well.

Brexit updates will be of importance as the UK Prime Minister prepares to meet the EU leaders in an informal summit in Salzburg, Austria on Thursday. 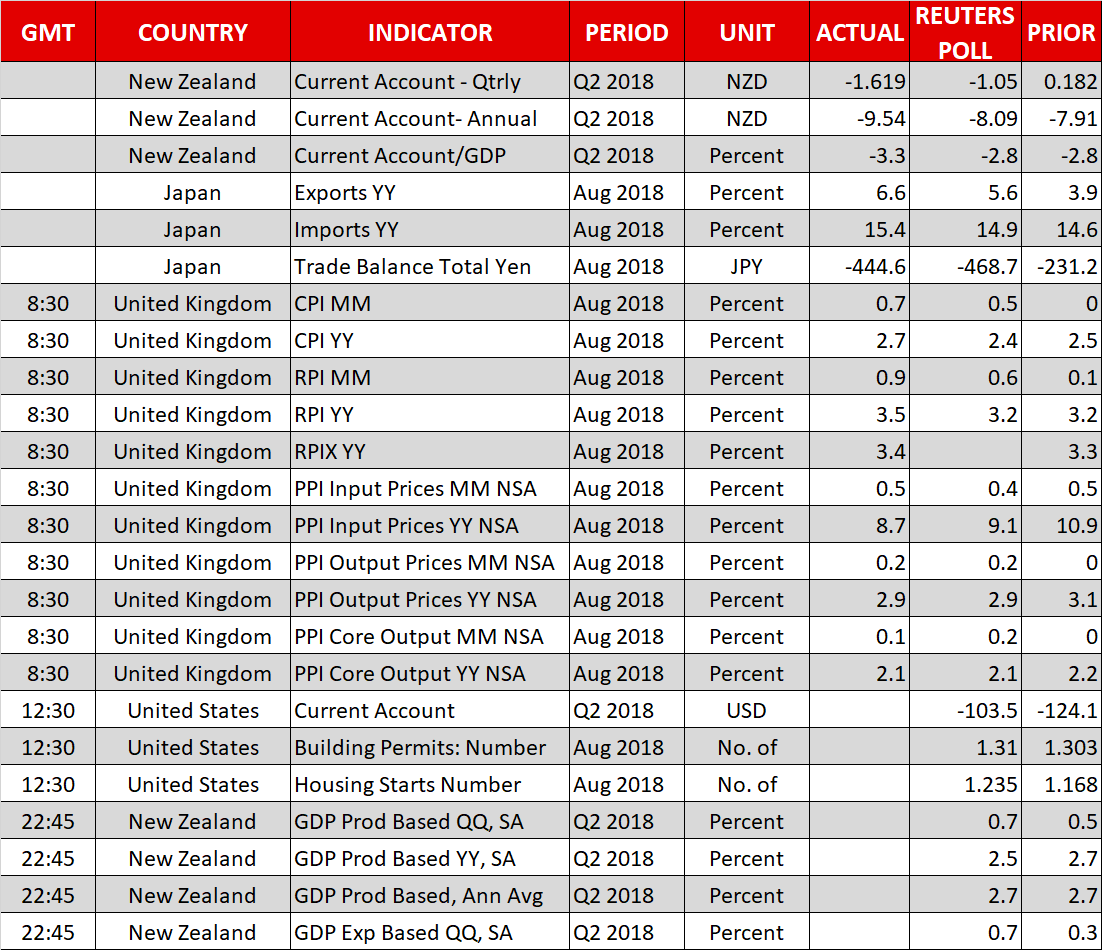