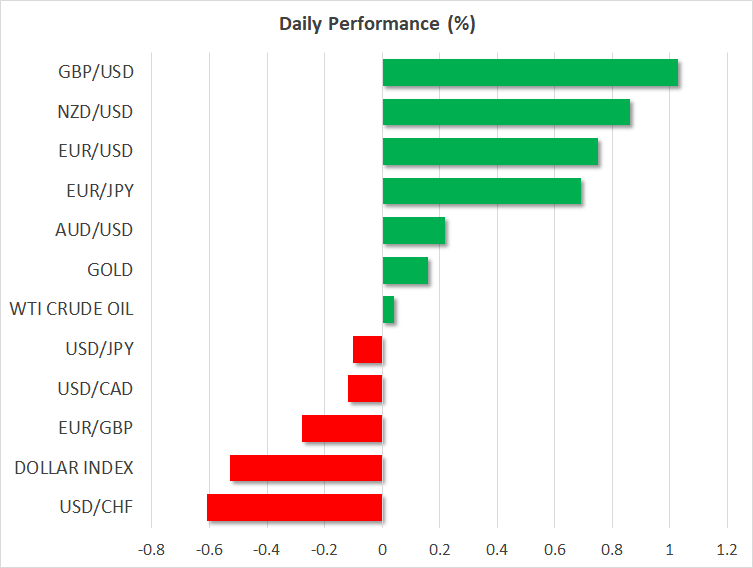 A number of economic releases are expected later in the day, with investors keeping a close eye on trade developments and Brexit updates too amid noise in US-Sino trade relations, the NAFTA deadlock, and rising uncertainties about whether the EU and the UK will manage to strike a divorce deal.

At 1230 GMT, US initial claims for unemployment benefits for the week ending September 15 are expected to come higher by 6k at 210k, after dropping to a 49-year low of 204k in the preceding month. At the same time the Philadelphia Federal Reserve Bank will be delivering its Manufacturing index for the month of September and analysts forecast a significant rise to 17.0 from 11.9 in August, when the index touched a three-year low.

Meanwhile in the Eurozone, the European Commission will issue September’s preliminary figures on consumer confidence, though no good news is expected on this front as consumers are said to have turned more pessimistic about future economic activities in the bloc, driving the measure to a 1-year low of -2.0 from -1.9 in August.  Any upside or downside deviation from forecasts could move the euro accordingly.

Yet, recent disappointing Brexit headlines could continue to weigh on the euro market and more importantly on the pound. Although investors were somewhat positive that an agreement on divorce terms could be reached before November’s deadline, yesterday EU leaders who are meeting in an informal summit in Salzburg, Austria, showed no enthusiasm on May’s Irish border plans, saying that the UK must move its position over on the topic, while some others did not hesitate to call for a second referendum. Meanwhile risks for the UK Prime Minister, Theresa May, remain alive back in Britain as May has to convince her Conservative party on September 30 that she can successfully lead the party and the country through Brexit.

In Canada, the focus will be on NAFTA as negotiations between US and Canadian officials stretch to Thursday in an effort to resolve disagreements before October 1, a deadline set by Washington. Recall that Trump has reached a preliminary trade agreement with Mexico and threatened to exclude Canada from the pact. However, the US Congress wants NAFTA to be renegotiated as a trilateral agreement.

Elsewhere, data on consumer prices are scheduled to come out of Japan at 2330 GMT. While the numbers might not affect much the safe-haven yen which barely reacts to economic releases, inflation readings might attract investors interest given their influence on monetary policy decisions. The nationwide core CPI is anticipated to strengthen from 0.8% to 0.9% on a yearly basis, holding far below the BoJ’s inflation target of 2.0%. Japan will also see flash estimates on the Nikkei Manufacturing PMI at 0030 GMT on Wednesday.

In terms of public appearances, Bundesbank chief Jens Weidman, a possible Draghi successor at the helm of the ECB when his term expires in late 2019, will be giving a speech at 1515 GMT. Additionally, ECB chief economist Peter Praet will be talking on “Challenges to monetary policy normalization” at 1720 GMT. 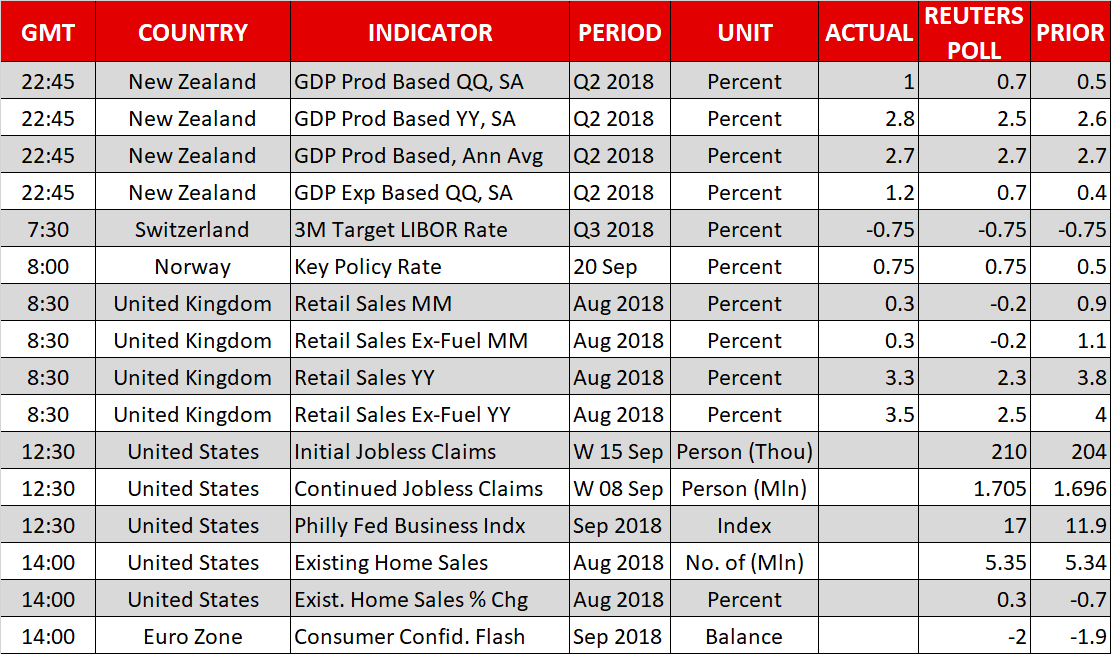