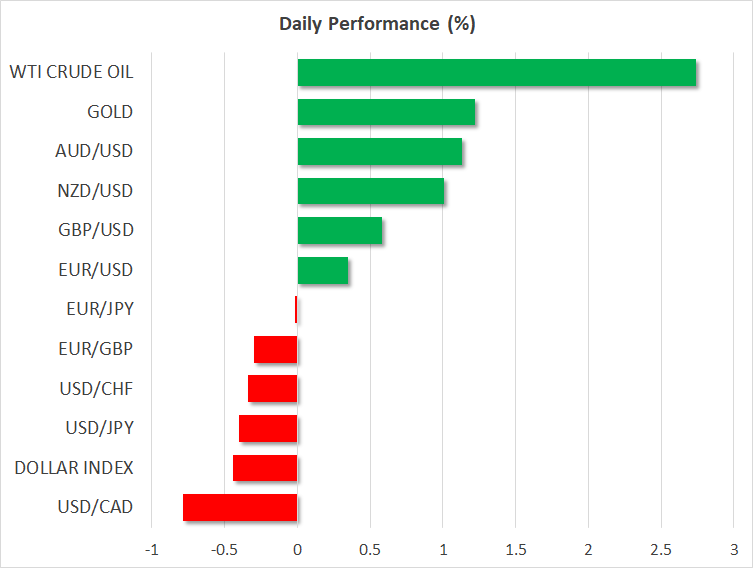 The run-up to the Fed meeting and its aftermath was a rollercoaster ride that didn’t end well for stocks. Investors hoping for a dovish pivot instead got a Fed chief leaning further towards the hawkish end of the spectrum. But markets have found something to celebrate ahead of the all-important payrolls report out of the United States later today.

Rumours that Chinese authorities are gradually easing up on their intransigent zero-Covid policy just haven't gone away this week. The latest is a Bloomberg report suggesting that plans are underway to end the system of temporarily banning airlines that bring Covid-positive passengers into the country.

However, there is still no official confirmation of this (though, neither is there an outright denial) and stocks in Asia rallied today, with Hong Kong’s Hang Seng index (+5.4%) leading the way.

Further adding to the improved sentiment were some signs of progress between US and Chinese officials on the long-running dispute about dual-listed Chinese companies in America not complying with US audit rules.

European shares have also opened with solid gains and US futures are ticking higher too, recouping some of yesterday’s sharp losses when the S&P 500 slid 1%. But the mood is generally more cautious as market expectations of the Fed’s terminal rate have topped 5% again, while Treasury yields continue to edge higher post Powell’s very hawkish press conference on Wednesday.

Nonfarm payrolls may yet set the tone

The focus is now on the October jobs report due at 12:30 GMT for the latest clues on whether the Fed’s mammoth rate hikes have started to slow the pace of hiring. The consensus forecast according to Refinitiv is for a gain of 200k jobs, which would be down on the prior month’s figure of 263k but probably still too hot for the Fed. A stronger-than-expected headline print could easily take the shine away from the China headlines and pull equities back into negative territory.

However, unless there’s a big surprise, either to the downside or upside, the odds of an overreaction are lower than usual today as many investors will probably decide to wait for next week’s CPI report before firming their bets for the December FOMC.

In currency markets, the US dollar was on a broad retreat, paring some of yesterday’s impressive gains, as some risk appetite returned. The Australian and New Zealand dollars enjoyed the biggest bounce, and the Canadian dollar wasn’t far behind, helped by WTI futures climbing to a three-week high today.

The euro lagged its peers despite some hawkish language from ECB head, Christine Lagarde, on Friday, while the pound’s 0.5% gain was only a fraction of the 2% losses that followed Thursday’s Bank of England decision.

As expected, the BoE delivered its largest rate hike in more than three decades, but Governor Andrew Bailey was quick to dampen expectations of more big increases, saying that 75 basis points is “not the new norm”.

More significantly, policymakers explicitly flagged a lower rate path than that priced into money markets, sending the pound crashing lower. Equally damaging to sterling was the Bank’s warning in its latest projections that the UK economy could soon enter its longest recession ever, amid the ongoing energy crisis and elevated risks of sticky inflation.

The BoE’s ‘dovish’ hike is quite a contrast to the Fed’s ultra-hawkish stance but the selloff in sterling is probably done for now as investors will want to wait for the November 17 budget statement before adjusting their positions further. 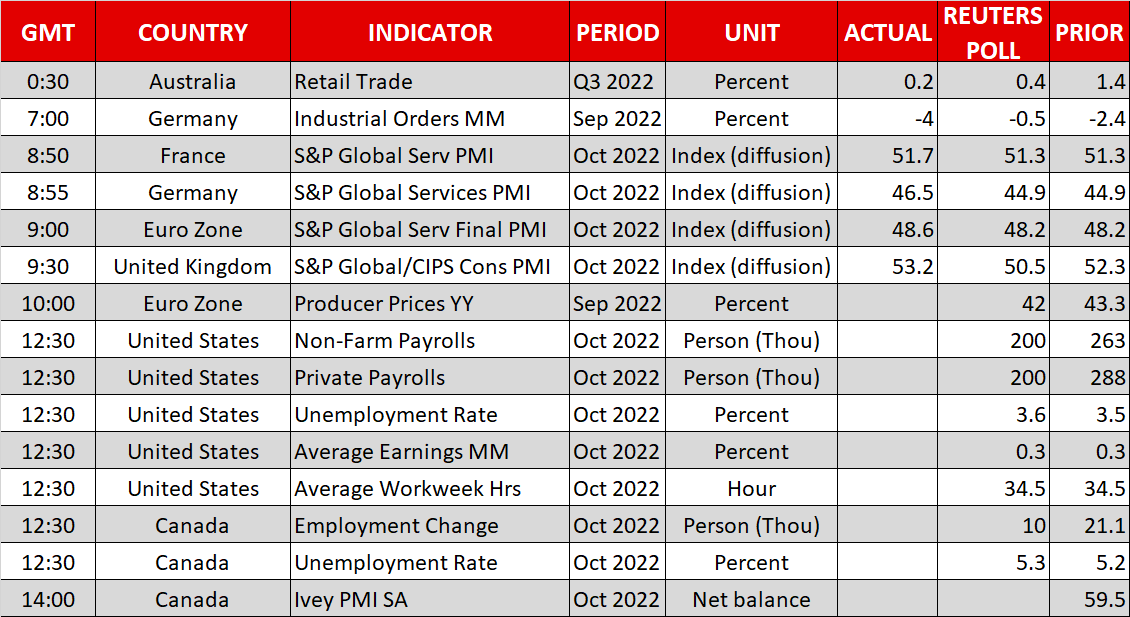