Daily Market Comment – All quiet on the currency front, but key data could spice things up 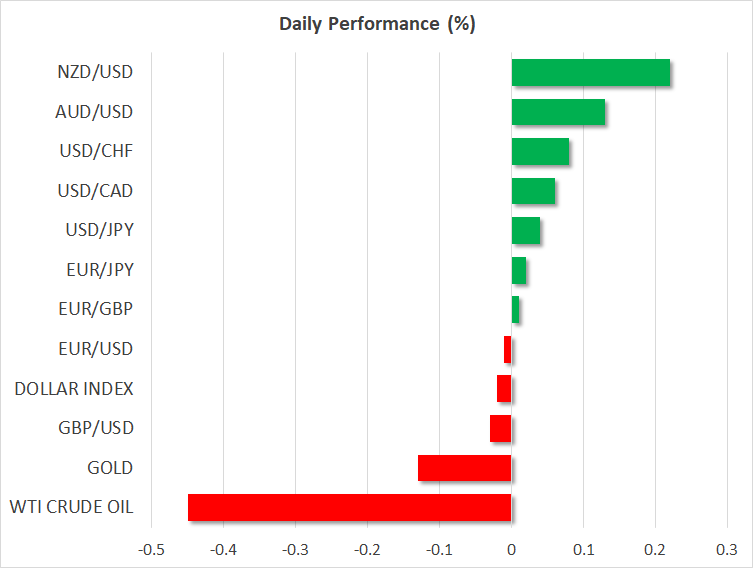 It was a very uneventful session across financial markets, with little to speak of in terms of news and with most currencies trading in awfully tight ranges as American traders stayed home for Thanksgiving.

A notable exception was the British pound, which surrendered some of its recent gains. Market participants seem to be having second thoughts about whether the Conservatives will truly manage to secure a majority in the upcoming election. The Yougov model-based poll did suggest as much, but that ran contrary to what other nationwide polls have been indicating, namely that Labour is closing the gap on the Tories.

As things stand, it’s still too close to call whether the Tories will run away with it or whether we are looking at another hung Parliament. The risks surrounding the pound therefore appear roughly balanced for now, something also endorsed by the sideways price action in Cable. Heading into Election Day, it’s difficult to envision the range between $1.30 and $1.2760 being violated, unless something drastic changes. After that though, we’ll likely see ‘explosive’ moves. See our latest UK election preview for more.

In euro land, preliminary CPI data for November and labour market figures for October will be closely scrutinized given the worrisome signals coming from PMI surveys lately. While inflation is forecast to pick up speed, it wouldn’t be surprising to see a disappointment, as the bloc’s Composite PMI showed prices rising at “the joint-weakest rate for three years”. If so, that would reinforce the narrative that the euro area remains in dire straits and likely spell more trouble for the euro, which desperately needs signals for a fiscal stimulus package to breathe some life again.

In Canada, GDP growth is expected to have slowed notably in Q3, though that would still be in line with the BoC’s latest forecasts. As for the loonie, the risks remain asymmetric. Markets seem to be underestimating the likelihood that the BoC could cut rates soon, assigning less than 40% chance for such action by March. Hence, if economic data stay solid, that may push the loonie higher but only modestly, as there isn’t much to price out in terms of rate-cut expectations. On the contrary, any disappointment or another escalation in trade could see the currency plunge.

In the United States, bond and equity markets will close early, so liquidity may be very thin during the New York session – making sharp moves possible without much in the way of news.

Looking ahead, China releases its official manufacturing and services PMIs over the weekend, so markets could open with gaps. Likewise, the fragile calm in Hong Kong may be shattered as the protests seem ready to flare up again according to reports, implying that it may be a cold Monday morning for risky assets if violence escalates, especially for the Hang Seng index.

In energy markets, the focus turns to the OPEC+ meeting in Vienna next week. Media is reporting that the producers will maintain the status quo and refrain from slashing output further, as that would still lead to a balanced market by 2020.

That’s a stark turnaround from signals earlier this month that more action may be looming, prompting the question: is OPEC trying to manage market expectations so it can get more ‘bang for its buck’ if it ultimately does cut production? If so, the risks surrounding oil over the coming week may be skewed to the upside. 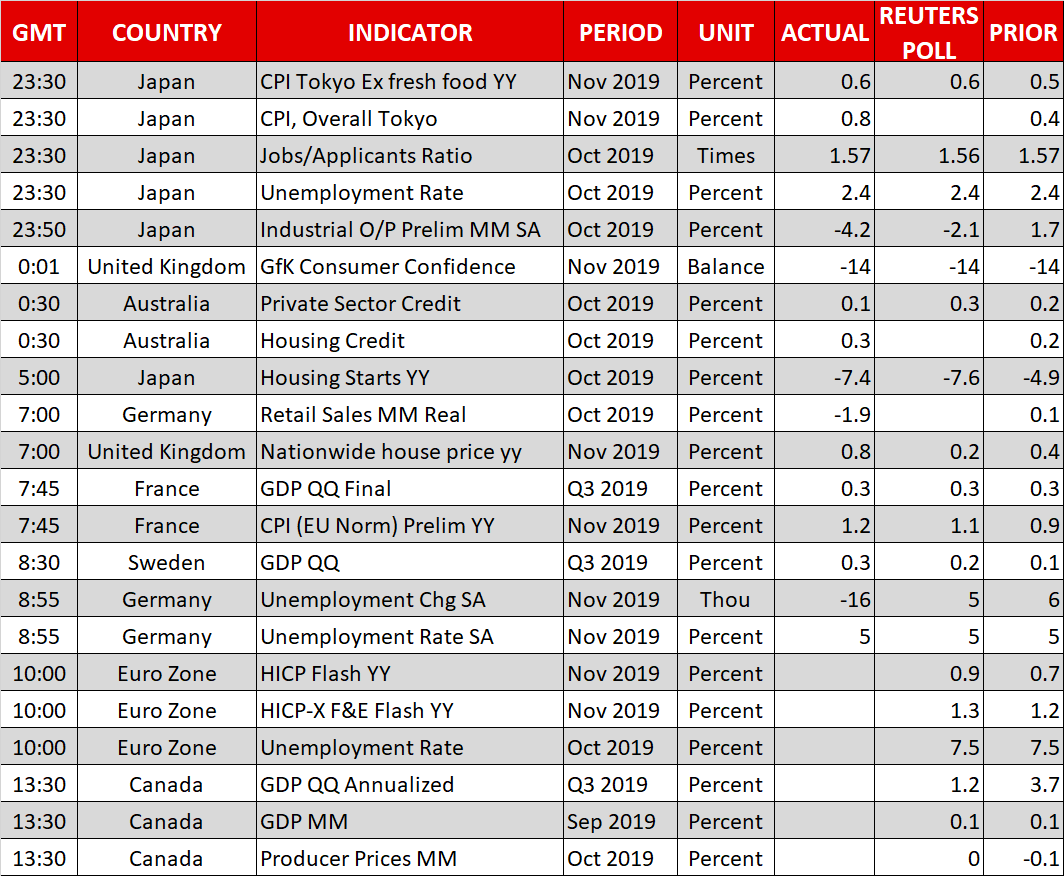