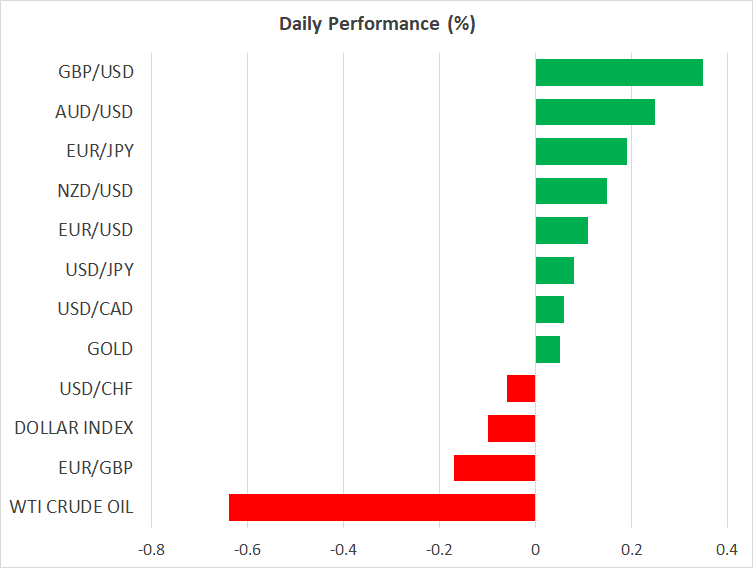 Optimism that a stimulus deal can still be reached on this side of the US election has returned to global markets, after the Democrats watered down their demands a little further yesterday, sparking a relief rally in riskier assets. They unveiled a new proposal that would cost $2.2 trillion, far smaller than their opening bid of $3.4 trillion that was fiercely rejected by Republicans.

This is still miles away from the $1.5 trillion the White House signaled it is open to, but a step in the right direction for sure. The two sides are coming closer and investors are betting that it is Trump’s turn to make concessions now, as he cannot afford to miss such a ‘tremendous’ opportunity to score points with the public right before the election.

Stock markets raced higher in relief while the dollar retreated across the board, partly as traders dumped defensive plays and partly due to renewed deficit concerns. The greenback has turned into a mirror reflection of equity markets again this past month, with the inverse correlation between the two returning with a bang. 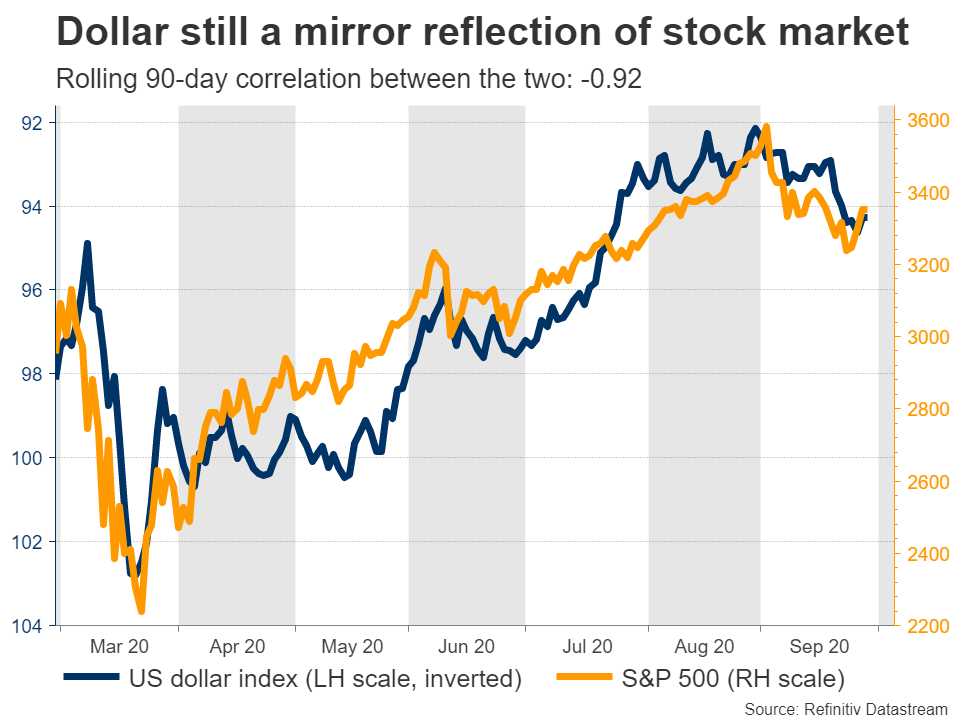 The ball is in Trump’s court now and the next ‘big’ move in both the dollar and equities may depend on whether he comes back with a stimulus counterproposal, or nothing at all. Admittedly, he is more likely to negotiate, as letting both the economy and his beloved stock market fall off a cliff ahead of a closely contested election is not very strategic.

In the broader FX arena, the British pound outperformed on Monday. Besides the risk-on atmosphere, the pound also got a boost from BoE Deputy Governor Ramsden downplaying negative interest rates and hopes that things are about to get serious in the Brexit talks.

The coming weeks could be a bumpy ride, but markets are sensing that the endgame is still an eleventh-hour Brexit deal, even if there is a lot of posturing before we get there. This has been the playbook in this negotiating process so far, which is natural as it is much easier politically speaking to ‘sell’ any deal to the public without looking weak if the alternative is an immediate economic catastrophe.

In euro land, the single currency capitalized on the dollar’s troubles to cruise higher, helped by reports that the ECB is sharply divided between doves and hawks, which makes any future easing package less likely amidst the infighting. Of course, if tomorrow’s inflation data show the bloc remained in deflation, policymakers may not have much of a choice. Before that, Germany’s inflation stats later today will give us an idea of whether the ECB will need bigger guns.

Donald Trump will meet Joe Biden for their first debate face-off during the early Asian session Wednesday, at 01:00 GMT. Trump is widely expected to run away with it, as he is a brutally effective debater. But don’t sleep on Joe Biden. The expectations bar has been set so low for him by the Trump campaign attacking him ferociously, that he might surprise everyone if he just delivers a decent performance.

Ultimately though, will the debates move the needle? Probably not. Research suggests debates generally don’t have an electoral impact, and that may be especially true this time as polls show 90% of voters have already made up their minds. Many have also voted by mailed ballots by now.

Still, we may get crucial insights into how different assets may react to the election if there is a clear winner tonight. 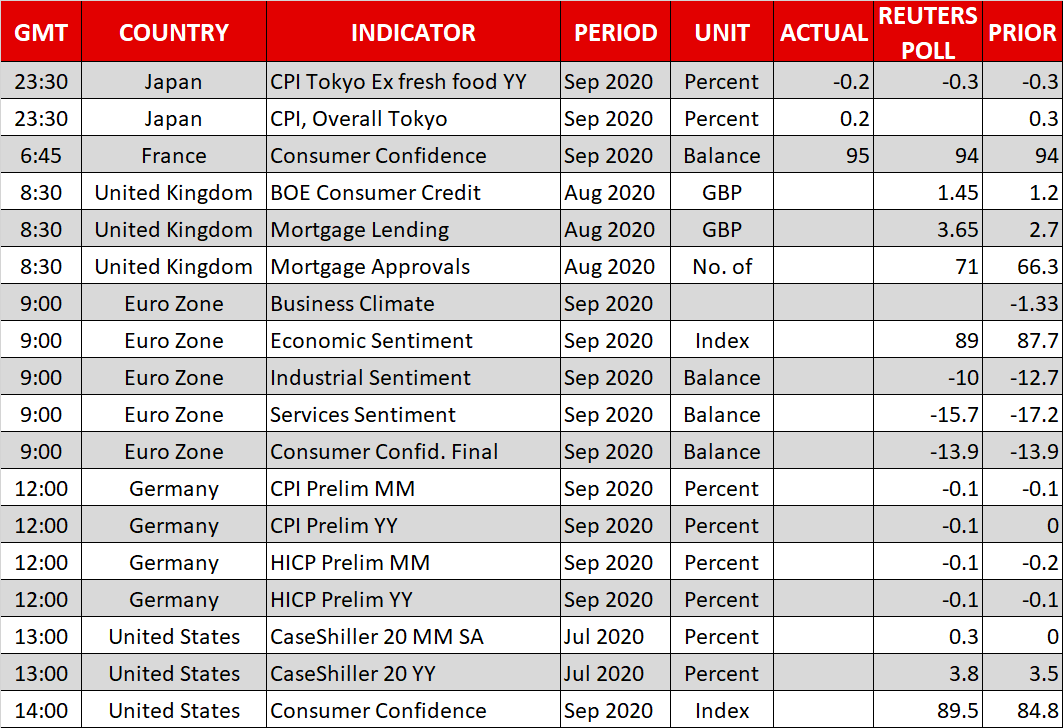