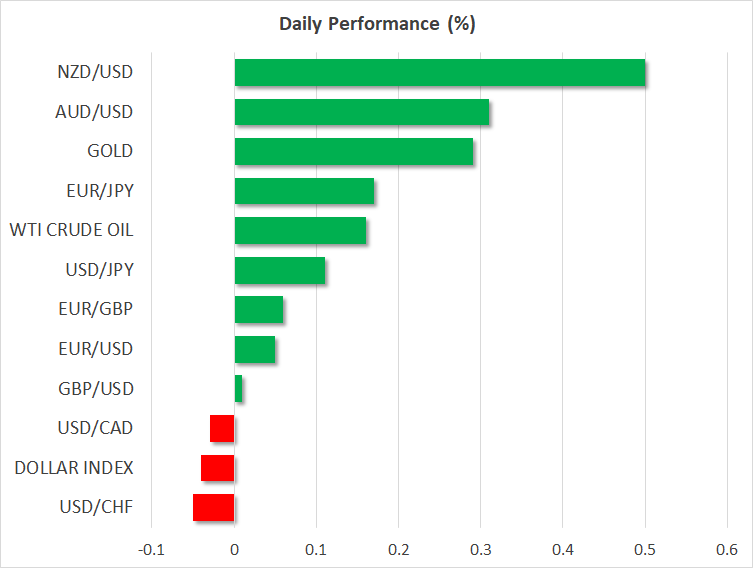 ECB meeting: Is ‘Super Mario’ coming with a bazooka or a toy gun?

The much-anticipated ECB meeting concludes today at 11:45 GMT, and a press conference by President Mario Draghi will follow at 12:30 GMT. Policymakers are widely expected to deliver a blend of stimulus measures to support the Eurozone’s ailing economy, such as a rate cut coupled with more Quantitative Easing (QE). Since some action is almost certain, markets will react mainly to the size of this stimulus package – i.e. how deep will rates be slashed, and how many billions/month will be allocated to QE?

Arguing in favor of aggressive stimulus are the euro area’s extremely low inflation expectations. Even though borrowing costs have dropped to near record lows in anticipation of ECB easing, that has failed to substantially lift market-based inflation expectations, which remain near all-time lows. This suggests investors don’t think the stimulus will be enough for the economy to truly recover, so the ECB needs to act boldly now to remedy that.

However, several of the more ‘hawkish’ ECB members – particularly those representing Germany and the Netherlands – have recently opposed a large package, arguing that there’s no need to restart QE at all. Blending everything together, the most likely outcome seems a compromise between the hawks and the doves, where the ECB delivers a rate cut that is larger than expected – for instance 20bp – but perhaps a smaller QE dose.

In the FX market, the main determinant for the euro’s immediate reaction may be how deep rates are cut, rather than outright QE size. Hence, a 20bp cut may send the single currency lower initially. The broader reaction though, will probably depend on what Draghi says. If he hammers home the message that the ECB is ready to do “whatever it takes” to boost the economy, that may reinforce any negative move. Otherwise, markets could sense the ECB is reluctant to do more, and thereby push the euro higher on a ‘sell the rumor, buy the fact’ reaction.

Global markets remain in a cheerful mood, with US stock indices surging to come within breathing distance of their record highs, after Washington and Beijing extended an olive branch to each other as a gesture of good faith ahead of trade talks in early October. China announced yesterday it will exclude some US products from its retaliatory tariffs, and overnight, Trump said he will delay the next scheduled increase in tariffs by two weeks.

In the FX realm, safe havens like the Japanese yen lost more ground, while commodity-linked currencies like the aussie and the kiwi are outperforming as previous short positions are unwound. While a comprehensive deal still seems unlikely next month given stark differences on issues like intellectual property, these are unquestionably positive signals, and may just be enough to keep market sentiment supported heading into the October negotiations.

On the data front, US CPI figures for August may attract some attention today.

Crude oil prices dropped sharply on Wednesday, following reports that President Trump discussed easing sanctions against Iran. This comes after the departure of ultra-hawk John Bolton from the White House, who was seen as the driving force behind Trump’s ‘maximum pressure’ approach towards Iran.

The implications for the market are clear. If Iranian sanctions are scaled back, that could bring an abundance of oil supply back to the market, driving down prices. Now, the focus shifts to whether Trump will meet with Iranian President Rouhani on the sidelines of the UN meeting later this month. Any signs of such a meeting could push oil much lower. 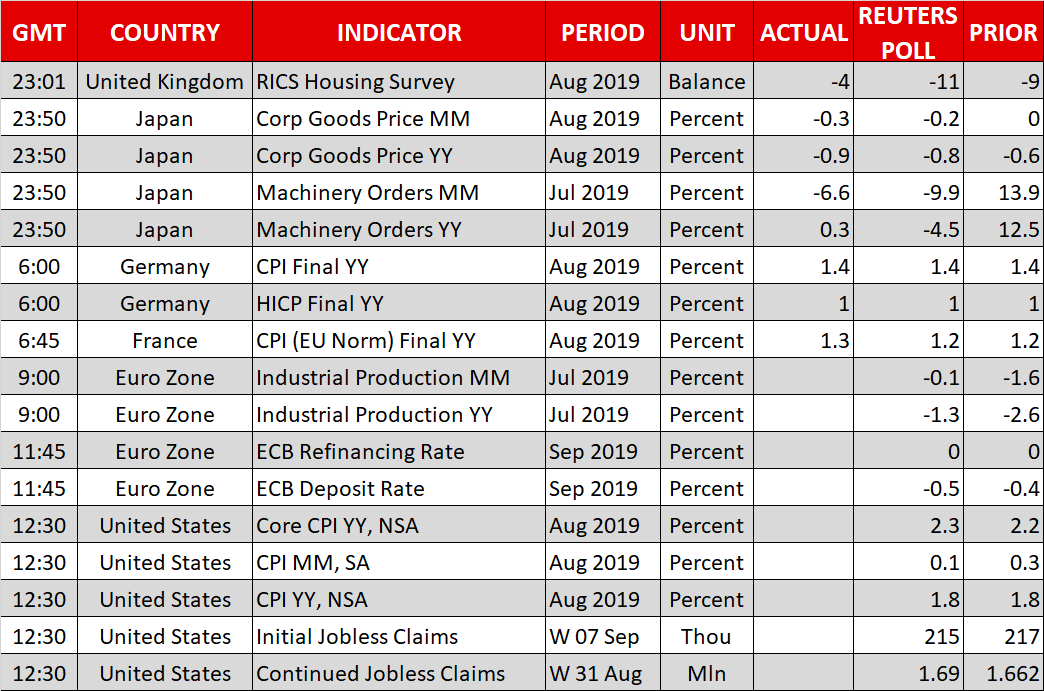