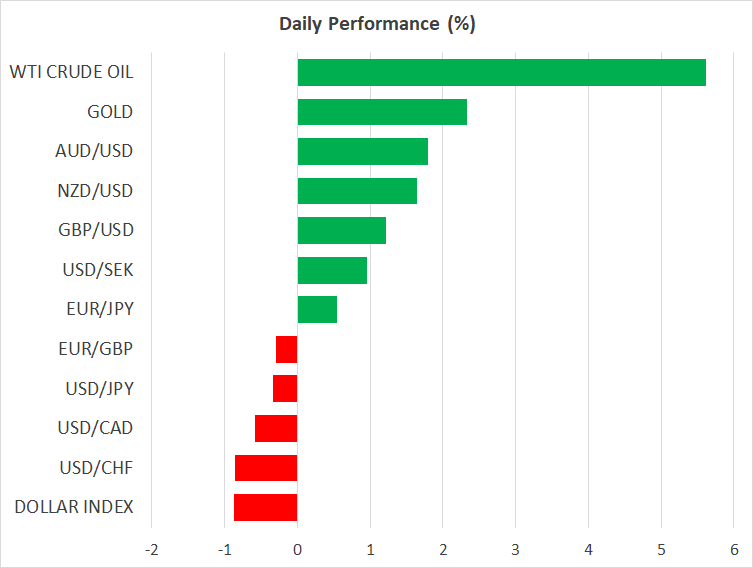 The Federal Reserve went ‘all in’ yesterday, promising to buy unlimited amounts of Treasury bonds and mortgage backed securities (MBS) to stabilize financial markets and negate some of the economic damage caused by the pandemic. It also pledged to buy corporate bonds to support big businesses through these difficult times, and to set up a lending program calibrated for providing credit to smaller companies.

This is an unprecedented move. The Fed has effectively guaranteed the MBS market and the investment grade bond market, ensuring as much as possible that the pain from the economic shutdowns will not cascade into serial defaults in financial markets. The Fed has essentially backstopped credit markets, eliminating much of the systemic risk that typically arises in such crises.

The greenback moved lower and continues to retreat today, as the implicit promise to flood the market with dollars for as long as this crisis lasts took the wind out of the reserve currency’s sails. That said, the dollar’s retreat was only modest, and it remains near its recent highs. This implies that funding pressures haven’t evaporated, and that companies are still scrambling to secure the world’s main settlement currency ahead of a sharp hit to their cashflow.

Is this the beginning of the end for the dollar’s rally then? Perhaps not. While this is clearly a negative development overall, in the short-term, the most important driver for the dollar will probably be risk sentiment. On that front, things still look shaky and might worsen further in the coming days, as economic data starts to roll in and the virus fallout becomes clearer. In other words, while the panic has calmed for now, it hasn’t gone away, and the dollar could come roaring back if sentiment sours again.

The Fed’s ‘whatever it takes’ moment received a cold reception from Wall Street though. While US stocks shot higher on the news, the bounce didn’t last, and the likes of the S&P 500 fell back into the red to close 2.9% lower.

The losses were owed to 1) discouraging signals about the spending package passing the Senate, 2) the White House suggesting it might lift business restrictions early, hence risking greater contagion and 3) a barrage of worrisome virus headlines.

Yet, the mood has reversed again today. Asian stocks are a sea of green while futures point to a ~4.5% higher open on Wall Street, following reports that the Senate is on the brink of reaching an agreement on the gigantic rescue package. The package, rumored at almost $2 trillion, could be approved by the Senate as early as today.

While an official approval could add fuel to the market’s ‘risk on’ mood and help equities extend their recovery today, it’s still doubtful how long the optimism can survive. The Fed threw the kitchen sink yesterday but that was only enough to lift equities for a few minutes. Meanwhile, will any rebound in stocks be sustained if initial jobless claims – due on Thursday – show a record number of Americans being laid off?

In the broader FX sphere, the dollar’s pullback is helping every other major currency reclaim some ground, and commodity-linked currencies like the aussie are leading the way amid the calmer mood.

The euro barely reacted to the release of the Eurozone’s preliminary PMIs earlier today, despite the figures falling short of the already-gloomy forecasts.

Meanwhile, the Fed’s ‘endless QE’ came as music to the ears of gold bulls. Bullion – which pays no interest to hold – becomes more attractive as interest rates fall, and also benefits from a weaker dollar.

Finally, the UK was put on lockdown yesterday to slow the pandemic. 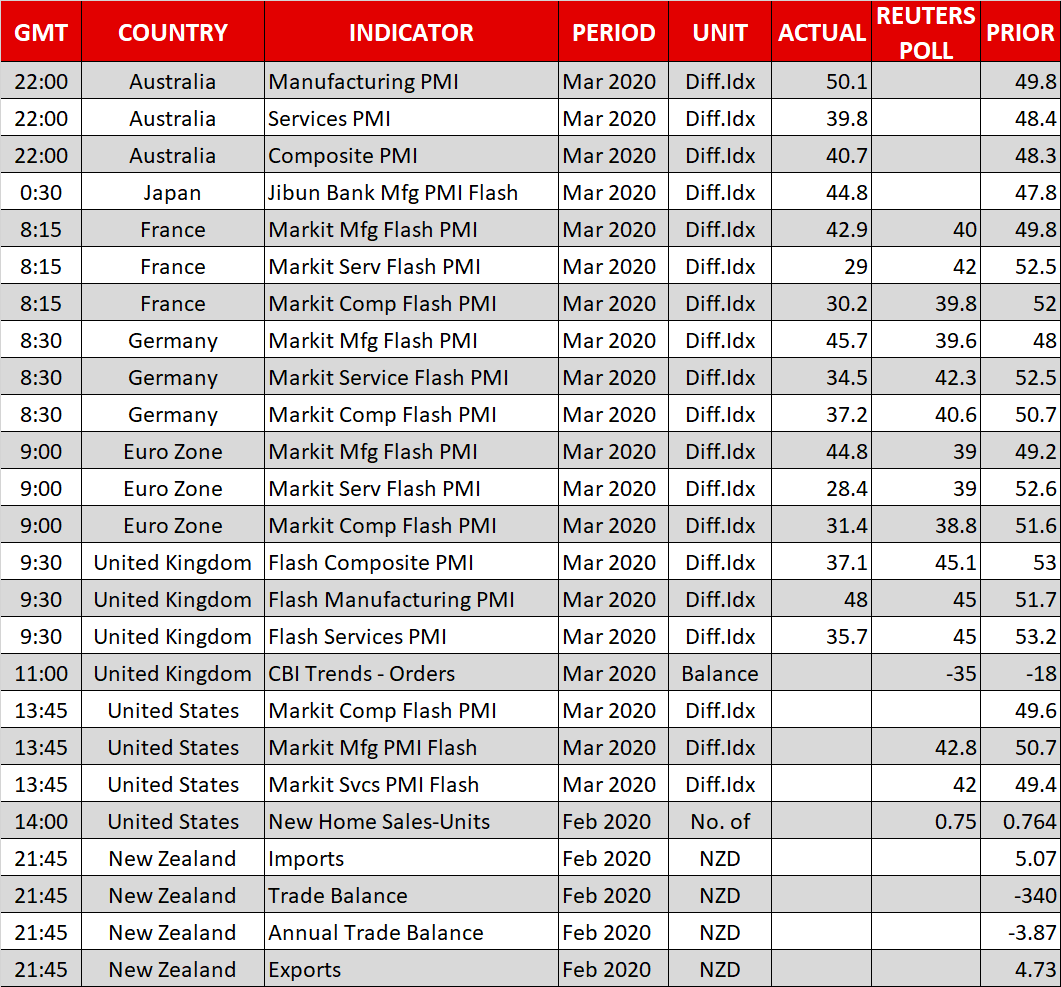