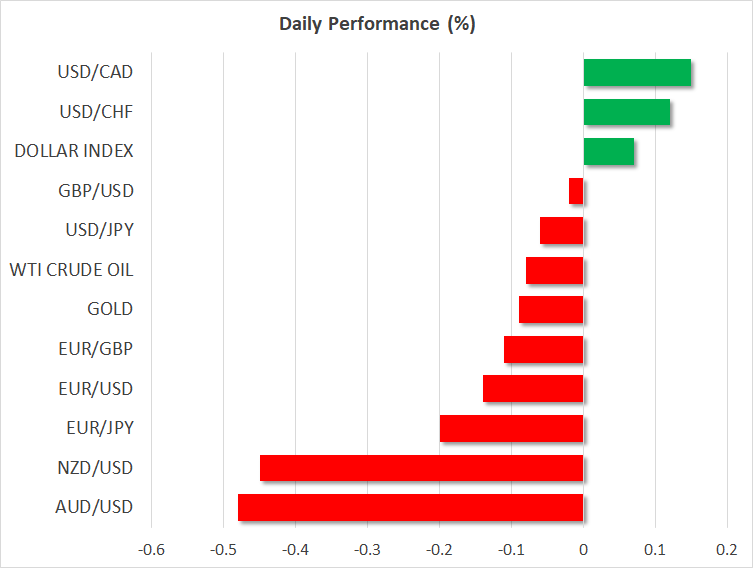 The relief rally sparked by China’s efforts to contain the coronavirus and support its economy appeared to run out of steam by the end of the week as most major stock indices in Asia turned red on Friday. Futures for European and US indices also pointed to a negative day with the market mood globally turning more cautious.

After subsiding earlier in the week, fears about the virus and its human and economic costs were once again front and centre as the number of new reported cases continued to rise in worrying numbers, serving as a reminder to investors that the outbreak is far from being under control. The global death toll has now surpassed 600, with China reporting 73 new deaths on Thursday.

While the epidemic is still being viewed as a temporary disruption by policymakers and investors alike, there’s a risk markets are greatly underestimating the likely damage to global growth as Chinese travel restrictions remain in place, with many businesses still shut. The draconian measures imposed by China have already started to constrain global supply chains and there’s a real danger traders have yet to comprehend the potential full impact of the disease on economic growth and company earnings.

As the mood in equity markets soured, safe haven currencies such as the yen and Swiss franc came back in demand, though the traditional haven asset – gold – was flat on Friday as it took a breather from two days of gains.

The yen rose sharply against the risk sensitive Australian and New Zealand dollars but was steadier versus the US dollar, which eased slightly to 109.92 yen after briefly touching the 110 level earlier today.

The greenback has been boosted by a series of solid data out of the United States this week and all eyes will be on the January nonfarm payrolls report due later today for further signs of economic strength. The US economy is expected to have added 160k jobs last month, though following Wednesday’s strong ADP report, the risk is tilted in favour of a positive surprise.

Pound and euro continue to slide

While the aussie and the kiwi were today’s worst performers, the British pound is on course to be the week’s worst performing major currency. Sterling has come under pressure from Prime Minister Johnson’s refusal to sign up to EU rules as part of a post-Brexit trade deal, raising the prospect that the UK will only agree to loose trading terms and lose access to the single market once the transition period ends at the end of the year.

The pound last stood near 6-week lows at $1.2930, while the euro didn’t fare much better as it slid to a 4-month low of $1.0955. Investors remain unconvinced by a pickup in Eurozone PMIs in January, but a resurgent dollar has also been pressuring the single currency.

Meanwhile, in commodities, oil prices held steady, with WTI and Brent crude trading slightly above the $51 and $55 a barrel levels respectively. After falling sharply since the start of the year, oil prices found support this week from moves by OPEC and other major producers to curb output. The technical committee of OPEC+ yesterday recommended that the alliance cut output by 600k barrels per day, though Russia has yet to decide whether it backs such a large cut. 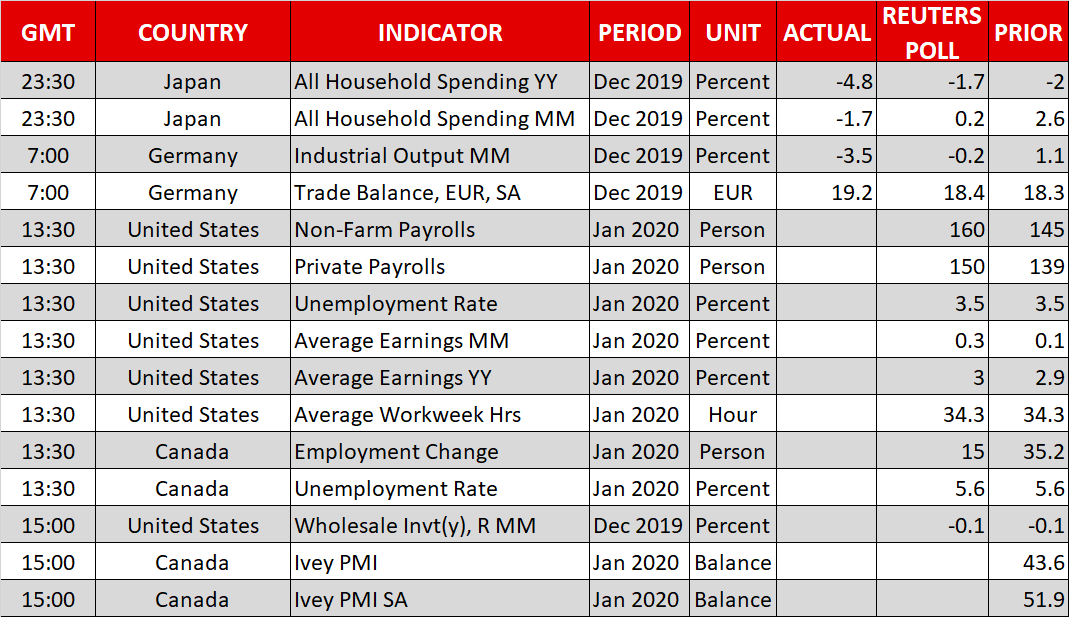