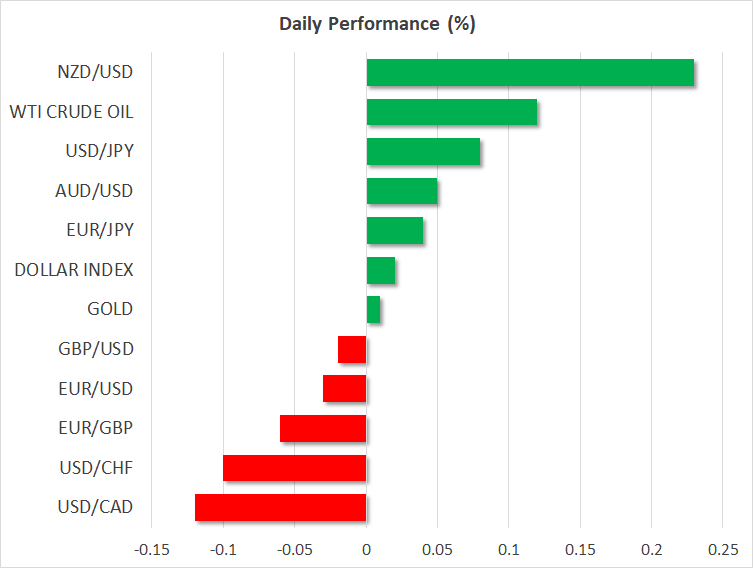 The Federal Reserve’s powers for fighting the pandemic were severely curtailed on Thursday after Treasury Secretary Steven Mnuchin took the unusual step of not extending funding for many of the central bank’s emergency lending programs that are financed by the federal government.

Mnuchin is hoping the funds can be used by Congress for other needs but many believe the move is designed to hinder the incoming Biden administration’s ability to effectively respond to the latest escalation of the coronavirus in the United States.

Although a lot of the emergency facilities introduced at the height of the virus crisis in March, such as the Main Street Lending Program, have barely been used, the Fed believes their presence is crucial in maintaining calm in financial markets as they act as an important backstop for the economy.

Fed Chair Powell had recently hinted that those emergency programs, which are due to expire at the end of the year, were likely to be extended in December. But Mnuchin’s decision to pull the plug on most of them now leaves the Fed racing to come up with alternative measures of support for the economy as there has been no let-up in the surge of new infections across the country.

The daily tally of new infections in the US hit another record yesterday, reaching 185,000 cases, with California announcing a night-time curfew. The growing list of restrictions may have already started to hurt the recovery as jobless claims unexpectedly rose last week and were also up from the prior week, signalling a stalling jobs market.

Renewed worries about the economy amidst all the vaccine euphoria has put a dampener on stocks this week. After a strong start, the Dow Jones and S&P 500 are on track to end the week flat. But the tech-heavy Nasdaq Composite is set for moderate gains as tighter restrictions have boosted stay-at-home and defensive tech stocks. Futures contracts for all three indices were last trading in the red, though the Nasdaq was outperforming again and almost flat.

There was some good news for the markets to digest this morning, however, as talks between Republicans and Democrats in the Senate on a new fiscal stimulus package have restarted. Given that previous efforts proved fruitless and a deal is unlikely before the new administration has been sworn in, reaction in the markets is fairly muted, though it is providing some support against all the negative virus headlines.

Relief that the ballot recount in Georgia for the presidential election has confirmed Joe Biden as the winner in the state may also be contributing in steadying the mood today as Trump’s legal team appears to be running out of options in overturning Biden’s victory.

European shares opened higher on Friday and major FX pairs were confined to narrow ranges. The New Zealand dollar was again the exception as it edged up 0.25%. The US dollar managed to regain some positive footing after yesterday’s downside reversal. It was last up marginally against a basket of currencies.

The euro slipped slightly amid caution about the fate of the EU’s virus rescue fund as the stand-off between Hungary and Poland and the rest of the bloc shows no sign of being resolved quickly.

The pound inched higher as hopes of a Brexit breakthrough remain high despite the talks in Brussels being temporarily suspended after a member of the EU’s negotiating team tested positive for COVID-19, forcing Michel Barnier to self-isolate. EU leaders have reportedly been briefed today that a deal is very close, though differences persist on the main sticking points of fisheries, governance and level playing field. The next few days will be critical as it will be extremely difficult to extend the negotiations beyond the end of next week if a trade agreement is to be ratified by all parliaments by December 31.