The Fed will conclude its policy meeting at 18:00 GMT Wednesday, ahead of Chairman Powell’s regular press conference half an hour later. The central bank is certain to use this meeting to explain its new inflation-overshooting regime in more detail. What is less certain is whether it will also deliver new measures to lift inflation. Considering the strength of recent data, there’s little urgency to do so. Policymakers can afford to wait until after the US election, which may give the dollar a brief boost.   Letting it run hot

The Fed sent shockwaves through global markets in late August, after it announced that it will be more tolerant of higher inflation. Chairman Powell made it clear that for his central bank to even consider raising rates again, policymakers would need to see a sustained period of inflation exceeding the Fed’s 2% target. The signal was that even if the economy improves drastically, rates will still not be raised for a long, long time.

By convincing markets that the economy will be allowed to run hot, the Fed hopes to make its job easier. If investors believe inflation is going to overshoot, that might become a self-fulfilling prophecy. Expectations that rates will stay low no-matter-what would help loosen financial conditions further, driving borrowing rates even lower and powering up the economic recovery. This is what the Fed wants to achieve. 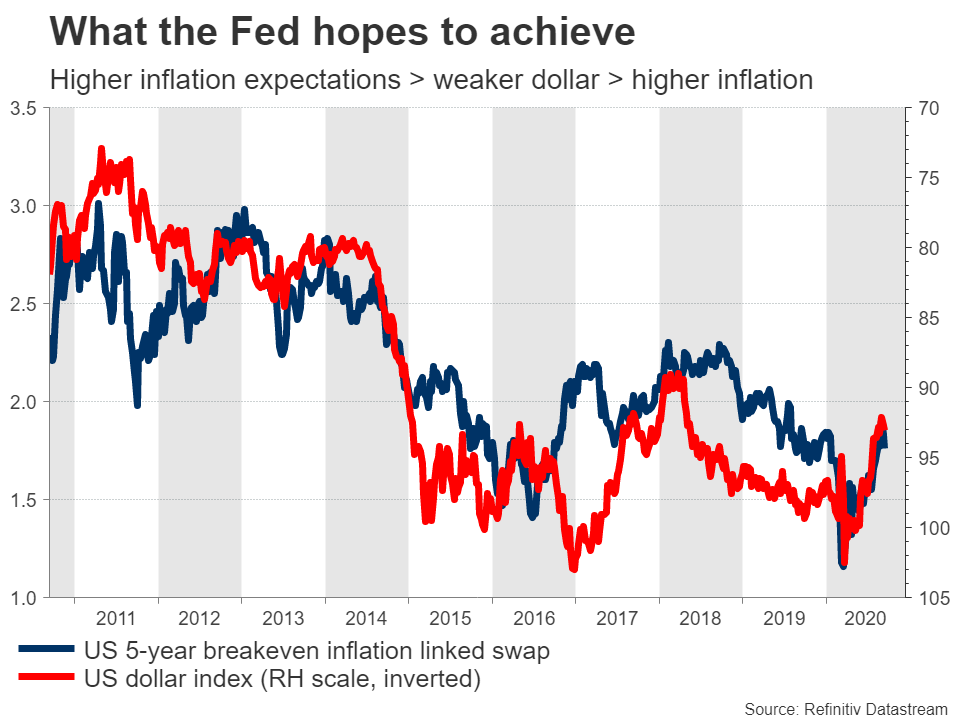 But to convince markets this is indeed the destination, the Fed has to back it up with action, or at least the credible threat of action. This is where this meeting comes in. Will the Fed deliver new measures aimed at boosting inflation to make its new framework more credible, or will it simply signal that more action can always come later and sit back until the US election has passed?

Admittedly, it seems more likely that the Fed might sit back for now. The minutes of the July policy meeting showed there is no great rush to act, a view echoed by a few officials like Evans and Bostic lately, who hinted they would like some more clarity on the direction of the economy before taking any major decisions.

More importantly, economic data have been improving. Consumption has bounced back nicely, the labor market is recovering jobs at a decent pace, and the latest CPI numbers showed inflation is heating up already. These imply that policymakers can afford to wait until after the US election before doing anything drastic, as the outlook for government spending will also become clearer by then, giving them a better sense of how much more stimulus is required.

The bottom line is that this meeting may serve more as a public relations stunt, where the Fed explains its newfound tolerance of higher inflation in more detail, rather than deliver new measures. If so, that would argue for a spike higher in the dollar and perhaps a pullback in stocks, as those looking for an immediate ramp up of QE are left disappointed. 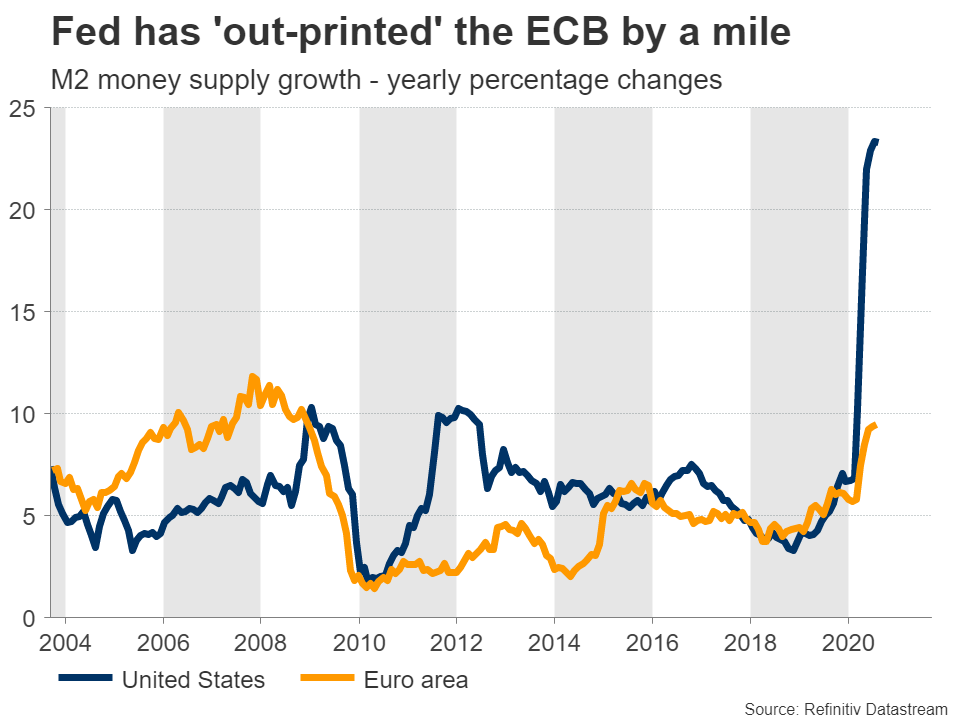 That said, it is important to stress that the broader trend is for a weaker dollar, so any upside may remain short-lived. It is quite difficult to envision any sustained dollar rally in an environment where the Fed is ‘out-printing’ the ECB, Biden is ahead of Trump in key battleground states, and stock markets are back near record highs.

Investors will also pay attention to the new ‘dot plot’ of interest rate projections, which for the first time will include rate forecasts for 2023. Additionally, the retail sales for August will be released a few hours ahead of the Fed decision.

Taking a technical look at euro/dollar, a potential pullback might stall initially near the 1.1825 mark.

On the upside, if the Fed does deliver new measures or is sufficiently dovish to sink the dollar, the pair may encounter immediate resistance around 1.1915.

Week Ahead - RBA to stand pat but BoE might taper; Can a bumper NFP excite after dovish Fed?