The minutes of the latest Fed meeting will hit the markets at 18:00 GMT Wednesday. Investors will look for any hints as to the Fed’s next move, which will probably be to strengthen the forward guidance. Clear signals that this might be announced in September could weigh on the dollar and boost stocks, albeit not much, as this is the consensus view. Overall, the dollar’s path will be decided mostly by what Congress does and how the virus picture evolves. Laying the groundwork

The world’s most powerful central bank took no action in July but noted that high-frequency indicators suggest the recovery may have stalled, thanks to the latest spike in infections. The message was if this softness persists, then more stimulus might be needed to keep the economy going. And with Congress not getting its act together to deliver that stimulus, policymakers may feel even more pressure to act.

The Fed has already slashed interest rates to almost zero and introduced what has been dubbed ‘QE infinity’, so it must resort to even more unorthodox policies now. This is precisely what the minutes might reveal: which tools are most favored by the Committee, and in which order would they utilize them?

Recent communications suggest the most popular strategy would be to strengthen the forward guidance. This can be done in many ways, but what is mostly being discussed now is introducing ‘average inflation targeting’, meaning the Fed would tolerate inflation above 2% for some time to make up for long periods of undershooting that target. 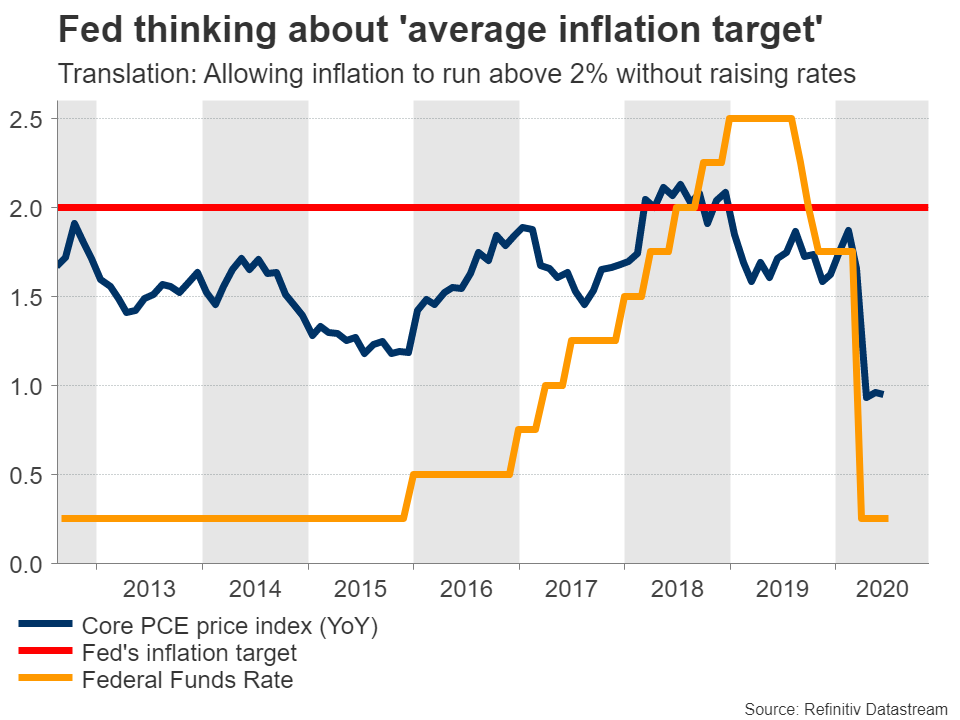 The bottom line would be that even if the economy improves drastically, the Fed still won’t raise interest rates again for a very long time. This is the message policymakers want to drive home for financial conditions to loosen further and power up the recovery.

But this is not a surprise

Typically, strong signals in the upcoming minutes that such a policy shift is looming would be bearish news for the dollar, and bullish news for stock markets as well as gold. This may still play out, but any such reactions will likely be minimal. The Fed has telegraphed this move well in advance, so it wouldn’t be much of a surprise for investors.

All eyes on Congress and virus numbers

Instead, what might truly drive the dollar is what happens with Congress and how virus numbers evolve. On the stimulus front, negotiations around a new relief package have almost broken down, as neither side feels the urgency to compromise. Markets are still calculating that a deal will be worked out soon, since no politician wants to take the blame for shattering the recovery ahead of an election. 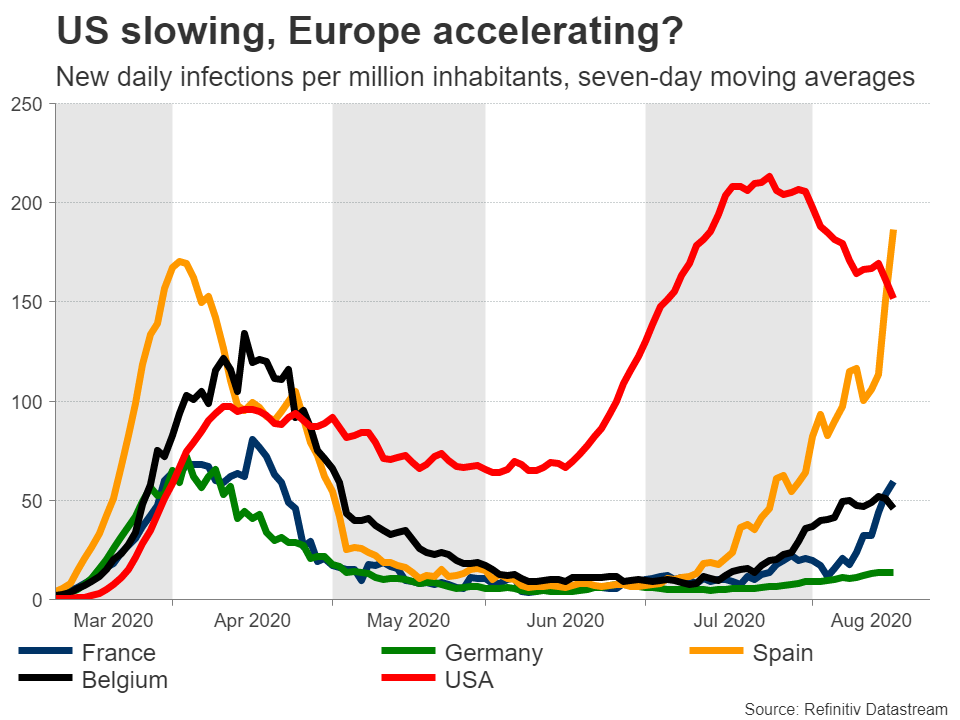 But that may be the wrong assumption. The longer this impasse lasts, the closer we get to the election, and the tougher it might be for politicians to make compromises without looking weak. Major policy decisions usually don’t get taken right before an election. In other words, while it’s logical to say that politicians will eventually get their act together, that might not reflect how US politics work.

On the other hand, US virus numbers are moving in the right direction. New daily cases have declined substantially, painting a brighter picture for future growth, in contrast to the Eurozone where cases are soaring again. If this virus trend reversal continues, with America slowing down and Europe accelerating, that could derail the hypothesis that Europe will recover faster, and perhaps trigger a substantial correction in euro/dollar.

Taking a technical look at the pair, a potential pullback could encounter immediate support near 1.1915, with steeper losses turning the focus back to 1.1805.