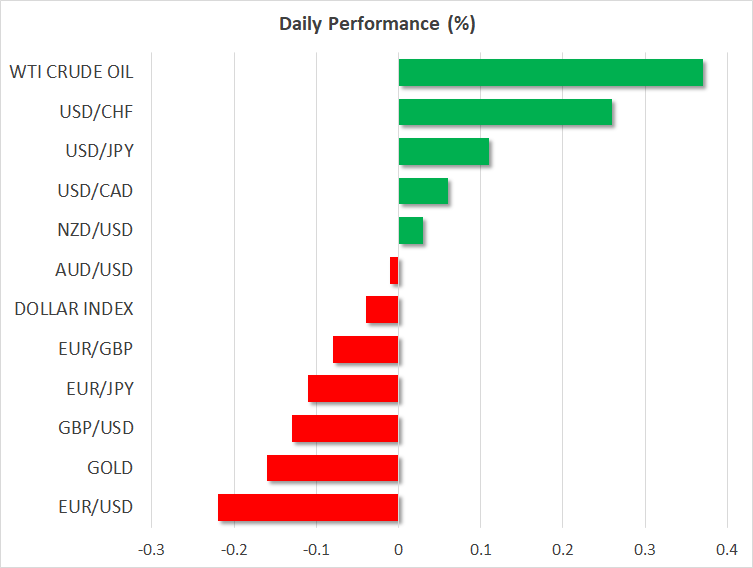 Optimism about a stronger economic outlook and an ebb in the pandemic continued to gather pace on Wednesday, erasing last week’s jitters that sent stocks plunging and the dollar soaring. Equities have since made a powerful comeback, but the US currency has only extended its gains, underlining the changing dynamics behind the dollar ever since the Democrats swept the two Senate seats in the Georgia runoffs.

Expectations that the Democrats’ grip on both chambers of Congress will enable the Biden administration to follow through with its pledge to spend big have started to materialize. President Biden appears to be giving up on the idea of reaching a bipartisan deal with the Republicans as the two sides are far apart on what the next relief package should look like. Instead, the Democrats are edging closer to following the budget reconciliation route to get the bill through the Senate, which would allow them to pass the stimulus legislation with a simple majority and evade the filibuster that requires a 60-vote supermajority.

The Senate yesterday passed the budget resolution introduced by the Democrats, potentially paving the way for the $1.9 trillion virus aid bill to get approved by mid-March.

The prospect of more stimulus in the not-too-distant future lifted Wall Street, with the three main indices closing around 1.5% higher on Tuesday. E-mini futures indicate US stocks are headed for a third day of solid gains, with Nasdaq futures leading the way. Tech stocks are expected to outperform today after both Amazon and Alphabet (Google) handily beat analysts’ estimates with their Q4 earnings. Qualcomm, Paypal and Ebay will be today’s highlights.

The big earnings releases seem to have shifted the spotlight away from the Reddit trading frenzy brought on by small-time retail investors. GameStop and AMC Entertainment shares extended their losses on Tuesday, though it’s probably only a matter of time before Reddit traders turn their sights onto a new target.

European shares were also in positive territory today, supported by upward revisions to the region’s services PMIs for January.

The euro, however, continued to struggle on Wednesday, drifting towards the $1.20 level. The fall in Eurozone GDP in Q4 was not as bad as anticipated and the January PMIs suggest the first quarter drop might also not be as severe as initially feared. But investors are more worried about how quickly the euro area will recover in the second and third quarters given the slow rollout of vaccines in the European Union in comparison to the US and UK.

The pound held near 9-month highs against the euro but lost ground versus the resurgent US dollar, slipping to around $1.3655. The greenback hit a 2-month top against a basket of currencies yesterday even amidst the positive risk tone as long-dated Treasury yields extended their week-long ascent. The closely watched two- to 10-year curve is steepening again, as yields reverse the post-Fed meeting declines.

Even the risk-sensitive aussie and kiwi found it difficult to overcome the dollar’s advances, rising only marginally. The kiwi was unable to hold onto the $0.72 level, having popped above it following stronger-than-expected jobs figures out of New Zealand.

The Canadian dollar was another laggard today, getting only a limited boost from higher oil prices, which have soared to one-year highs after OPEC said it expects the oil market to remain in deficit in 2021. 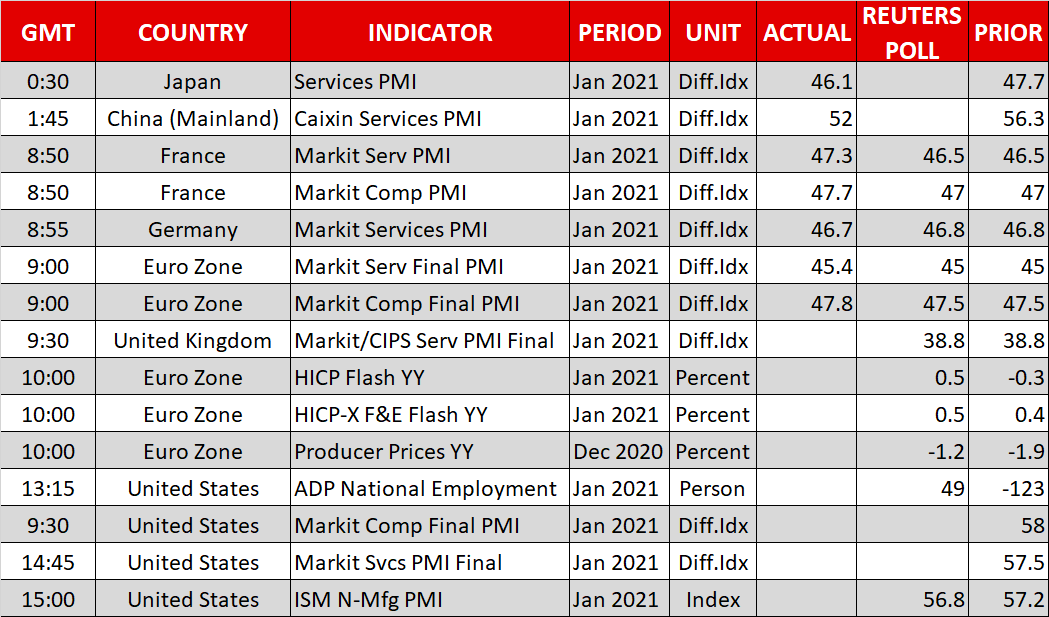