Daily Market Comment – Can the Bank of Canada pull off a 'cautious' tapering? 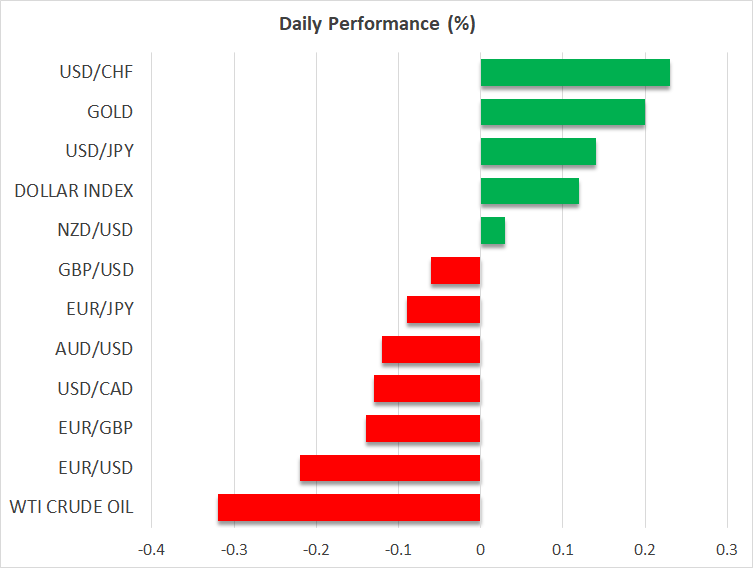 BoC to take its foot off the QE gas

The Bank of Canada will likely become the first major central bank to scale back its emergency stimulus programs today. The nation's immunization program is firing on all cylinders and the economy has performed better than anyone expected, with some impressive employment data lately and the BoC's own business survey painting a rosy picture.

Meanwhile, oil prices have risen, the housing market is booming, and some benefits from the overflow of federal spending in America are bound to spill over into Canada. The only worrisome point is that infections have risen again, forcing some regions back into a lockdown. That said, with vaccinations becoming so widespread, that's likely to be a temporary setback.

But perhaps the main element arguing for a withdrawal of liquidity is that the BoC did too much QE, too early. The Bank now owns around 40% of all Canadian bonds and Governor Macklem has warned that if that number rises beyond 50%, it could distort market functioning. As such, it seems like the BoC will have to put on the brakes.

The market reaction will depend on how much QE is dialed back. The Bank currently buys C$4 billion per week in bonds, which might go down to C$3 billion. Normally this would argue for a positive reaction in the loonie, but the BoC will be cautious not to sound 'too optimistic', tightening financial conditions excessively. Even if the Bank manages to paint its decision in a cautious frame and the loonie spikes lower, the bigger picture seems bright given the overall economy.

Dollar back in the ring, stocks lose some altitude

In the broader market, risk aversion made a rare comeback. Wall Street lost some altitude, although it remains within striking distance of its record highs. Some suggest the nerves are linked to a resurgence of covid infections in emerging markets, or the showdown between Russia and America in the Black Sea.

However, this may be a classic case of fitting the narrative to the price action, as equity markets haven't cared about covid statistics or geopolitical tensions for a long time now. Instead, some players may be simply adopting a more defensive risk profile before the earnings season fires up, trying to dodge a deeper correction in case corporate results don't live up to the market's rosy expectations, like Netflix yesterday.

In the FX theater, the flight to safety breathed some life back into the dollar, which continues to recover today even as stock markets have stabilized. The move highlights that the world's reserve currency can shine 'in all weathers' these days, both as a defensive asset and as a cyclical one given the narrative of US economic exceptionalism.

The yen was revived too, as the pullback in global bond yields has compressed rate differentials between Japan and other economies again, lessening its yield disadvantage. Japanese stocks weren't as fortunate though, with the Nikkei tumbling by 2% today on reports that Tokyo and Osaka might go back into a state of emergency.

In the commodity sphere, crude oil took a hit amid the risk aversion, rising infections in emerging markets, and signs of progress in the US-Iran nuclear talks. The latter is the most crucial element to watch. If investors sense there's a real chance the crippling US sanctions on Tehran's oil exports might be lifted, a meaningful correction could follow.

Finally, the setback in Treasury yields has been a blessing for gold, which has formed a new support base around the $1765 region. Whispers of inflation have also grown louder lately, with Procter and Gamble announcing that it will raise its prices on a range of household products come fall. 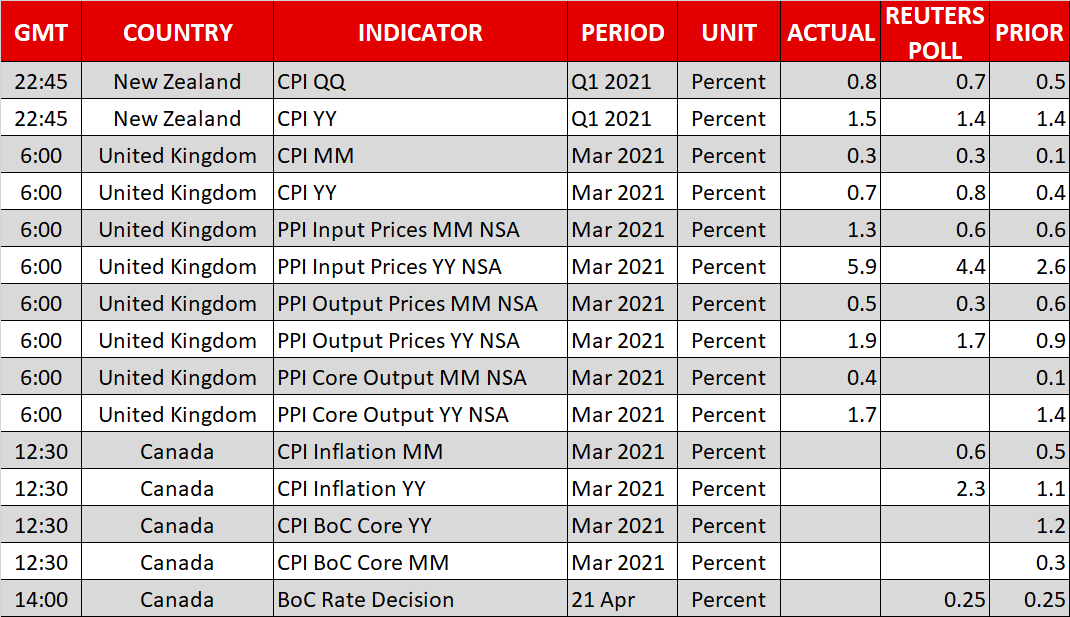 View All
XM Research - 18 hours ago