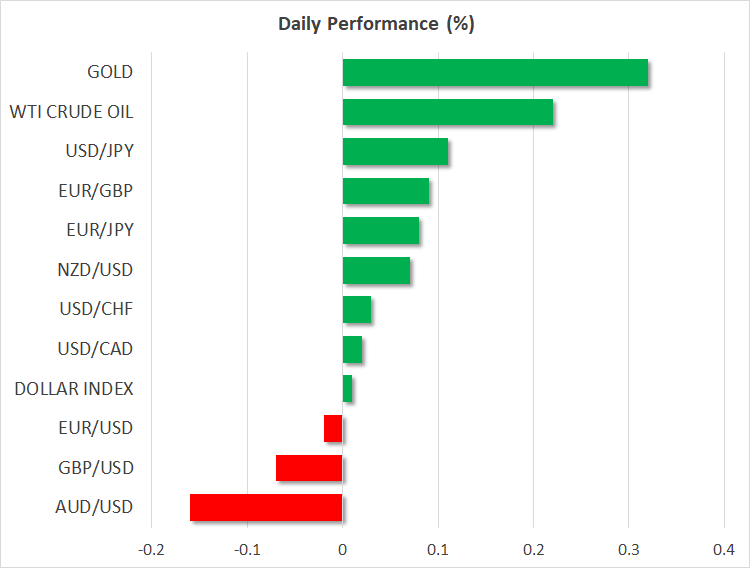 Fresh concerns that the Delta Covid-19 strain will undermine the recovery in Asia and possibly elsewhere too hurt sentiment on Thursday, though positioning ahead of tomorrow’s US jobs data also made for some cautious trading. The US dollar advanced to a near 3-month top against a basket of currencies towards the Asian close, building on yesterday’s impressive gains, but lost some steam as European trading got underway.

Fears that the current wave from the Delta outbreak could be the biggest yet in some Asian countries are generating some flight to safety, with the US currency being favoured over its other safe-haven peers such as the Japanese yen due to America’s much higher vaccination rate as well as of course the stronger economic rebound.

Friday’s nonfarm payrolls report will likely point to further progress in the US jobs recovery and although the numbers are not expected to be anything spectacular, they should nevertheless be strong enough to keep the Fed on track to begin withdrawing some of its stimulus later this year.

Dallas Fed President Robert Kaplan – one of the Fed’s more hawkish voices but not a voting member until 2023 – repeated on Wednesday that he would like to see tapering to start “sooner”.

Markets have slowly been adjusting to the prospect of less central bank stimulus in the coming months. But with the recovery still lagging in some major economies such as the Eurozone and Japan, and under threat in other places like Australia, the Fed could end up being one of the first to taper despite all the dovish rhetoric, so this latest dollar upside could be one of many more to come.

Asian stocks were down in the dumps on Thursday as manufacturing PMIs for June provided the first evidence that the increased virus restrictions because of the dangerous Delta variant is impeding economic activity. The IHS Markit gauges plunged below 50 in Malaysia, India and Vietnam, while the manufacturing expansion eased in China and Japan.

Most Asian stocks ended the day in the red, but the mood appears to have brightened up in the European session with the region’s major indices jumping by 1%. US stock futures also perked up, rising by around 0.3%, putting the S&P 500 on course for a fifth consecutive record close.

Optimism about the reopening of the sectors hardest hit by the pandemic as well as expectations that easy money will remain plentiful even after tapering begins is supporting equities in North America and Europe where vaccinations are high and still rising.

It was a more subdued tone, however, in currency markets as the euro slipped to almost 3-month lows against the US dollar, hitting $1.1836, while sterling was testing the key $1.38 level to the downside. Yesterday’s decision by the EU to extend the grace period for checks on chilled meat products from Britain to Northern Ireland, which came hot on the heels of Monday’s announcement of an EU-UK deal on data flows, hasn’t provided much of a lift to either the euro or pound.

Commodity-linked currencies also continued to struggle against the greenback, though they were off their lows and turned positive versus the yen as sentiment improved from earlier in the day. The Canadian dollar remains overpowered by its US counterpart even as oil prices firmed from the overnight dip.

WTI and Brent Crude futures were last up more than 1% as investors don’t see a significant danger of excess supply forming in the oil market should the OPEC+ alliance decide to raise production by 500k bpd as expected at their meeting today. Oil prices slid to one-week lows earlier in the week amid concerns about the demand outlook following the fresh lockdowns in Asia. But it’s likely that OPEC and the other major producers will proceed very cautiously with their output increases, which should stave off a huge supply glut. 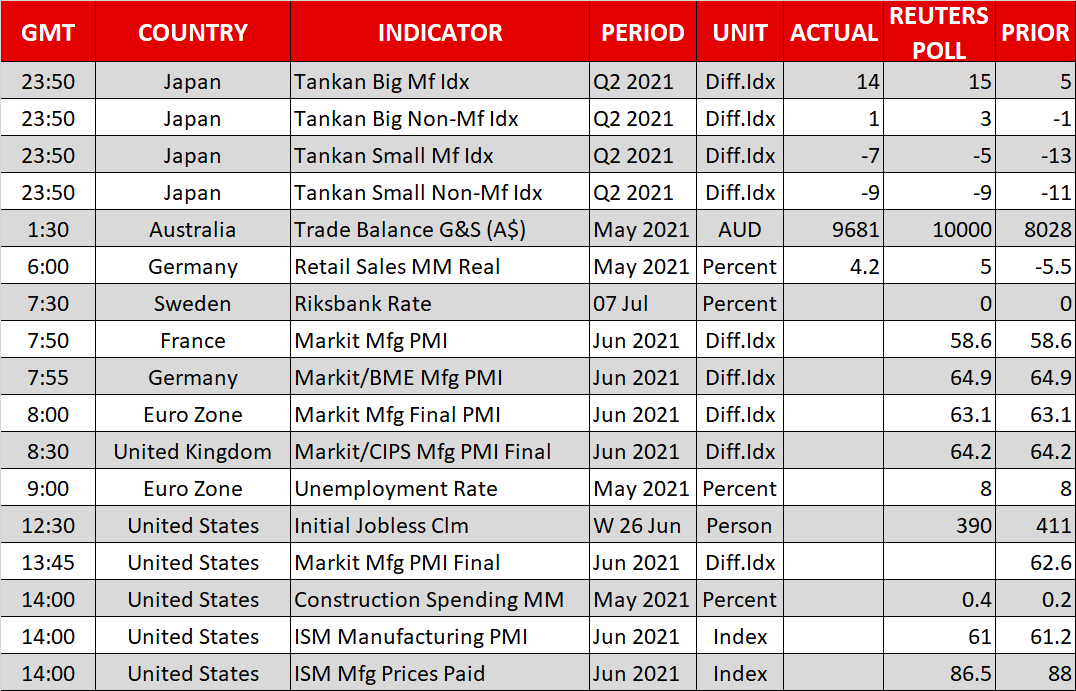 View All
XM Research - 14 hours ago

US Open Note – Calm day ahead of busy week; oil around $85

Weekly comment – ECB and BoC to go their separate ways