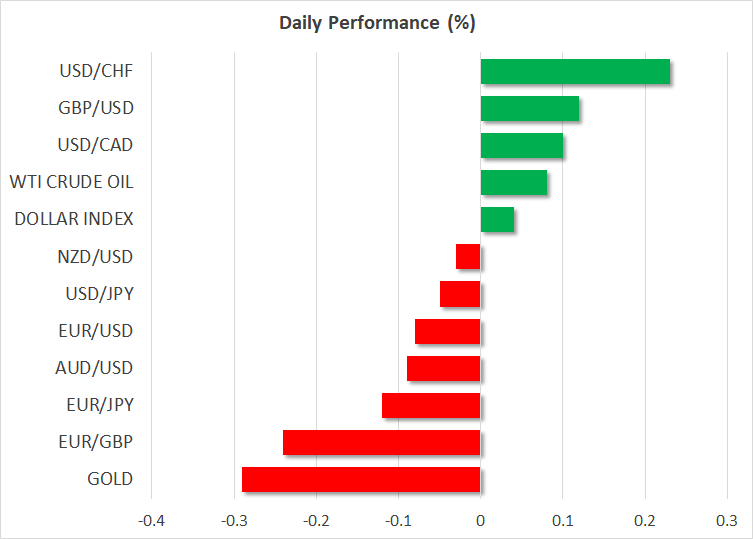 All eyes on US inflation

With yesterday’s $96 billion Treasury auction passing uneventfully, investors have turned their attention to the latest reading of the consumer price index out of the United States later today. Expectations of a spike in US inflation have been running high for some time now and markets are likely to get the first taste of actual inflation shooting above the Fed’s 2% target at 13:30 GMT.

After plunging to almost zero per cent during the pandemic, America’s headline inflation rate is projected to have surged to a more than one-year high of 2.5% y/y in March. Supply-chain disruptions, soaring energy prices and pent-up demand, not to mention last year’s low base effect, are all anticipated to push up consumer prices over the next few months.

However, inflation expectations have stabilized lately as the Fed appears to have calmed market fears of inflation spiralling out of control even as policymakers hint at being perfectly comfortable to fall behind the curve. The Fed has been unified in its message that it believes any big overshoot of inflation will be temporary and that its main priority right now is achieving maximum employment.

Nonetheless, markets are likely to be sensitive to a bigger-than-expected jump in CPI, especially if strong inflation numbers are followed up by robust retail sales figures on Thursday, which would heighten concerns about an overheating US economy.

But there was some relief ahead of the key data releases as Monday’s auctions of US government bonds – part of a $370 billion Treasury sale over three weeks – was met with sufficient demand. There will be more auctions today, for 30-year notes, but while the yield on those was steady, the 10-year yield was edging higher, giving the dollar a nudge up.

The greenback has been see-sawing in recent sessions, with the dollar index forming a strong support region just above 92.0. The index’s trend has been defined by euro/dollar’s tight range in recent days and the upcoming data could be what triggers a breakout in either direction for the pair.

The euro’s unusual resistance against the US dollar is being driven by some doubts about the ECB’s commitment to keeping Eurozone yields low as well as signs that the EU’s troubled vaccination campaign is finally gathering speed.

The UK’s vaccination programme on the other hand has suffered a setback due to its over-reliance on the AstraZeneca jab, which has been mired in safety concerns, and this has been quite a drag on the pound. However, it’s been a positive start to the week so far for sterling as non-essential businesses in England and Wales have been allowed to reopen their doors as of Monday. In addition, the monthly GDP print released today showed the UK economy grew slightly in February, while January’s contraction was milder than initially estimated.

The Australian dollar continued to struggle despite upbeat trade figures out of China today. Soaring Chinese demand for imports was unable to lift the aussie but did buoy oil prices. The kiwi was up slightly ahead of the RBNZ policy decision early on Wednesday. Gold, meanwhile, remained on the backfoot, as it headed for a third-straight day of losses, brushing one-week lows. The precious metal could get a boost if US inflation beats expectations but even that may not be enough to counter the negative pressure from a possible subsequent surge in Treasury yields.

Stocks look to US earnings for direction

The mixed mood was also evident in equity markets where on top of the inflation angst, the start of the Q1 earnings season is also making some traders nervous. The S&P 500 held near record highs on Monday, but e-mini futures indicated another lacklustre session for Wall Street today.

That could easily change in the coming hours, though, if the US data sparks volatility in bond markets and as the earnings results start to come in. JP Morgan, Goldman Sachs and Wells Fargo will kick off the season tomorrow as investors eye a further recovery in bank earnings. 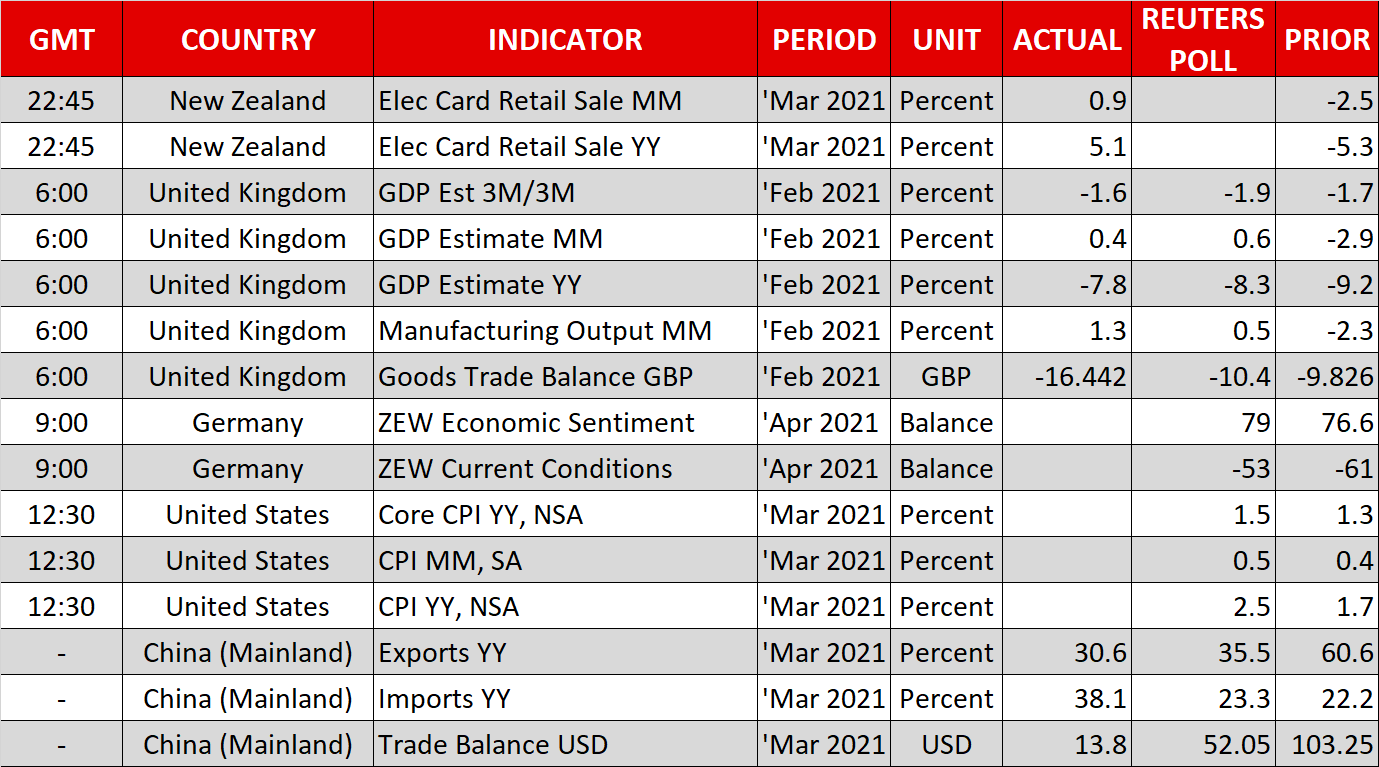