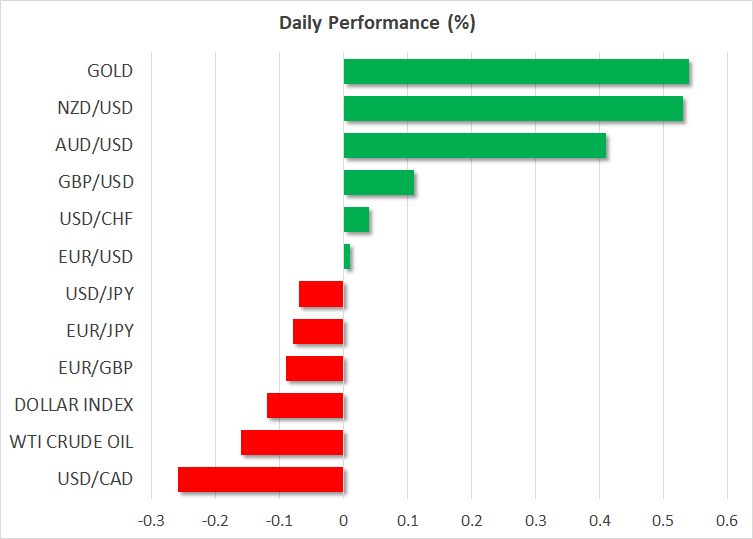 The US dollar slid and the 10-year Treasury yield held near three-week lows as Fed Chair Jerome Powell went out of his way to dampen fears of pre-emptive action to stem rising inflation. Speaking on Wednesday to the Economic Club of Washington, Powell reiterated that the Fed would only begin winding down its asset purchases when it’s made substantial progress towards its goals. But crucially, Powell signalled that tapering would happen “well before” they start considering raising interest rates.

Treasury yields edged lower after Powell’s remarks, with the 10-yield falling towards 1.61%. Markets have finally started to take note of the Fed’s repeated assurances that creeping inflation won’t derail its current policy path even as the US consumer price index soars past 2%.

With growth accelerating amid a deluge of fiscal stimulus, a rapid vaccine rollout and falling virus cases, the Fed’s own agents are reporting stronger hiring and upward pressure on prices according to the April Beige Book.

The fast-improving economic backdrop is limiting how far Treasury yields can pull back. But the ongoing risks to the positive outlook are also supporting safe-haven bonds as the setbacks with the AstraZeneca and Johnson & Johnson vaccines have shown that there’s still plenty that can go wrong, especially if a new vaccine-resistant strain of Covid-19 emerges.

But for now, investors took comfort in Powell’s ultra-dovish stance, which weighed heavily on the greenback. The dollar index plumbed a fresh four-week low today, lifting its rivals. The improved risk tone further dented demand for the dollar, as well as for the yen, though some of the overnight moves had started to reverse by the European open.

The euro and pound both turned flat, easing slightly from one-month and one-week highs, respectively, against the dollar. Dovish comments by ECB President Christine Lagarde yesterday may be curbing the euro’s advances while rising political risks in the UK could be clipping the pound’s wings.

However, the Australian and New Zealand dollars extended their gains today to jump a further 0.5%, outperforming their peers. The aussie was additionally boosted by robust jobs numbers, which showed employment in Australia surpassed pre-pandemic levels in March.

The US labour market will come in focus later today when the latest initial jobless claims figures are published. Retail sales data will also be eyed as Americans likely upped their consumption in March. Stronger-than-expected numbers might help the dollar stabilize even if they’re not able to reverse the latest declines.

Gold rose disproportionately to the weakness in the dollar and yields, indicating perhaps some safety flows from growing tensions between Moscow and Washington as the Biden administration prepares to impose yet more sanctions on Russia.

US stock futures up ahead of more key earnings

In equity markets, the S&P 500 slipped back from fresh record highs to close 0.4% lower on Wednesday. Stellar earnings from Wall Street’s big banks were unable to offset a bit of a selloff in tech stocks, which pulled the Nasdaq Composite down 1%. Only the Dow Jones was able to finish the day in positive territory, but futures were pointing to a stronger open for all three indices on Thursday.

Bank earnings will continue today with Bank of America and Citigroup reporting before the market open. Delta Air Lines will also be under the spotlight for clues on how well the airline and travel industries are weathering the pandemic storm. 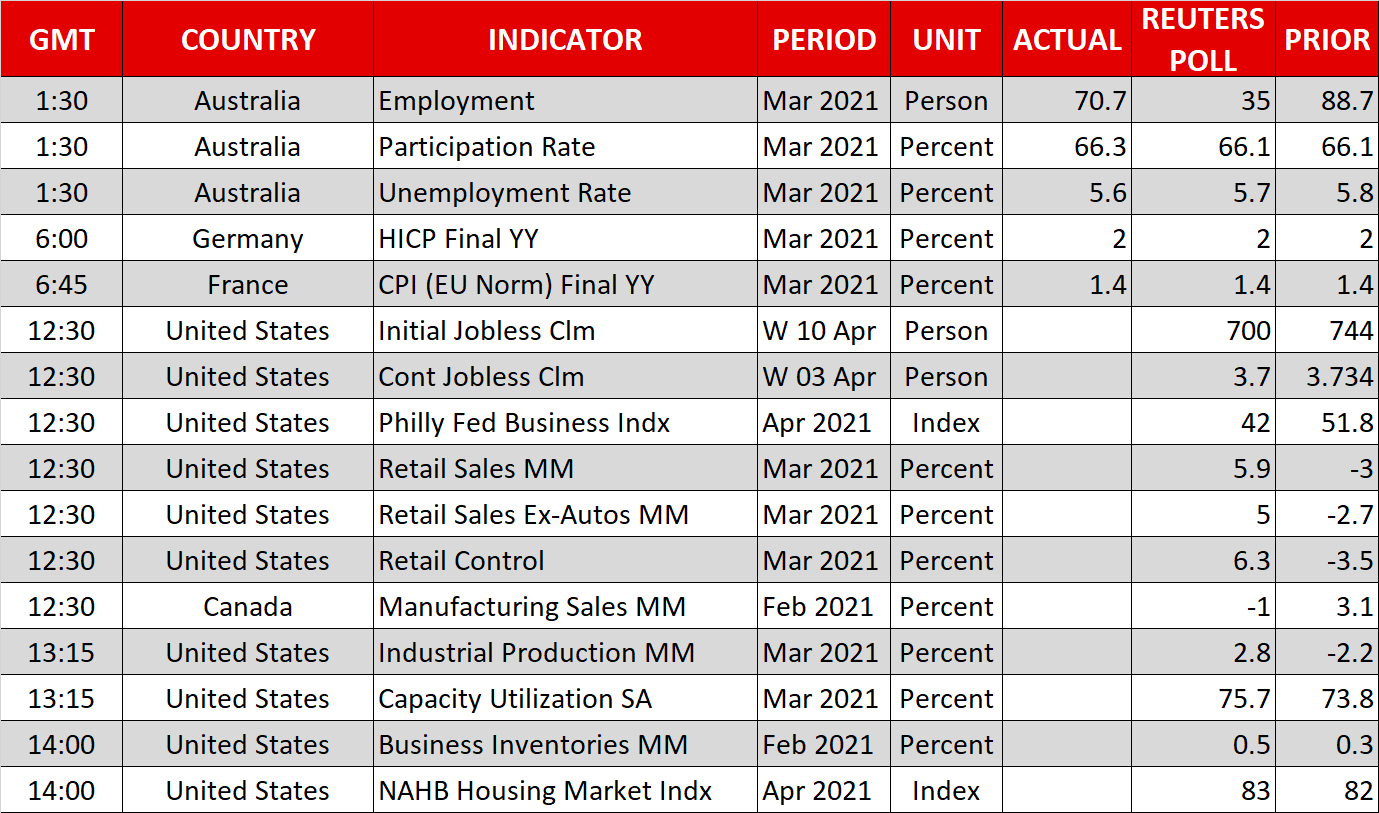 View All
XM Research - 24 minutes ago