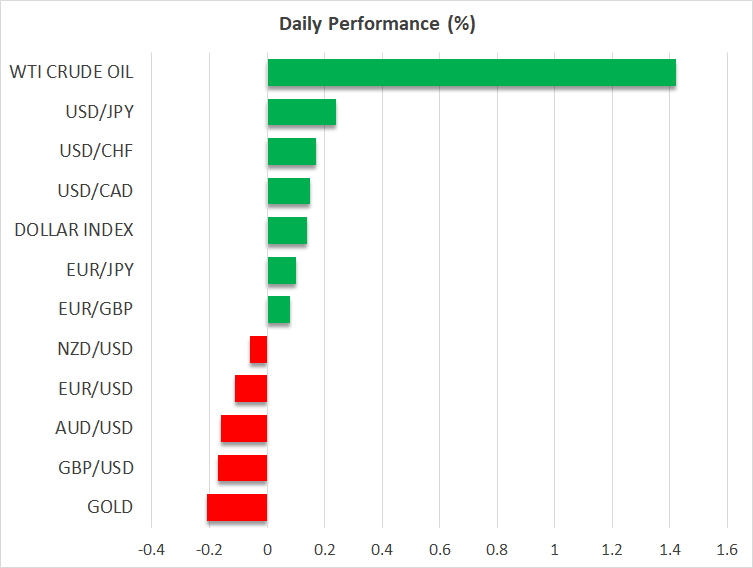 The US employment report fell short of expectations, feeding the narrative that the recovery in the world's largest economy is starting to plateau. Nonfarm payrolls clocked in at 49k in January, almost in line with the forecast, but clearly some investors were expecting more as labor market indicators like the ADP and the PMIs suggested an upside surprise was on the cards.

The dollar came under heavy fire. A slowing recovery implies the Fed is likely to keep its foot heavy on the QE accelerator for longer. Fortunately for dollar bulls, euro/dollar ran out of steam near the neckline of a head-and-shoulders pattern that is acting as resistance now, so the technical picture remains favorable.

Of course, bad economic news is sometimes great news for stock markets through the stimulus angle. The S&P 500 notched another record high on Friday, with investors calculating that the Fed will keep its QE program in place for longer and that Congress will make good on its promise for a $1.9 trillion relief package.

The Biden administration appears to have given up trying to negotiate with Republicans about more relief, as time is of the essence. Hence, markets saw this lackluster report as putting more pressure on the Democrats to ram this package through quickly and hopefully not water down its size.

Vaccine mutations and inflation on the radar

Considering the optimism for all the government spending, it is no surprise to see investors overlook the downside risks. Over the weekend, a study suggested that the AstraZeneca vaccine provides only limited protection against the South African strain of the virus.

On the bright side, the report said this was only the case for mild instances of the disease, and that the vaccine may still offer protection in severe cases. Still, this is worth keeping a close eye on. If the vaccines prove ineffective against even a single mutation, the timeline for re-opening the global economy could be pushed back by several months, dealing a major blow to riskier assets. 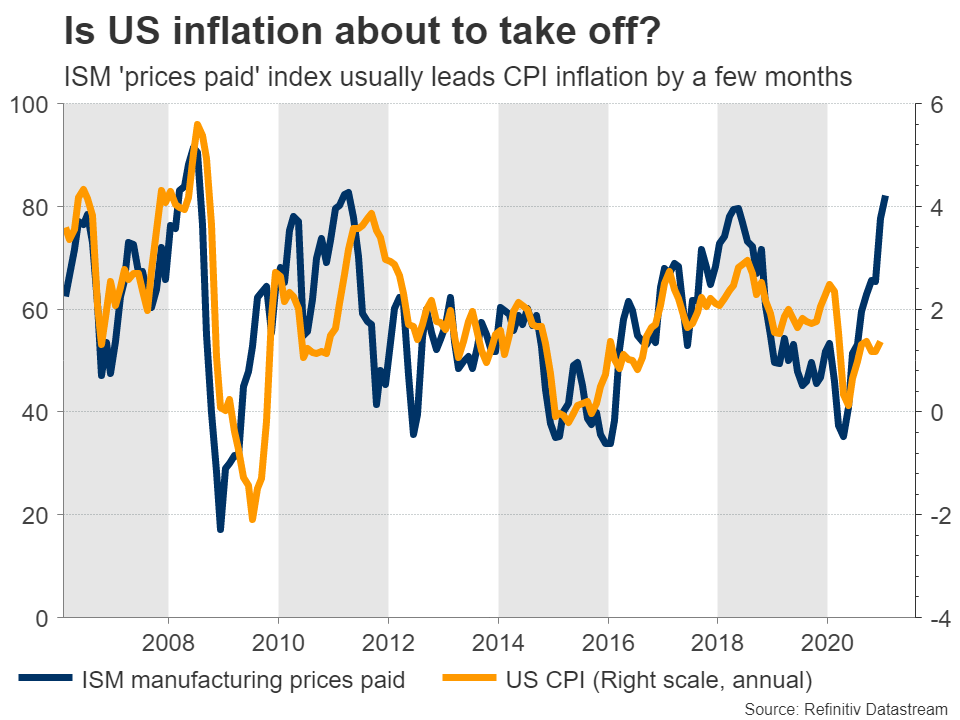 The other risk on the radar is inflation. Prominent economists have started to argue that the $1.9 trillion package is going to overheat the economy and spark an inflationary outbreak, forcing the Fed to hit the brakes by raising rates. So far, the Fed has been adamant that it won't react to an inflationary episode, as it would probably be transitory.

However, if inflation tops 3%, the Fed could change its tune quickly. And that is more than possible considering all the federal spending, the accumulated savings and pent-up demand waiting in the wings, soaring energy and commodity prices, and supply chain disruptions. The latest CPI inflation data are due on Wednesday and will be watched closely.

As for today, the highlight will be a speech by ECB chief Christine Lagarde at 16:00 GMT.

Overall, the focus will remain on the stimulus deliberations in Congress and the pace of vaccinations worldwide, where the UK continues to lead the advanced economies.

Another interesting theme will be whether the US dollar can continue to advance alongside stock markets, like last week. The greenback seems to be losing its safe-haven mojo, slowly becoming more aligned with the solid fundamentals of the US economy.