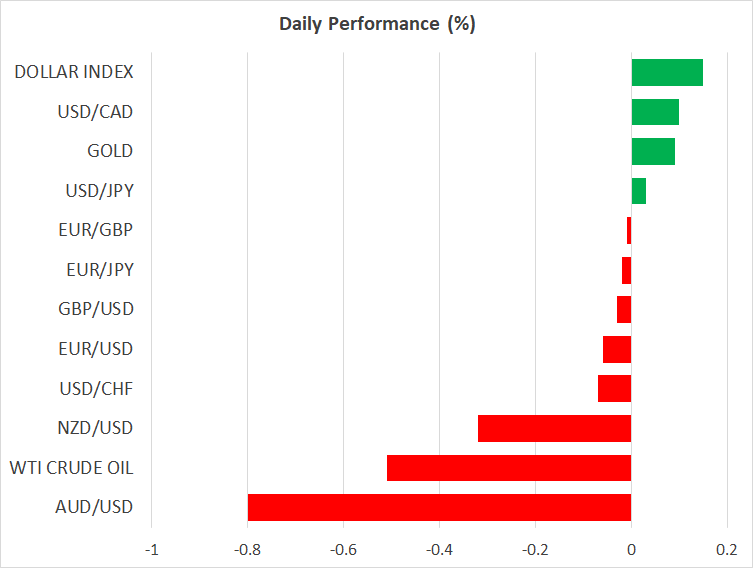 Global equity markets continue to correct lower, with the major US indices sliding yesterday and Asian bourses being a sea of red on Thursday, as the chances of a US relief package before the election continue to recede and European virus cases surge. The Secretary of the US Treasury – Steve Mnuchin – played down the prospect of a breakthrough in the stimulus talks, warning the two camps remain “far apart” on some issues.

They will continue to talk, but Mnuchin is probably right that the time window for a pre-election deal may have closed already, with less than three weeks to go until Election Day and the Senate majority fiercely opposed to a big package.

What’s striking is that while Wall Street fell and futures point to more losses today, the retreat has been ‘orderly’, in the sense that there is no panic selling. This implies that investors are focused mainly on election dynamics and specifically on the scenario of a ‘Democratic sweep’ that could bring even bigger stimulus early next year.

The problem is that while Biden indeed seems set to take the White House, the race for the Senate is still too close to call, and markets may be overlooking the risk of a divided government at their own peril. On the bright side though, the rising chances of a decisive Biden victory diminish the odds of a closely contested election that ends up disputed in the courts, reducing one element of uncertainty.

All told, this race has become the central market theme now, so politics could overshadow economics in the coming weeks, with incoming opinion polls likely to have an increasingly greater impact the closer we get to Election Day.

Europe continues to be tormented by a second wave of coronavirus, with Italy and Germany reporting a record jump in new cases yesterday, while French President Macron announced a four-week curfew for Paris and other major cities. And yet, all this barely left a scratch on euro/dollar, which was practically flat even amid the broader risk averse atmosphere. That said, the euro did lose ground against other major currencies, like the yen and sterling.

The near-term risks surrounding the single currency still seem tilted to the downside, as tighter business restrictions will likely spark a wave of downward revisions for fourth-quarter growth and the ECB may be forced to roll out bigger stimulus guns soon.

The Brexit saga rages on, with the latest reports being that the UK won’t walk away from the talks this week, as it previously threatened if a deal didn't seem imminent by now. The news lit a fire under the pound as traders bet that for all the brinkmanship, both sides still need a deal to avoid throwing their economies into a double-dip recession. The two-day EU summit begins today, with Brexit being high on the agenda.

Elsewhere, the aussie is getting hammered today, after RBA Governor Lowe provided the strongest hint yet that rates may be cut soon. The move is likely to come at the early-November meeting.

While the aussie could remain under some pressure as rate-cut expectations build further, much of this move is already priced in by now, so the bigger driver may be the global risk mood instead. 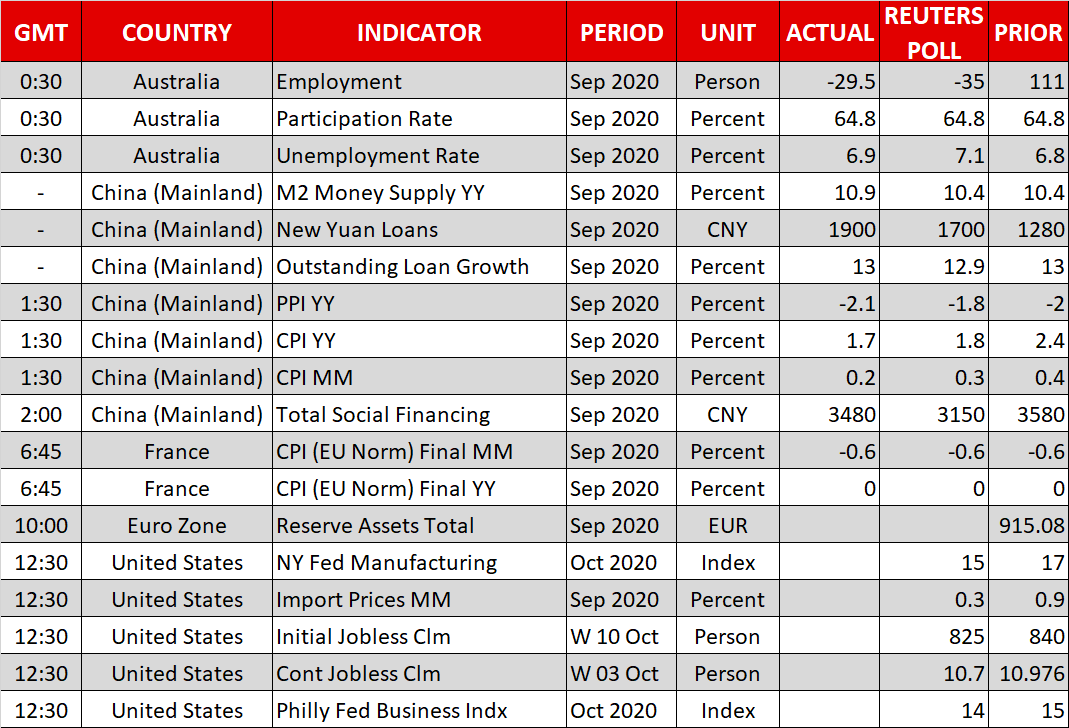