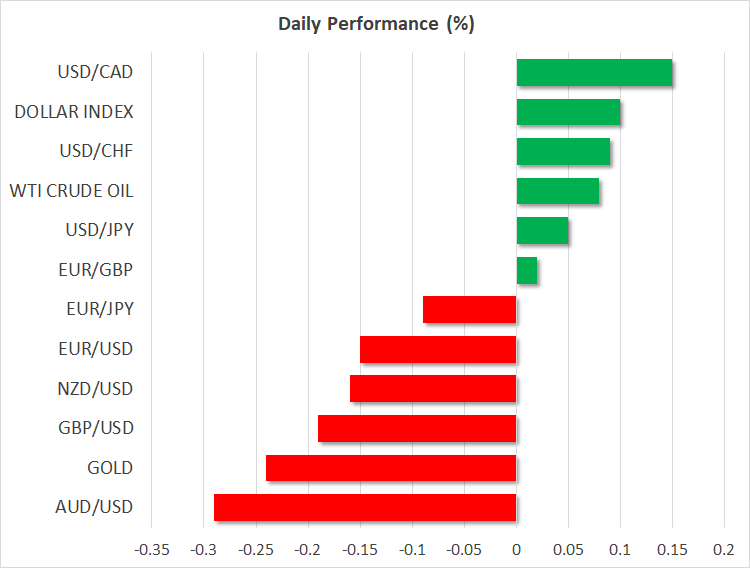 Asian stocks came under pressure for a second day on Tuesday as the rapid spread of the Delta variant of Covid-19 hit growth expectations for the region. Low vaccination rates in the major Asian-Pacific economies such as Japan and Australia have gotten investors worried as it means authorities have no option but to enforce tough lockdowns to contain the fresh outbreaks.

Unlike in North America and Europe where the proportion of the adult population that have been fully vaccinated already exceeds 50% or is rising fast, the big Asian economies might have to endure tighter restrictions for longer, while Australia’s up-until-now stellar Covid record is under threat, with several large cities placed under lockdown in recent days.

Shares in Tokyo ended the day 0.8% lower and China’s CSI 300 index closed down by 1.2%. However, Australia’s benchmark index bounced back from an earlier sharp dip to finish the session only marginally lower. Steady US stock futures might be helping to keep market nerves at bay.

The S&P 500 and Nasdaq Composite both closed at all-time highs on Monday, with e-mini futures pointing to a slightly softer start today. Wall Street has shrugged off the latest virus scare as the US’s high vaccine uptake should keep the recovery going, putting the Fed on track to begin tapering its asset purchases later this year.

The positive growth outlook for the American economy along with some modest risk-off trades are propping up the US dollar even as Treasury yields suffered another slump on Monday. However, the slide was possibly down to month and quarter end positioning and yields were inching higher today, supported by somewhat hawkish remarks by Fed officials in the last 24 hours.

The dollar index climbed above the 92.0 level to a one-week high and the safe-haven Japanese yen was also broadly firmer, except against its US and Swiss counterparts. The greenback is so far off to a solid start this week and could attract further bullish momentum if the incoming US data doesn’t disappoint.

Investors will particularly be watching the Conference Board Consumer Confidence Index later today and the ISM manufacturing PMI on Thursday before attention turns to the all-important nonfarm payrolls numbers on Friday.

Unsurprisingly, the Australian dollar was the worst performer on Tuesday, falling to one-week lows against the greenback, and the New Zealand dollar wasn’t far behind. The kiwi was earlier lifted by the Reserve Bank of New Zealand striking an optimistic tone on New Zealand’s recovery in its Statement of Intent to the government. But concerns about what impact the highly contagious Delta variant could have on countries with slow vaccine rollouts have started to haunt the kiwi again.

The pound is under similar pressure as the UK reported almost 23,000 new virus cases on Monday - the highest since late January - just hours after the new Health Secretary Sajid Javid confirmed that all Covid restrictions will be removed on July 19. There is a real danger that countries with very high vaccination rates are getting a bit ahead of themselves and the British government is at risk of having to make an embarrassing U-turn if its assumption that vaccines have broken the link between infections and hospitalizations is proven false.

The euro, meanwhile, was back testing the $1.19 handle, succumbing to the stronger dollar as investors ignored the public debate among ECB policymakers about how soon the central bank’s Pandemic Emergency Purchase Programme should be wound down. The latest remarks by Germany's Weidman and Italy’s Panetta suggest the ECB’s hawks and doves remain split, but for now, the hawks are outnumbered. 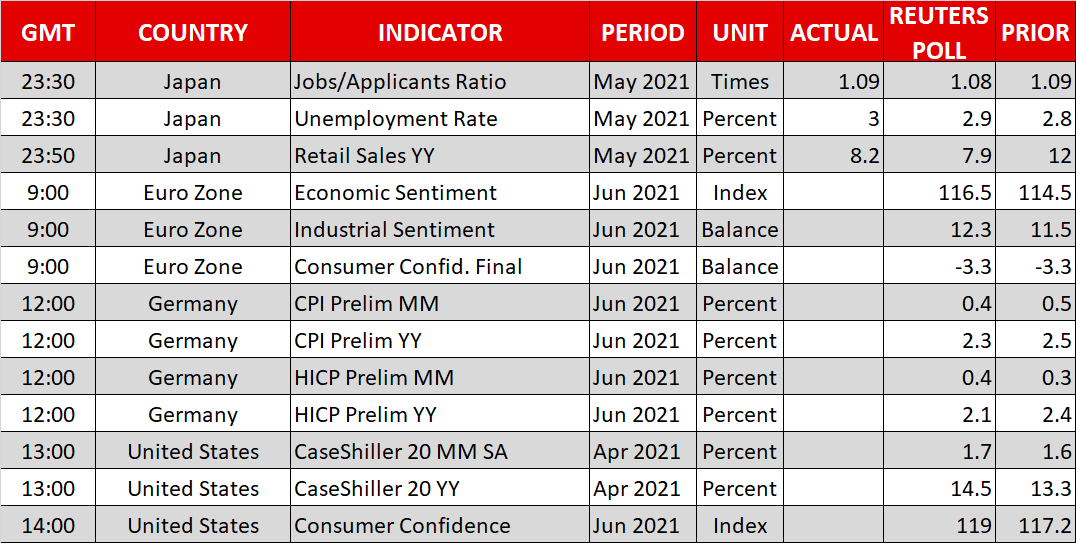