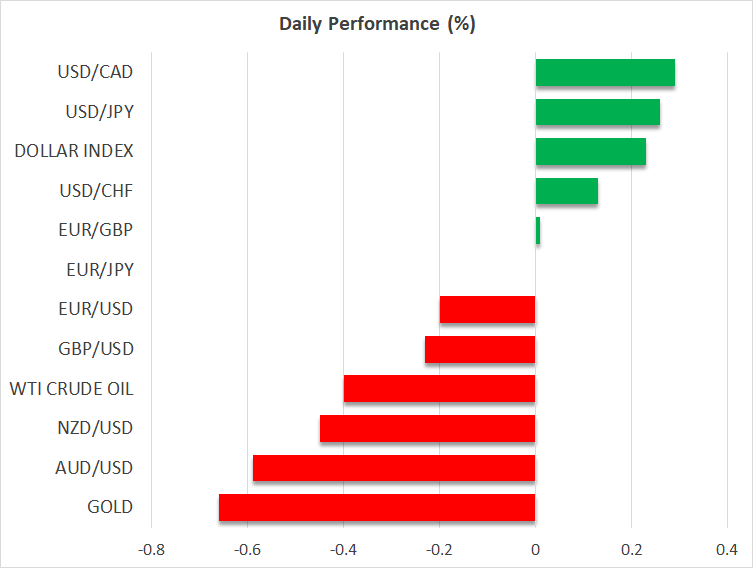 'Opposite week' in currencies

It's been an eventful week for currency markets, with the trends that dominated earlier in the year going into reverse. In the first quarter, investors became confident the Fed would raise interest rates by next year already thanks to a rosier economic outlook, resulting in a global rally in bond yields that powered up the dollar and sterling, to the detriment of the euro and yen.

This thesis came under fire this week. While the theme of US economic exceptionalism remains very much alive, some doubts have emerged about whether that's enough to make the Fed break its word about keeping rates on the floor until 2024. Hence, Treasury yields have cooled down, eroding the dollar's rate advantage.

When the dollar falls, everything else usually rises. In this case, the biggest beneficiaries have been the euro and yen, which took the most damage earlier. Admittedly, there hasn't been any clear catalyst for these retracements, expect for the original moves possibly being a little too much, too fast.

The fundamental picture hasn't really changed, though. America is still out-vaccinating Europe, and there's a growing divergence in stimulus, with Congress preparing to roll out even more spending but the EU Recovery Fund still stuck in the mud. The technicals tell a similar story. Euro/dollar's rebound kicked off at the 50-week moving average before stalling near the 200-day average, crucially without posting a new high.

Even though the FX market was running in reverse gear this week, the equity market continued to rampage forward, setting new record highs as the fading threat of rate increases breathed life back into the tech sector. Higher yields are typically negative for stocks, but they are especially negative for shares with inflated valuations, so many tech names got an adrenaline shot lately as yields eased.

The latest move higher came after Fed Chairman Powell played down fears of a persistent inflation episode yesterday. He reaffirmed the central bank's view that any spike in prices is going to be temporary and emphasized that there's a long way to go in this recovery.

The S&P 500 is going to face a tough battle around the 4,130 resistance zone, which is the 161.8% Fibonacci of the February-March 2020 plunge, yet the overall picture remains positive amid a flurry of spending and vaccinations. Higher yields are a threat, but mainly for the tech industry or risky pre-profit companies, and the Fed remains adamant that it will be gentle and patient with rates.

One element behind the euro's rebound yesterday was the ECB, whose minutes contained a more hawkish flavor than other recent communications, downplaying concerns around rising yields. That said, the euro will likely remain a hostage to Europe's vaccination progress, since the ECB has already fired its guns.

Meanwhile, gold has been a key beneficiary of the pullback in yields and the dollar. The yellow metal is trying to complete what looks like a double bottom pattern, but as long as the price remains beneath the previous lows of around $1760/ounce, it's tough to be optimistic.

Fundamentally, the coming months will be pivotal as inflation accelerates. If markets believe that the Fed will stick to its promise to let the economy run hot, gold will likely shine, but if inflation overshoots too much and rate-hike bets blossom again, more pain could be in store.

We'll get a taste of the coming inflation episode today with US producer prices, which will be boosted by base effects as the negative print from March 2020 drops out of the yearly calculation. Canada's jobs data will also be released. 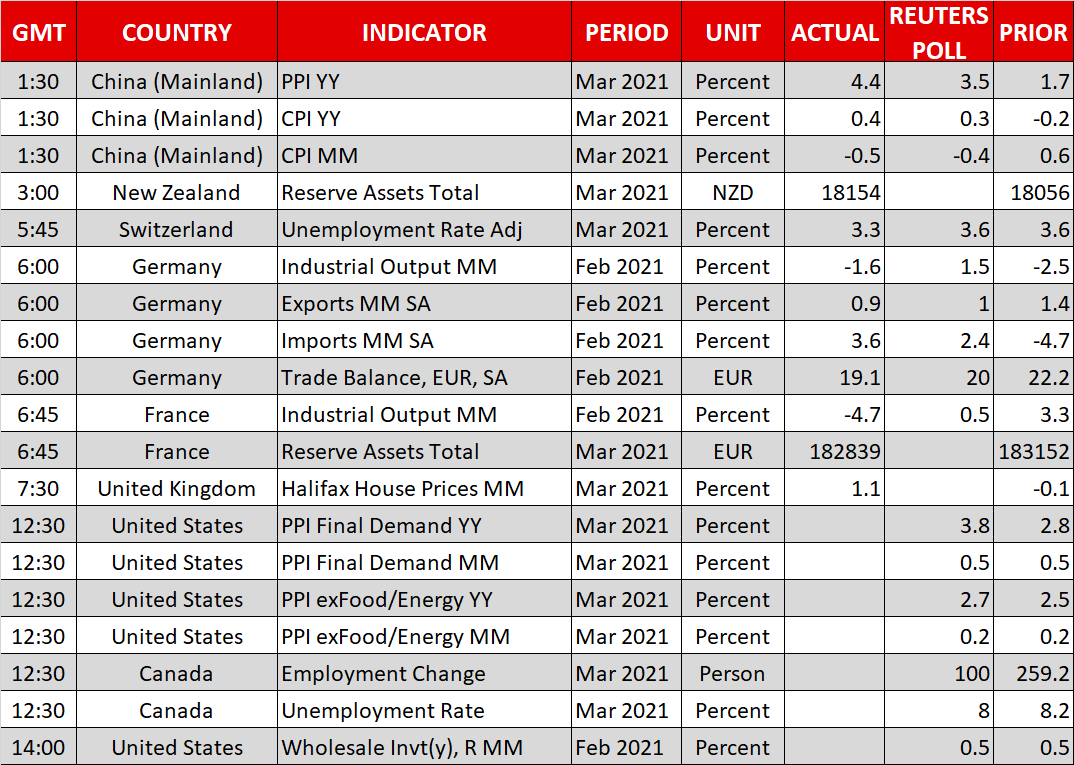 View All
XM Research - 55 minutes ago