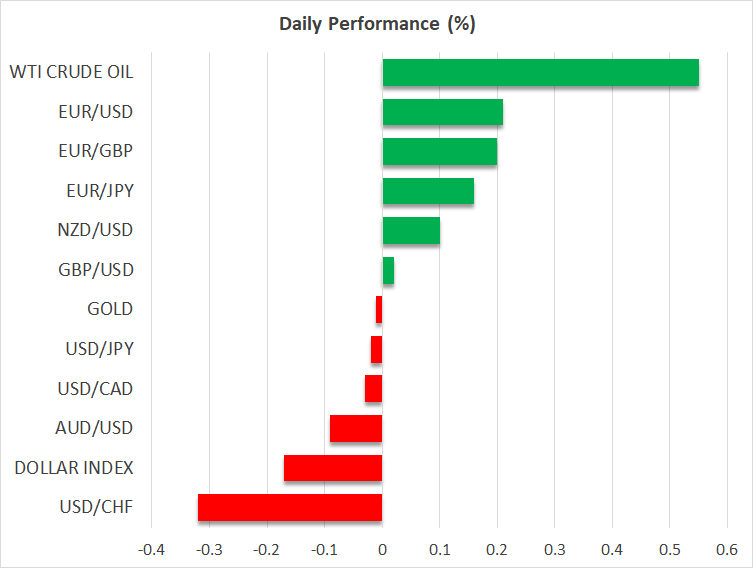 Tech stocks back in vogue

The party in equity markets continues to rage. The Nasdaq and S&P 500 both hit fresh record highs to kick off the new week, with heavyweight tech names being at the tip of the spear. The price action suggests investors are not particularly worried about the Fed pulling the rug from under the market this week, betting that any taper discussion is a problem for later in the summer.

The Fed is widely expected to steer clear from a discussion about an exit plan from asset purchases, even though many anticipate the new 'dot plot' of rate projections to signal a rate increase in 2023. Of course, that wouldn't be any huge shock for market participants, who have already priced in more than one rate hike during 2023.

That said, the bond market doesn't seem quite as certain. US Treasury yields have bounced back from their recent lows, suggesting that some players are wary of the Fed signalling it is thinking about talking about tapering soon. Gold is in this camp too, with the precious metal struggling for altitude lately.

On balance, equities might be right this time. The mediocre performance of the labor market and the cooling in inflation expectations lately suggest the Fed can take its time with the exit strategy conversation, confident that inflation won't spiral out of control. Policymakers want to avoid market panic at all costs, so they will probably plant the seeds for a taper discussion very gently and slowly, softening the blow.

Over in the FX arena, most pairs are in a stalemate, with currency traders appearing reluctant to take on new positions ahead of what promises to be an eventful FOMC meeting. The dollar has been very quiet as a result.

The only mover has been the yen, which is under heavy pressure thanks to a synchronized rebound in global yields. The Bank of Japan keeps a ceiling on domestic yields through its yield curve control strategy, so when foreign rates rise, Japanese rates cannot really participate in that rally and yield differentials widen against the yen. 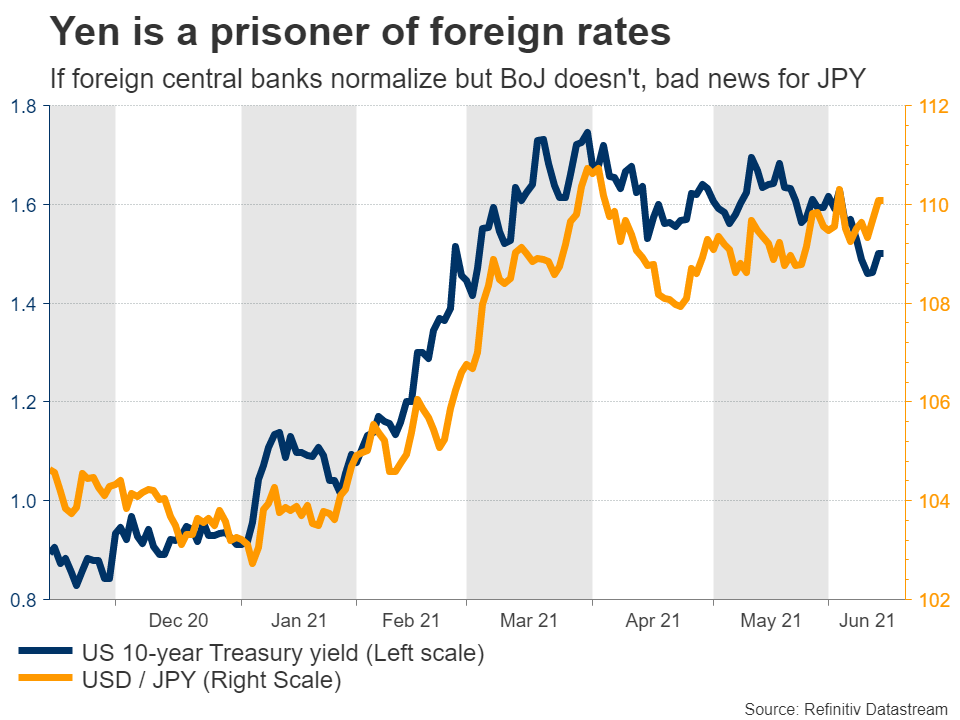 Looking ahead, the yen seems highly vulnerable as monetary policy divergence takes hold. Several central banks have started taking baby steps towards raising interest rates in the coming years, but the BoJ will probably be among the last to exit cheap money. Japan is still trapped in deflation, a battle that the country has been fighting for decades now.

The yen lives off interest rate differentials, so in an environment where foreign rates are rising but Japanese ones are stuck on the floor, the currency will likely suffer. The main risk to this view would be some market shock that sparks defensive demand for the yen, but even that might not be a game-changer. The Bank of Japan meets on Friday.

US retail sales coming up

As for today, US retail sales data for May will give us a sense of how consumer spending is holding up. This could be an important piece of the Fed puzzle. The headline number is forecast to decline, which probably comes down to soft car sales, as the core figure that excludes that category is expected to rise a touch.

Finally, Bank of England Governor Andrew Bailey will deliver some remarks at 12:15 GMT. 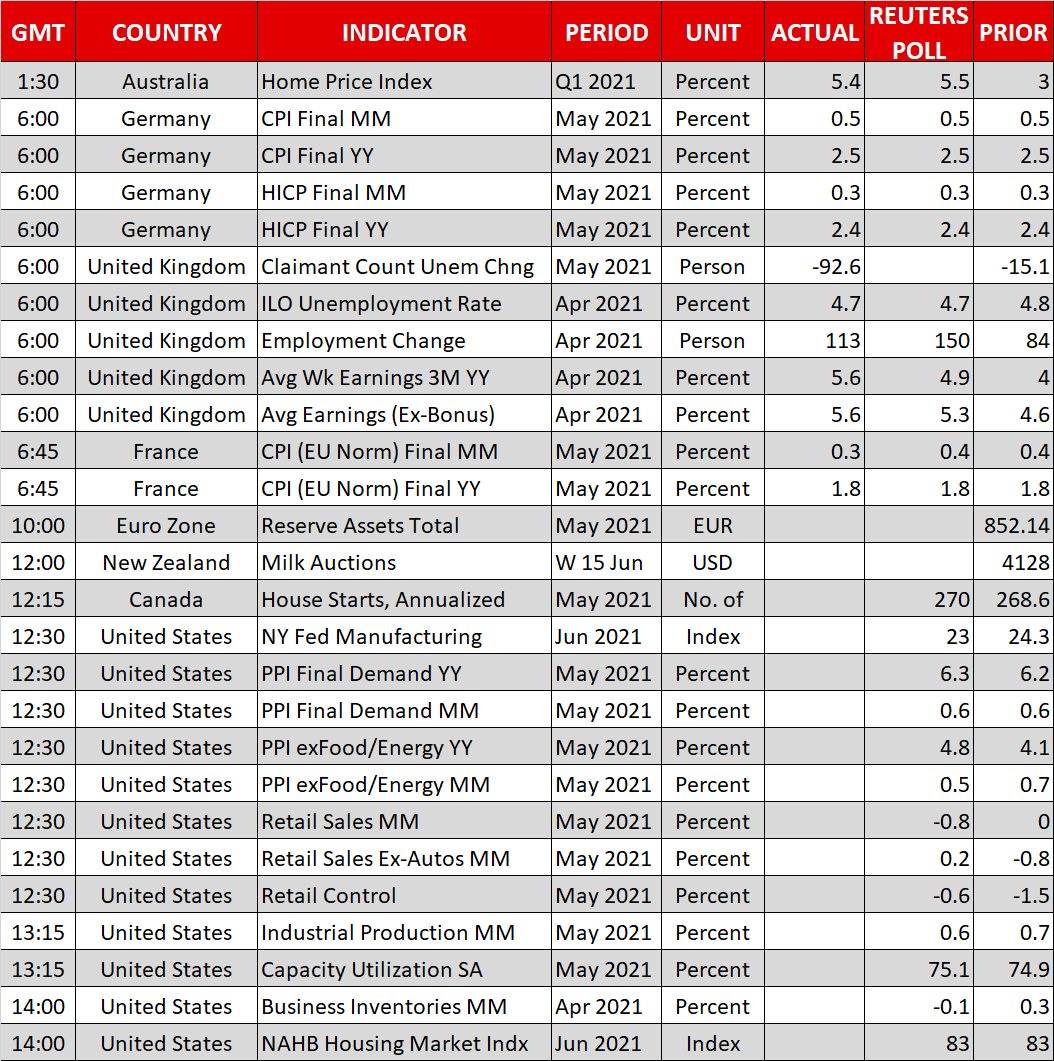