There are various methods that you can use to find support and resistance levels.

In the example below, we have a chart showing prices are in a downtrend. You mark each peak and trough with a short horizontal line. In a downtrend, each lower low will be a support level and each lower high will be a resistance level. Just have a look at the the chart below. 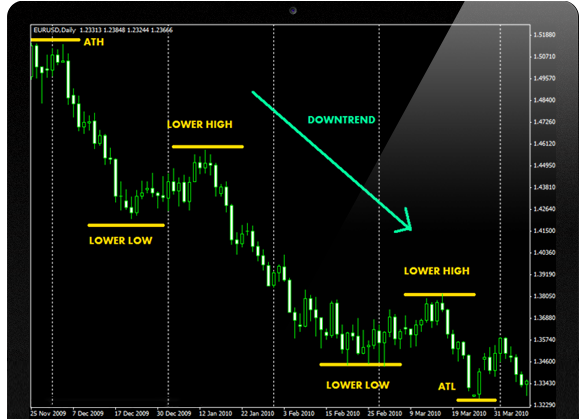 In an uptrend, we have the opposite. Each consecutive higher peak will be a resistance level, and each higher trough will be a support level. 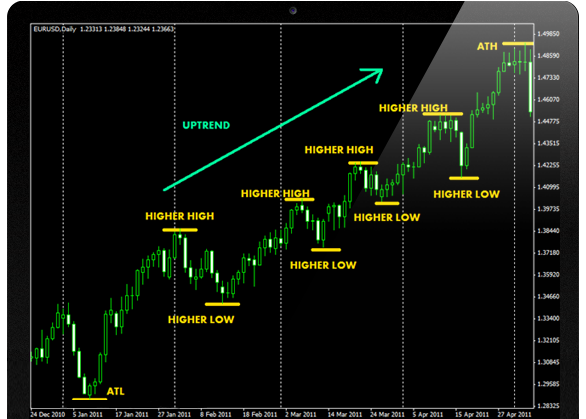 Another way to find support and resistance levels is to look in higher time frames to find the levels from there. 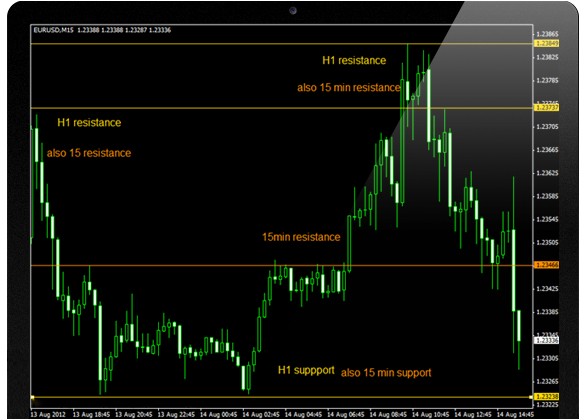 Another method of finding support and resistance levels is using moving averages. 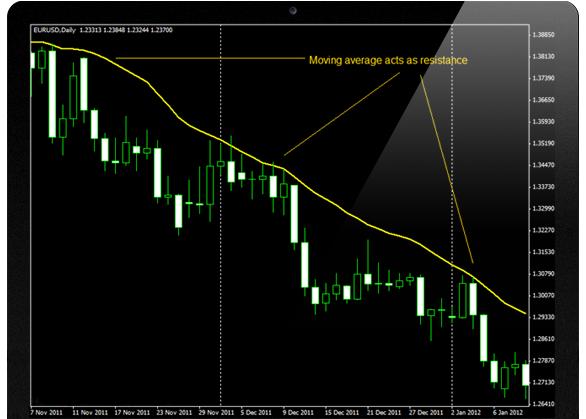 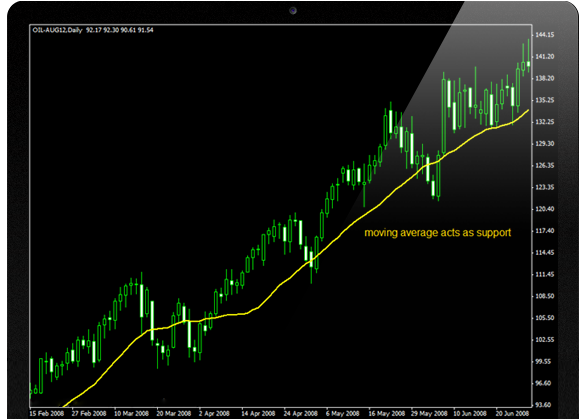 Another popular method of finding support and resistance levels is to use Fibonacci retracement levels.

We will not go into detail right now about Fibonacci since we have already explained this subject earlier in the course. What we would like to point out now is that the Fibonacci Retracement levels are used for support and resistance. The most common levels used in forex are 23.6 %, 38.2% and 61.8%.

After a significant price move, either up or down, prices will often retrace a significant portion of the original move. As prices retrace, support and resistance levels often occur at or near the Fibonacci retracement levels.

Let us look at an example. In an uptrend, we mark the Fibonacci retracement levels from the ATL to the ATH. In the chart below, we can see that after a strong move up, prices retraced part of that upmove by 38.2% and 23.6%, where prices rested for a while. Therefore, we can use this 23.6% and 38.2% Fibonacci retracement level as support levels. Also once ATH is penetrated, this can be used as a new support level. 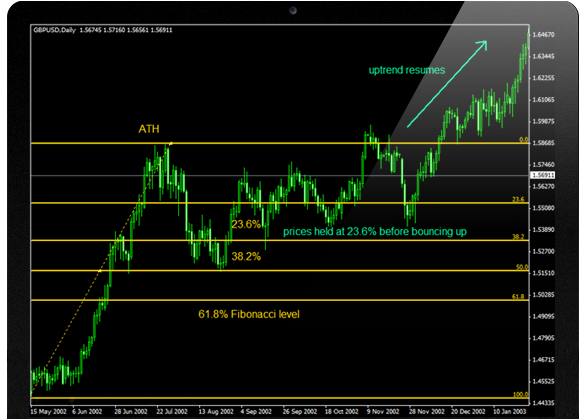 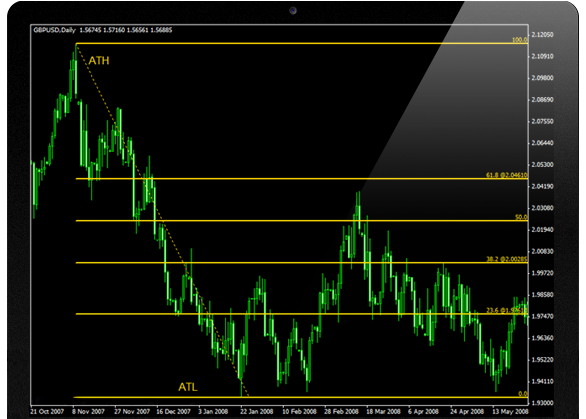 Significance of Trend Lines as Support and Resistance

In the chart below we can see that the uptrend line acts as support and price action appears to hold above this line. In a downtrend, prices stay below the downtrend line, which acts as resistance. 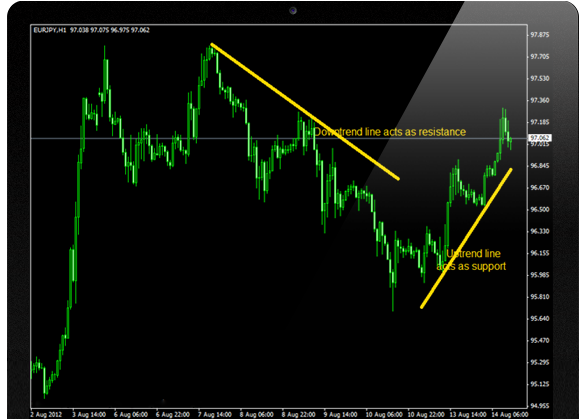 Once we find the support and resistance levels using all methods, we combine all the levels to select the more important ones. The most important are those levels who coincide when using different methods. For example if a trough coincides with 61.8% Fibonacci retracement and also with EMA (55) then it should be regarded as potentially strong support.

Now you know how to find the direction of the Trend and Wave at the time frame you choose to trade. You also learned how to find potential support and resistance levels close to which you should execute your trades. Now you will learn when to BUY or SELL.