Identify the Position of the Market

It is important to identify the trend and the wave in the time frame you want to trade in. You should always trade in the direction of the trend. 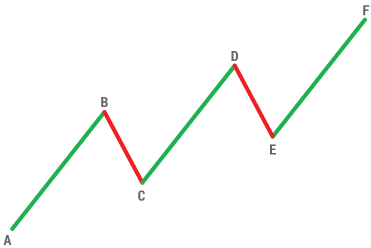 In the illustration above you see an uptrend which we defined as a series of consecutive higher highs and lows. This uptrend consists of 5 waves: 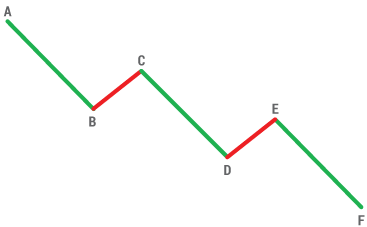 We use 4 indicators to identify the trend and use arrows to visualize the direction.

Exponential moving average of 55 periods (EMA55) against price. If EMA (55) is higher, then the price

If there are more UP arrows than DOWN arrows, the trend is up – and vice versa.

Note that if the market is trading in a range, the only indicator that can be used is ROC(25).

We use the following 4 indicators to identify the direction of the wave:

MACD against its signal line. If MACD > Signal then If MACD < Signal then

If there are more UP than DOWN arrows, the wave is up and vice versa.

Once you identify the trend and Wave what is left is to check if the market is overbought or oversold. 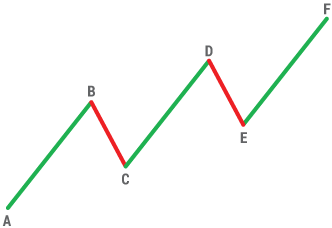 In the illustration above both the trend and the wave are UP. However, at point F the market might be overbought. As a result, a correction should be expected. So, it is better to wait before you buy. 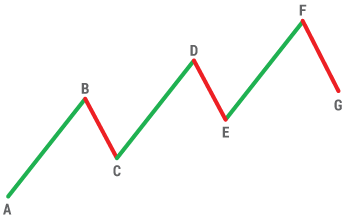 At point G the trend is UP but the wave is down. If the market is oversold, a good buy opportunity arises.

We use 2 indicators to identify overbought/oversold conditions.

Once we finish our analysis, we fill in the table below. 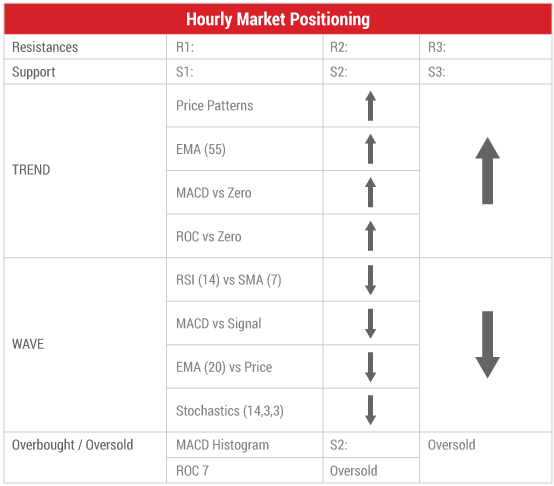 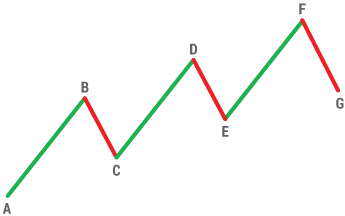 As an example, this is how the table would look if we did our analysis when the market was at point G above.

So when the trend is up you BUY and when the trend is down you SELL. The question is when you BUY or SELL? It is always safer to enter your trades near support or resistance levels as you can control your risk better. You will learn about this in the following lesson.