Canada will publish its inflation data for the month of June at 1230 GMT on Wednesday before releasing retail sales figures at the same time on Friday. Given the significant rebound in the preceding month, the retail sales report could be a more important market mover among data releases for the loonie, which is expected to move higher.Has Covid-19 come under control?

In Canada, the virus crisis has come somewhat under control as indicated by the latest unemployment numbers. The nation’s economy added 418,500 jobs in July and the jobless rate dropped to 10.9%. In June, the employment change was 953,00 and 290,000 in May, but this still leaves the economy with 1.3 million fewer jobs than it had in February.

The Bank of Canada (BoC) left its interest rate unchanged at 0.25% at its latest policy meeting on July 15. The Committee noted that the economy is starting a recovery amid the easing of coronavirus restrictions but added that the outlook is extremely uncertain given the unpredictability of the pandemic. The Bank expects the economy’s recovery to slow as the outbreak continues to have an impact on confidence and consumer behavior.

Inflation to hold well below the target

This week, the headline CPI inflation for July is forecasted to fall to 0.5% y/y from 0.7% previously, holding well below the 2.0% midpoint target for another month. On a monthly basis, the CPI is expected to inch down to 0.4% versus 0.8% previously.

In May, retail sales showed a significant increase, jumping by 18.7%, which was the largest rise in retail trade on record, from a downwardly revised record 25% slump in April due to the Covid-19 lockdown. In July, the country is predicted to a show a better core number, with sales accelerating to 15.0% from 10.6%. Also, the headline number is anticipated to increase by 24.5%. If the readings come out as estimated or above, this could help the Canadian dollar to move higher as they would increase confidence in the recovery. 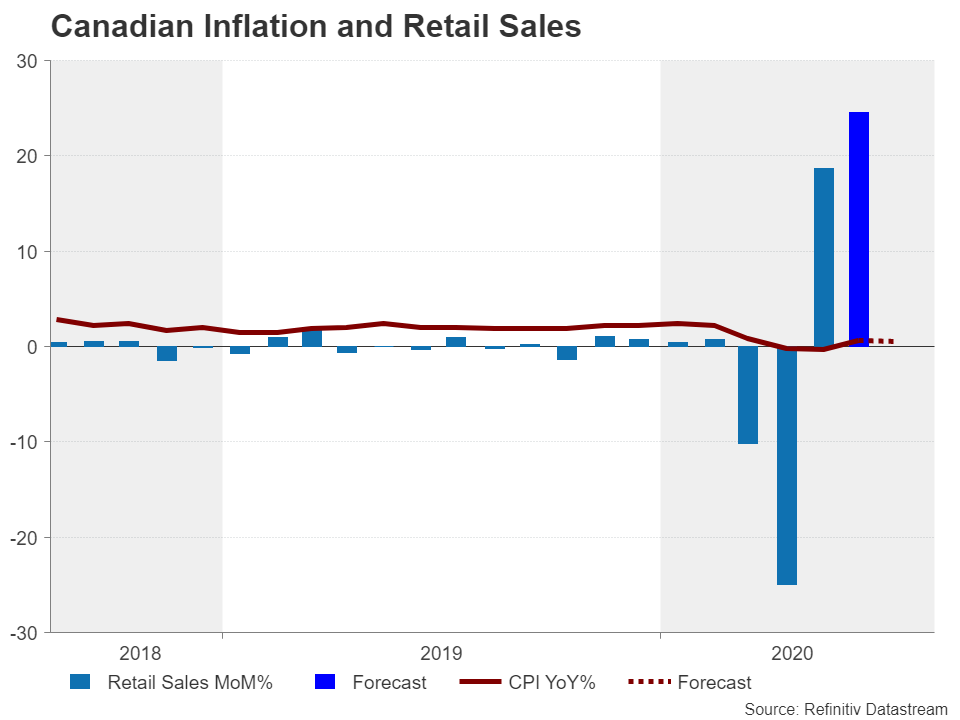 Technical outlook on loonieIf the numbers beat expectations, they could strengthen the currency, pushing the dollar/loonie pair even lower.

Otherwise, weaker inflation prints especially in the core measures, which better reflect the inflation trend, could ease momentum in the market as they would strengthen the case for a dovish Bank of Canada. Poor data would also add caution to the markets while investors await the second quarter GDP growth figure due next week.

Looking at USDCAD, the price has been in a strong negative mode over the last five months, posting a fresh six-and-a-half-month trough around 1.3165 and is pushing efforts to continue the downside move, bringing support around the 1.3100 zone. Lower, the price could retest the 21-month trough of 1.2950.

On the flip side, disappointing CPI and retail sales numbers could re-challenge the resistance around 1.3460, which coincides with the 40-day simple moving average (SMA). Beyond that obstacle, the way would open towards the 1.3715 level and then up to 1.3850. 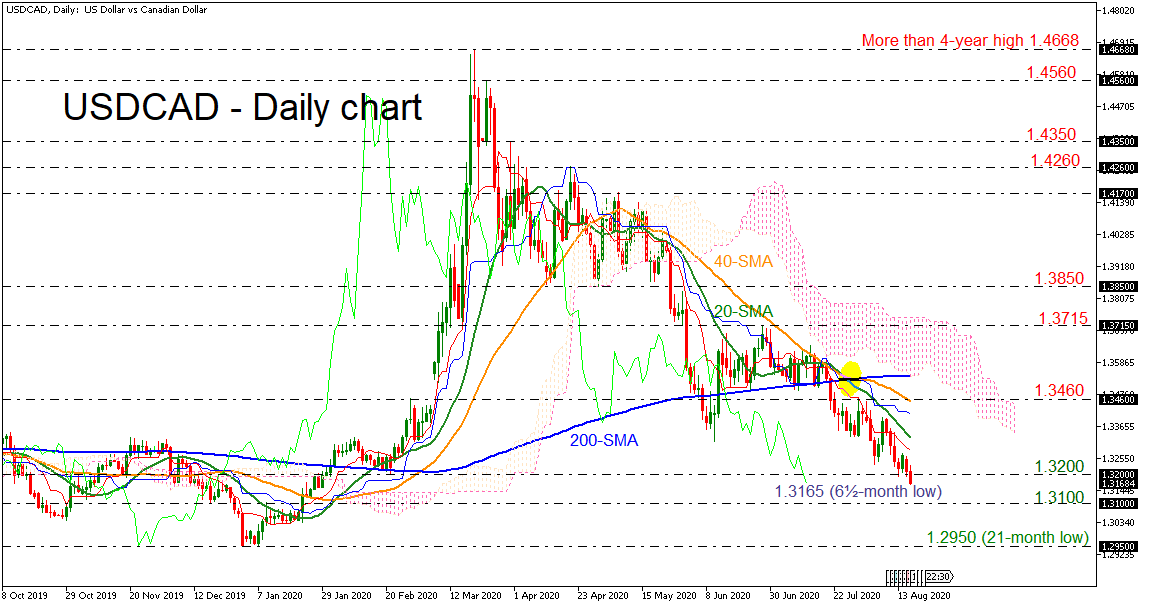