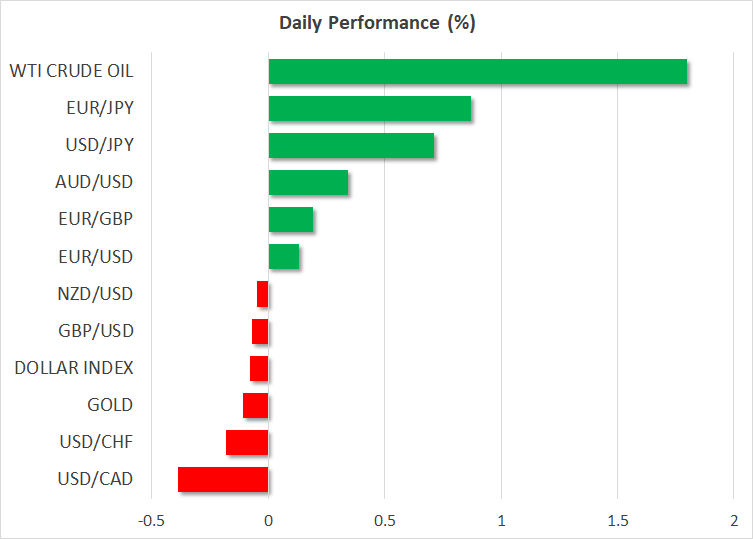 Conflicting signals in US jobs data

There was no shortage of volatility in the FX complex on Friday. While the latest batch of US employment data was strong on the surface, with nonfarm payrolls exceeding projections and wage growth firing up, the dollar could not capitalize for long.

Signs that the economy is still in good shape propelled the reserve currency higher initially, yet the rally ran out of steam as investors parsed through the report and found some dark spots. There was another dichotomy between the payroll and household surveys, with the former pointing to a booming labor market whereas the latter revealed job losses, putting traders on high alert.

The conflicting signals meant this report was unlikely to move the needle for the Fed, hence the ensuing whipsaw in markets. A 50bps rate increase is fully baked in for next week, followed by a similar move early next year that pushes rates to their final destination, just below 5%. The ISM services survey later today will help shape expectations around this path.

As for the dollar, it’s still too early to envision a bearish trend reversal, despite the latest retreat. Historically speaking, a softer Fed profile is not enough to turn the tide in the dollar - it also requires an improving economic outlook in the rest of the world to siphon capital out of America, which is currently not the case.

Other major economies are in worse shape than the United States, as the nation’s vast energy production helped shield it from the power shock that has ravaged Europe. Therefore, while leading indicators suggest the US is also staring down the barrel of a recession, it might need a few more quarters to reach that point, making any reversal in the dollar seem like a story for the second half of next year.

There was a similar turnaround on Wall Street, which recouped some heavy losses to finish nearly unchanged. Equity markets have come a long way in the last couple of months. The S&P 500 has rallied some 16% off its lows, with cooler US inflation data and hopes of a more cautious Fed serving as fuel for the advance.

Nonetheless, it is difficult to trust this recovery as the fundamentals haven't really changed. Valuations remain expensive and the data pulse continues to weaken as higher interest rates dampen economic activity, making the rosy earnings estimates for next year seem vulnerable to negative revisions.

Oil prices are trading higher on Monday, even though OPEC did not ride to the rescue by slashing its production. Instead, some news about China relaxing its covid restrictions may have helped paint a brighter picture for demand. There is also an element of hesitation in energy markets, with several key players taking the sidelines to observe how the EU ban on Russian crude and the $60/barrel price cap of the G7 nations will impact prices.

All the buzz in the markets today is about some Chinese cities relaxing covid restrictions. While these are only minor steps, investors clearly view them as the blueprint towards a full reopening, judging by the 4% rally in Hong Kong equities.

As always, what happens in China will be crucial for currencies of nations that rely on Chinese demand to absorb their commodity exports, like the Australian dollar. The Reserve Bank of Australia will meet overnight and although market pricing is leaning towards a quarter-point rate increase, it also assigns a 25% chance for no changes at all.

The jobs market and wage growth dynamics are still solid, yet house prices are falling quickly and the RBA is worried that a global recession next year could sap commodity demand. One way to balance these risks would be to raise rates but softly open the door for a pause next year. 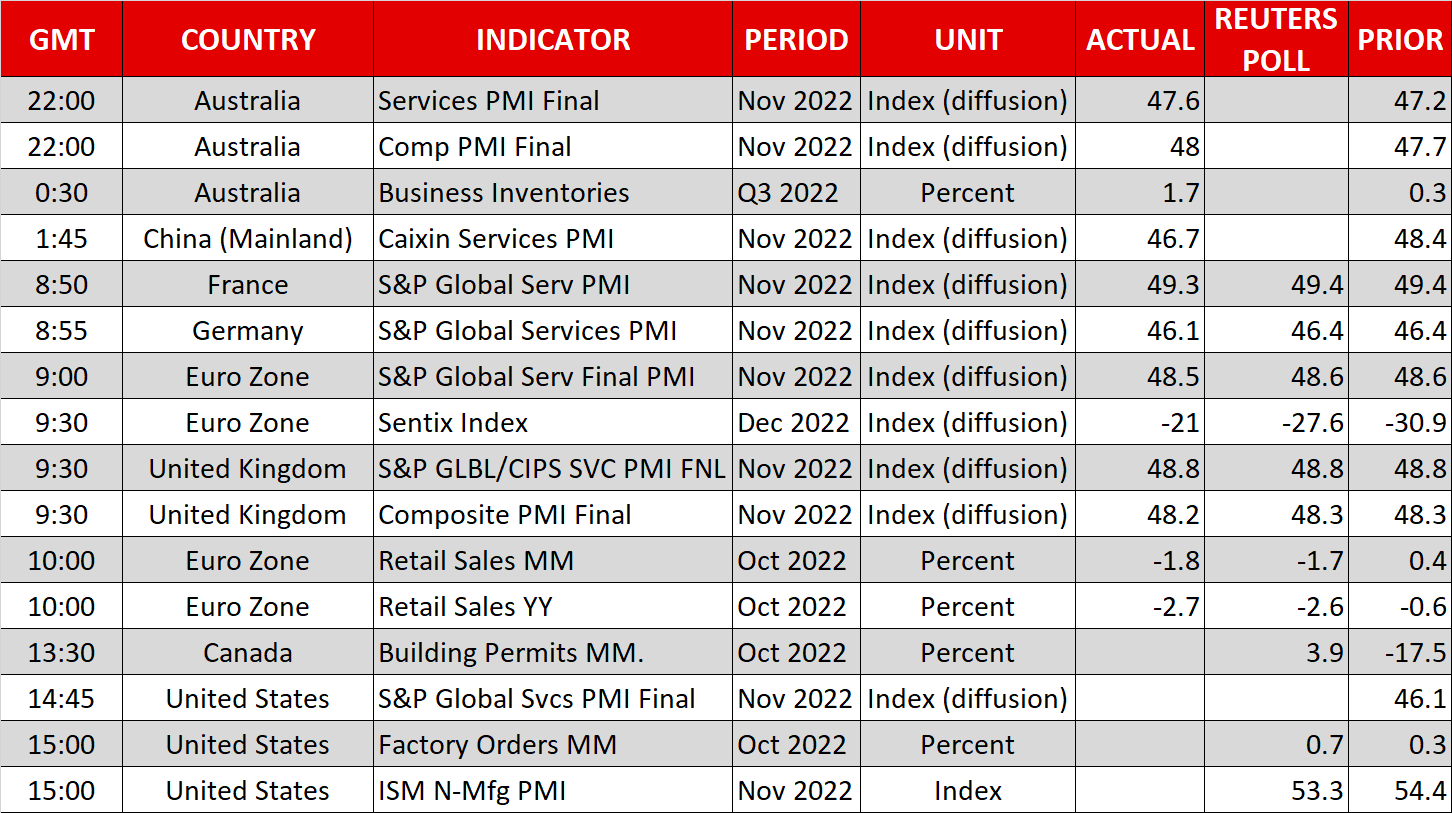 View All
XM Research - 4 hours ago