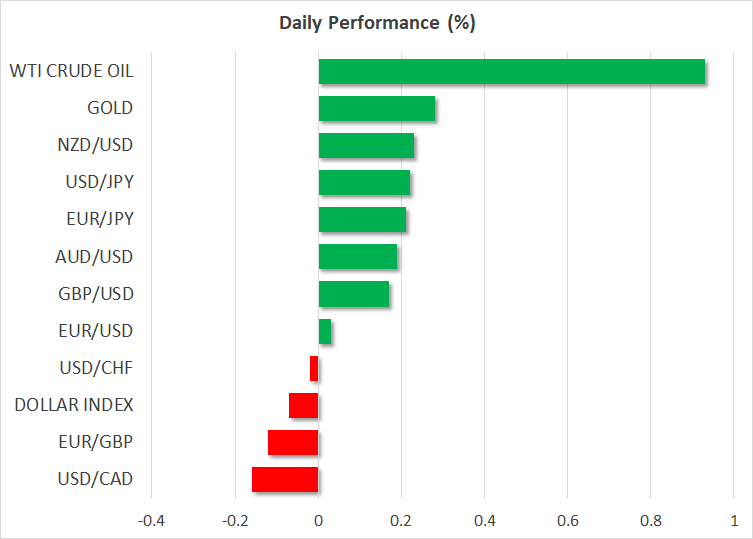 Global markets continue to dance to the beat of monetary policy signals. The world's reserve currency surrendered some of its latest gains and equities clawed their way back to record highs this week as the Fed did some damage control, with several officials playing down market concerns around faster rate hikes.

The central bank rolled out the big guns yesterday, with Chairman Powell reassuring Congress that rates won't rise prematurely and that he is quite confident this inflation episode will prove transitory. This message was echoed by other influential policymakers like Williams and Daly, who stressed that it's too soon to dial back any liquidity.

Investors deciphered all this as implying the Fed won't slam on the brakes too hard and will hold the market's hand throughout the normalization process, which helped propel the rate-sensitive Nasdaq to new record highs as tech and growth stocks came back in vogue.

Absent some calamity in economic data, a realistic timeline for markets is that the Fed sends the first major signal for tapering bond purchases at the Jackson Hole symposium in August, before officially announcing in September that the process will begin by year-end.

Meanwhile, the European Central Bank is headed in the opposite direction. The latest reports suggest the ECB might raise its inflation target when it concludes its strategic review and also signal that it will tolerate an overshoot. It hasn't been able to hit that target sustainably for a decade now, so raising it would imply it intends to keep its foot heavy on the gas for even longer.

Therefore, in September we might simultaneously get an announcement that the Fed is moving away from cheap money while the ECB essentially commits to a prolonged period of negative rates. That could cement a period of policy divergence between the world's two largest central banks, spelling downside risks for euro/dollar over the summer as this narrative is priced in.

While the longer-term trajectory seems encouraging, the chorus of cautious Fed officials has taken the wind out of the dollar's sails for now. The greenback has only managed to advance further against the yen, which is being tormented by the recovery in Treasury yields.

The latest PMI surveys out of the euro area have just been released and pointed to an economy that's booming, reflecting the reopening momentum and widespread vaccinations facilitating greater consumer spending and business hiring. Helping matters further, the economic acceleration seems to be broadening, spreading from manufacturing to encompass the battered services sector as well.

Naturally, the news lifted the euro in European trading. Alas, the question is how much of this is sustainable and how much is simply the mechanical reopening rebound from depressed levels of economic activity.

The hope is that the European Recovery Fund money that will be distributed later this year will keep the momentum going, although that package is admittedly not huge compared to what America has rolled out lately.

As for today, we will also get the latest Markit PMIs from the US, along with Canada's retail sales for April. Meanwhile, the central bank charm offensive will continue with the Fed's Bowman at 13:10 GMT, then Bostic at 15:00 GMT, and ECB chief Lagarde at 16:00 GMT. 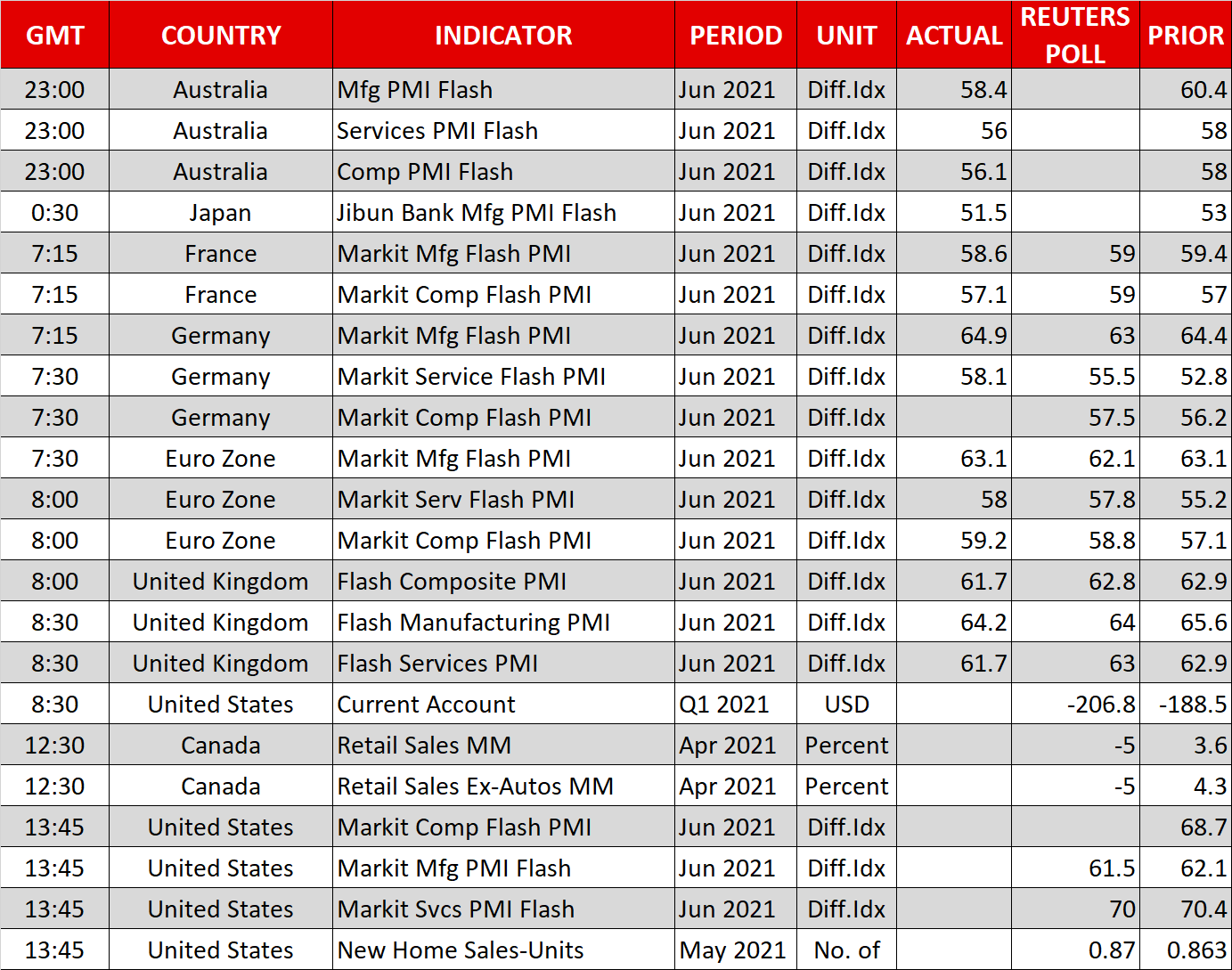