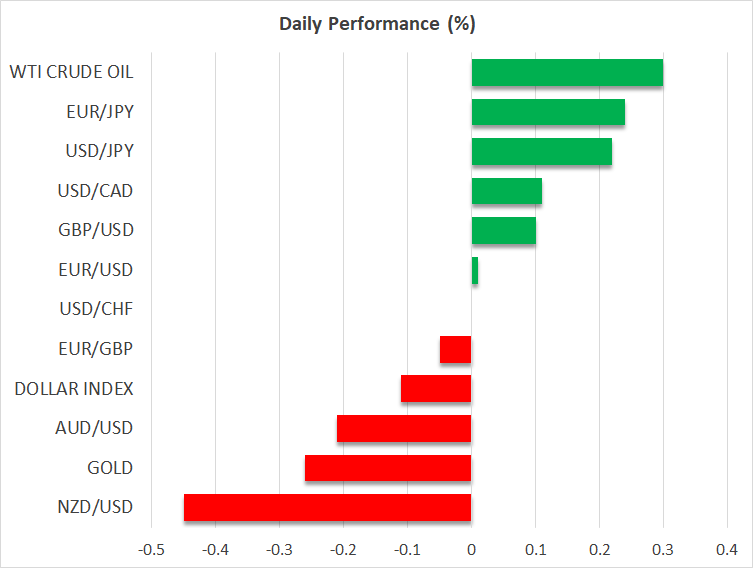 Dollar pulls back, equities rebound ahead of FOMC

The US dollar traded slightly lower against most of its major peers on Monday, stabilizing somehow during the Asian session today.

With no clear catalyst behind the greenback’s breather, it seems like traders decided to liquidate some of their long positions ahead of Wednesday’s FOMC decision. Wall Street rebounded, but instead of adding to their risk exposure, it is more likely that investors covered short positions to mitigate the risk of a surprise on Wednesday. What adds more credence to the notion of not a purely risk-on day is that Monday was Wall Street’s sixth lightest day in terms of trading volume this year.

Therefore, the fundamental environment has hardly changed. The Fed is still expected to deliver another super-sized hike on Wednesday, with investors fully pricing in 75bps and driving the probability of 100bps back up to 20% after taking it down to 15% yesterday. This likely keeps the element of disappointment on the table, even in the very hawkish case of a 75bps hike.

Having said all that though, with some participants still craving for a rate cut as soon as next year, an updated ‘dot plot’ matching the hawkish vibes we got from Fed officials lately – that interest rates could rise above 4% and stay there for some time – may keep any rate-related retreat in the greenback short-lived and allow it to resume its prevailing uptrend. US Treasury yields are likely to rise as well, while equities could resume their slide.

Before they start worrying about the FOMC decision, CAD traders may lock their gaze on Canada’s CPI figures for August, due out today. At its latest meeting, the BoC raised rates by 75bps, refraining from verifying expectations of a slower path from there onwards. However, with inflation expected to have slowed more, traders may start reexamining that case, something that could result in a weaker Canadian dollar.

An extension of the downslide in oil could also add pressure on the loonie as Canada is the world’s fourth largest oil producing nation, holding the same place in terms of exports as well. Despite rebounding yesterday, the broader downtrend in oil remains intact with its main drivers – strong dollar, recession fears, and lower demand – still on the front page.

Gold rebounds again, but higher yields to keep it unattractive

Gold traders also managed to take advantage of the dollar’s break, placing new buy orders near the $1,660 zone and taking the metal near Friday’s high, slightly below the key resistance zone of $1,681, marked by the inside swing low of July 21. Despite the increased interest in the precious metal after it hit a 29-month low on Friday, higher yields around the globe are likely to keep it unattractive, which combined with a potentially stronger dollar may result in new lows.

Speaking about rising yields, the Fed is not the only Bank expected to raise its benchmark rate this week. Investors are split between a 75 and 100bps hike by the SNB, while they assign a 75% probability for the BoE to step harder on the brakes and raise rates by 75bps. The only major Bank expected to stubbornly stay ultra-loose is the Bank of Japan. Even if officials step up their intervention warnings, the widening rate differentials between Japan and the rest of the world will likely keep the yen pressured. It may be only a matter of time before dollar/yen breaches the 145.00 zone. 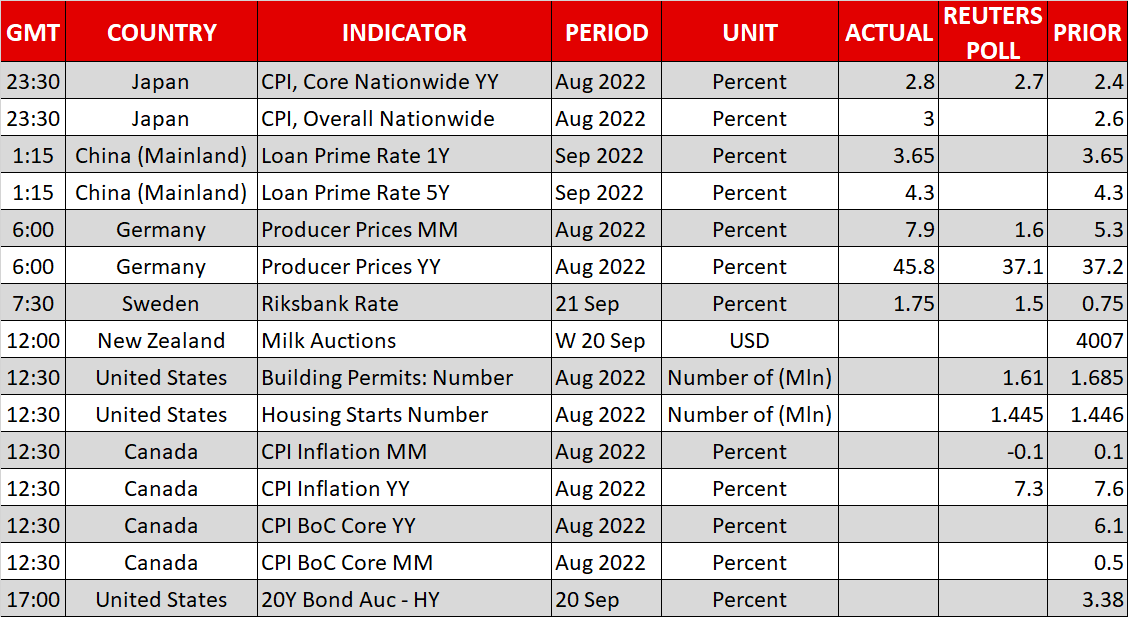 View All
XM Research - 17 hours ago