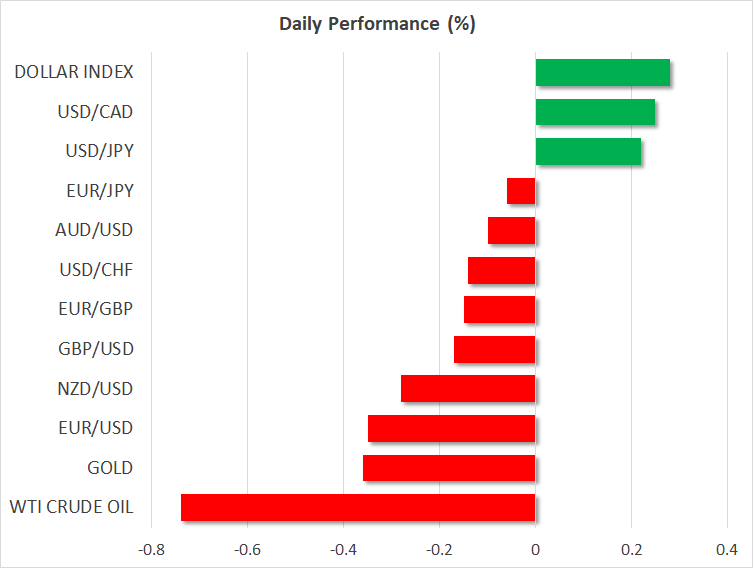 The US dollar reclaimed its throne on Wednesday, outperforming all the other major currencies. Yet, the euro held its own against its US counterpart, losing the least ground as Eurozone inflation accelerated to a new record high of 9.1% year-over-year, surpassing economists’ expectations of 9.0%.

With inflation in the Euro area quickly approaching double digits, the European Central Bank (ECB) may indeed need to act more forcefully at next week’s gathering than it did last time. Thus, euro traders maintained bets with regards to a 75bps rate increase. Even as natural gas prices pulled back a little more, they remain astronomically higher than a year ago, and with Russia halting the Nord Stream 1 pipeline and winter approaching, a rebound and a new record high cannot be ruled out.

The common currency could continue its recovery path, at least against currencies whose central banks are expected to hold, or are already holding, a softer stance on monetary policy. A crystal-clear example is the BoJ, which remains committed to its ultra-loose strategy. Actually, euro/yen managed to overcome a key downside resistance line yesterday, drawn from the high of June 28, a move implying some further advances from a technical standpoint as well.

Having said that though, persistently high inflation and a more aggressive ECB add to the already-high risk of a recession, and with euro traders being gripped by such fears, the euro’s recovery against other, stronger currencies, like the dollar, may not last for long.

There is good reason why the US dollar is still the king in this monetary policy saga. In the battle for inflation, the Fed appears to be one of the most hawkish banks, and even if some others are aggressive too, the risk-averse environment adds to its appeal as a safe haven.

Yesterday, it was Cleveland Fed President Mester's turn to refuel the dollar's engines, saying that it is necessary to raise rates to move slightly above 4% by early next year and hold them there. Her comments come after Fed Chair Powell and New York President Williams expressed similar views, thereby adding to the case for another triple hike by the Fed and pushing the dollar to a new 24-year high against the yen.

With some investors still anticipating that rates will start declining next year, the risk of a disappointment remains well on the table, and with the BoJ being the only dove in town, dollar/yen may be poised to conquer even higher ground.

With central bank officials around the globe being more vocal about their intention to take interest rates higher, market participants continued to abandon equities and other risk-linked assets. European and US equities fell for the fourth trading day in a row, with the subdued morale rolling into the Asian session today. In the FX world, the risk-linked aussie and kiwi were the main losers among the majors, extending their dive even as their respective central banks seem willing to continue tightening as well.

The narrative is trivial by now. Expectations of higher interest rates push yields up and equities down. That’s why US Treasury yields rose yesterday in sync with the slide in equity markets. Higher interest rates mean higher returns in the bond market, but also higher borrowing costs and lower present values for companies, especially high-growth firms, which are mostly valued by discounting expected cash flows for the months and years ahead.

So, as long as central-bank hawks fly undisturbed, investors are likely to keep reducing their risk exposure. Concerns over a global recession is also a reason for doing so, and the renewed restrictions to curb COVID-19 in China, may intensify those fears. 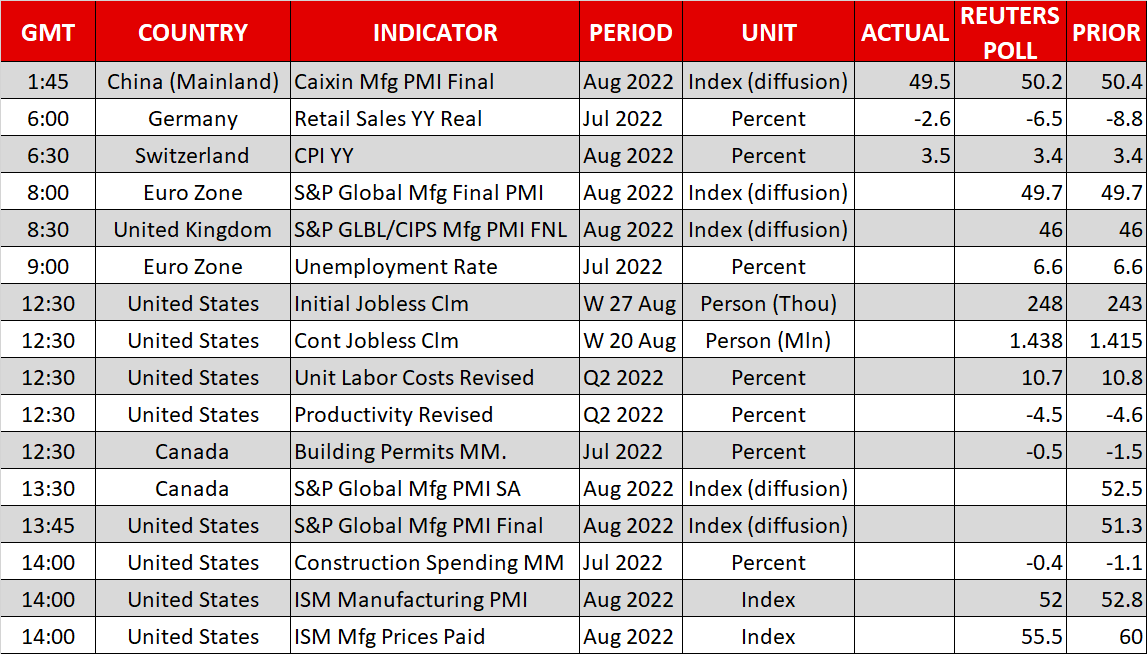