· Fed likely to steer clear of any discussion about exiting cheap money· But it might pencil in a rate hike for 2023, lifting the dollar a little· Stocks cool after US retail sales disappoint, crude oil off to the races 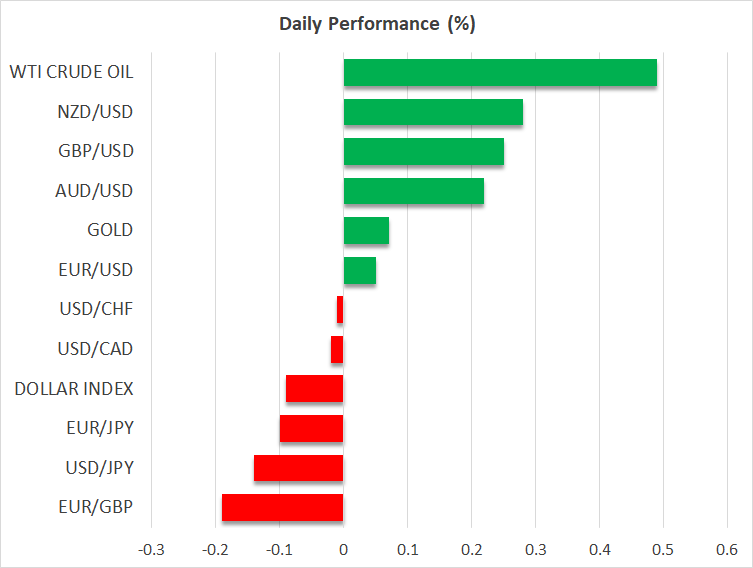 Too early to talk tapering

Global markets will have their gaze locked on the Federal Reserve today, which concludes its meeting at 18:00 GMT. No policy changes are on the cards, so all the action will come from any signals about an exit from cheap money drawing closer and the updated interest rate projections in the dot plot.

The US economic engine is firing on most cylinders, with inflation running hot and consumption far beyond pre-pandemic levels, but the problem child is the labor market. It's still some 7 million jobs away from its pre-crisis glory, adding credence to the view that this inflation shock will fade and making the Fed hesitant to take its foot off the money accelerator.

All this implies the Fed is unlikely to begin a discussion about exiting asset purchases at this meeting. Chairman Powell might indicate this conversation is moving closer but hasn't started yet, preparing the market for a proper shift in the autumn. Beyond that, investors will focus on the new dot plot, where the first rate hike might be brought forward to 2023 as the economy has exceeded expectations.

That would normally argue for a stronger dollar, but any reaction may be minor as markets have already priced in two rate hikes for 2023, meaning this wouldn't be a shocker. Overall, there's no reason for the Fed to rock the boat right now. Inflation expectations and yields are stable or declining, and markets expect taper talks to begin in late August – so why mess with that? Any real dollar strength might have to wait until then.

Wall Street encountered an 'air pocket' yesterday, surrendering the gains from earlier in the week as the tech and growth sectors came back under fire. The catalyst was the US retail sales report for May, which missed expectations.

That said, the numbers for the previous month were revised sharply higher and overall consumption levels are above and beyond their pre-pandemic heights, so there's not much to worry about. The minor retreat in equities might also reflect some hedging by investors wary of a hawkish surprise by the Fed today.

The main risk for stock markets this year remains the ultimate withdrawal of cheap money from the financial system, but even that might prove to be a mere flesh wound. Investors might kick and scream when the Fed finally takes the punchbowl away, yet as the 2015-2019 period showed, stock markets can keep rising even without infinite liquidity.

After all, there is no alternative. Bonds are a dead asset class, commodity markets are too small, and crypto is even smaller and riskier.

Speaking of commodities, crude has gone on an absolute rampage lately. Oil prices stormed to new highs yesterday after the private API report showed a huge drawdown in US inventories, fuelling hopes that stored supply is being absorbed quickly as demand returns with force.

Another piece of this puzzle is the US-Iran saga. While the diplomats remain optimistic a deal is within reach, the market seems to have concluded that the time window to reach an accord has already closed with Iranian elections scheduled on Friday. A deal is still possible, but perhaps not immediately, adding momentum to oil prices.

It is striking that the Canadian dollar has been unable to capitalize on this massive move in oil prices lately. Nothing has fundamentally changed, so it appears that a lot of optimism was already baked into the loonie, which is the best performing major currency this year. The nation's inflation data for May will be in focus today. 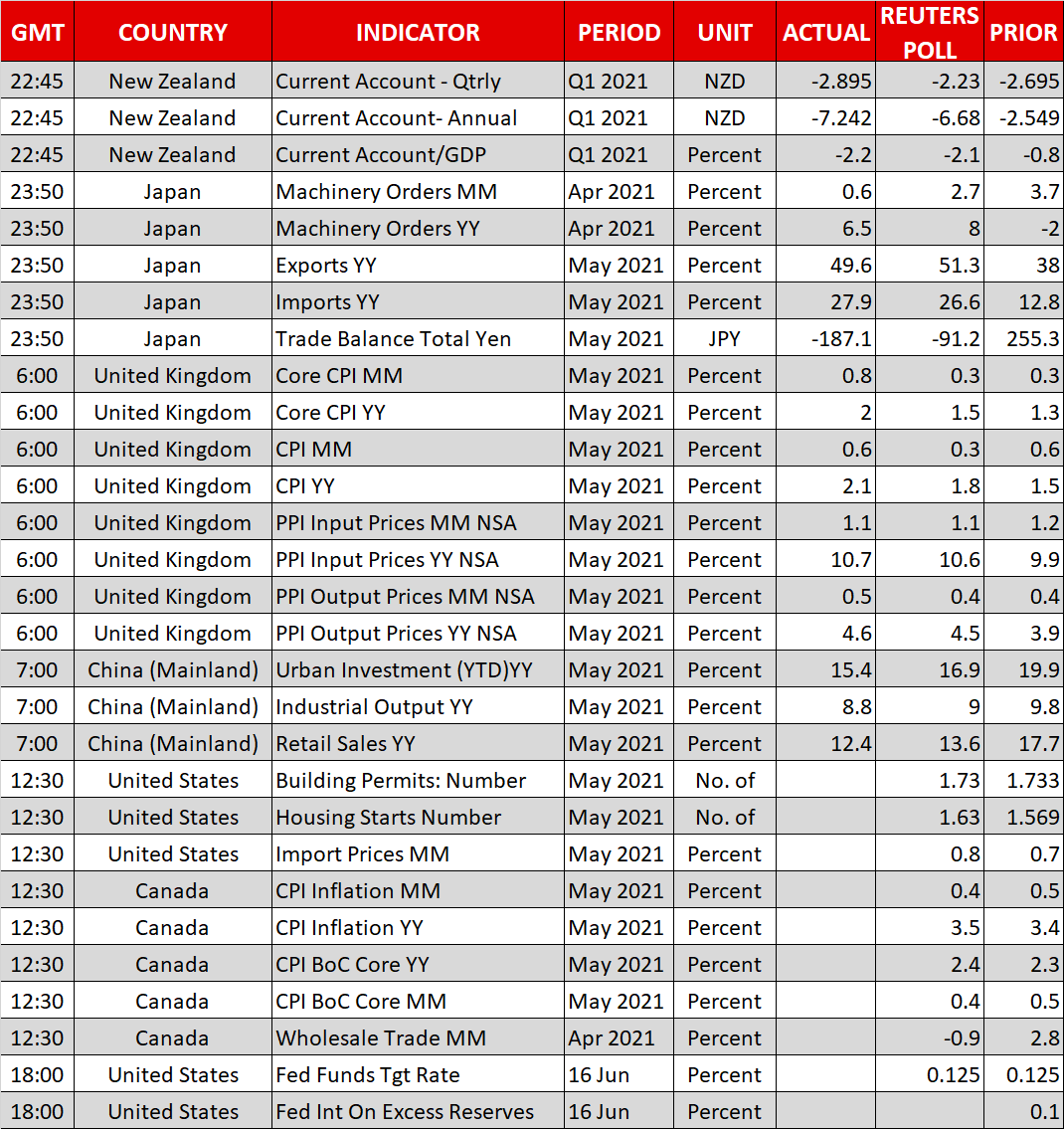 US Open Note – Calm day ahead of busy week; US futures are flat

Weekly Comment - Fed meeting and a barrage of data coming up