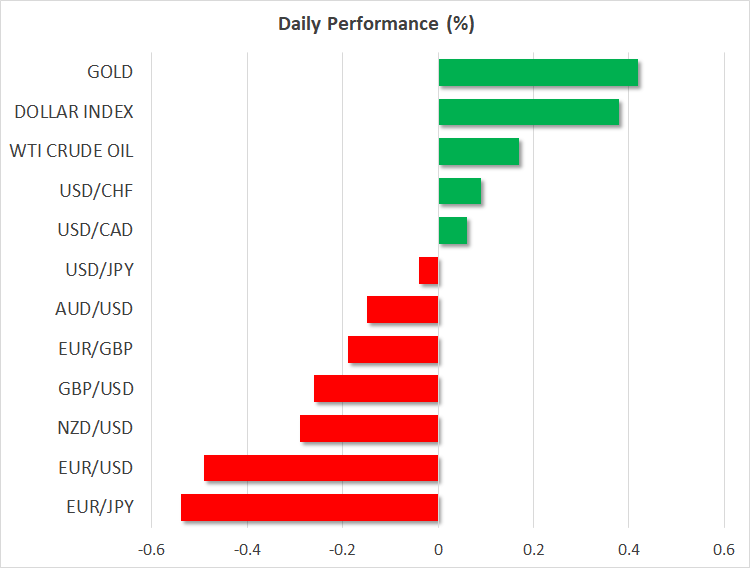 The Federal Reserve announced the long-awaited tapering of its emergency stimulus on Wednesday, confirming plans to reduce its asset purchases by $15 billion a month, starting later this month. But there were no tantrums in the markets as the decision had been telegraphed well in advance. More significantly for investors, Chair Jerome Powell soothed nerves about a possible early rate hike, saying “we can be patient on rates”.

Powell not only indicated that rate hikes were nowhere near on the FOMC’s agenda this week, he has clearly set maximum employment as the criteria for liftoff, which according to him, there is still “ground to cover” until that’s been achieved.

There was a further sigh of relief for jittery investors from the Fed sticking to its transitory narrative of high inflation. Although Powell suggested there was uncertainty around the timing of when price pressures would begin to recede, the Fed doesn’t appear to see the need to respond to the spike in inflation just yet.

E-mini futures are pointing to more gains for today, though Dow futures are struggling a bit. With the Fed meeting out of the way, earnings from Alibaba and Square should keep investors busy until tomorrow’s nonfarm payrolls report.

Yesterday’s super-upbeat data is supporting the positive mood. A beat in both the ADP employment report and ISM non-manufacturing PMI have raised hopes that the US economy got off to a stronger start in the fourth quarter, after losing substantial steam in Q3.

However, there’s been no major shift in either Treasury yields or interest rate futures after Powell’s reassurances, underlining the disconnect between the Fed and the markets.

Money markets still imply two rate increases in the second half of 2022 and short-dated yields are only down marginally post the Fed meeting.

That’s not a good sign for volatility in the coming months and while the Fed’s stance on liftoff seems to have appeased equity traders, the fact that Powell left the door open to adjust policy should there be signs of higher inflation becoming more persistent is enough to reinforce bets of an early rate hike.

Those same hawkish expectations are bolstering the US dollar, which is powering higher on Thursday, pummelling its rivals. The dollar index was last up 0.4%, with the euro taking the hardest punch.

ECB President Christine Lagarde had a second attempt to push back on expectations of rate increases in 2022 on Wednesday, having failed to convince markets in her post-meeting press briefing last week. Lagarde sought to double down on her comments, saying that the conditions to start raising rates are “very unlikely” to be met next year.

Eurozone bond yields extended their decline after her remarks, pushing the single currency back below $1.16 and towards October’s 15-month lows.

The pound was also under pressure, reversing lower after failing to crack the $1.37 level earlier in the session.

The Bank of England is due to announce its latest policy decision later today and it’s a close call as to whether policymakers will vote to hike rates by 15bps. Although the UK economy appears to be recovering strongly, investors see too many headwinds and a premature policy tightening would only add to the list. Hence why the pound hasn’t fully benefited from the BoE’s hawkish signals.

If there is no rate hike today, sterling is in for a bumpy ride, though the BoE’s forecasts will be just as important.

Oil steadier but nervous ahead of OPEC decision

There is also uncertainty around the meeting of OPEC and non-OPEC leaders as it’s possible the cartel might offer some compromise to the US in easing supply curbs more rapidly to alleviate the global energy crisis.

However, the main driver in the oil markets right now is news that Iran and the West have agreed to resume talks on reaching a nuclear deal on November 29. A deal would pave the way for increased supply from Iran but it would also be hugely negative for oil prices. Having tumbled sharply on Wednesday, WTI and Brent crude futures are trying to recoup their losses today, with both rising above key levels. 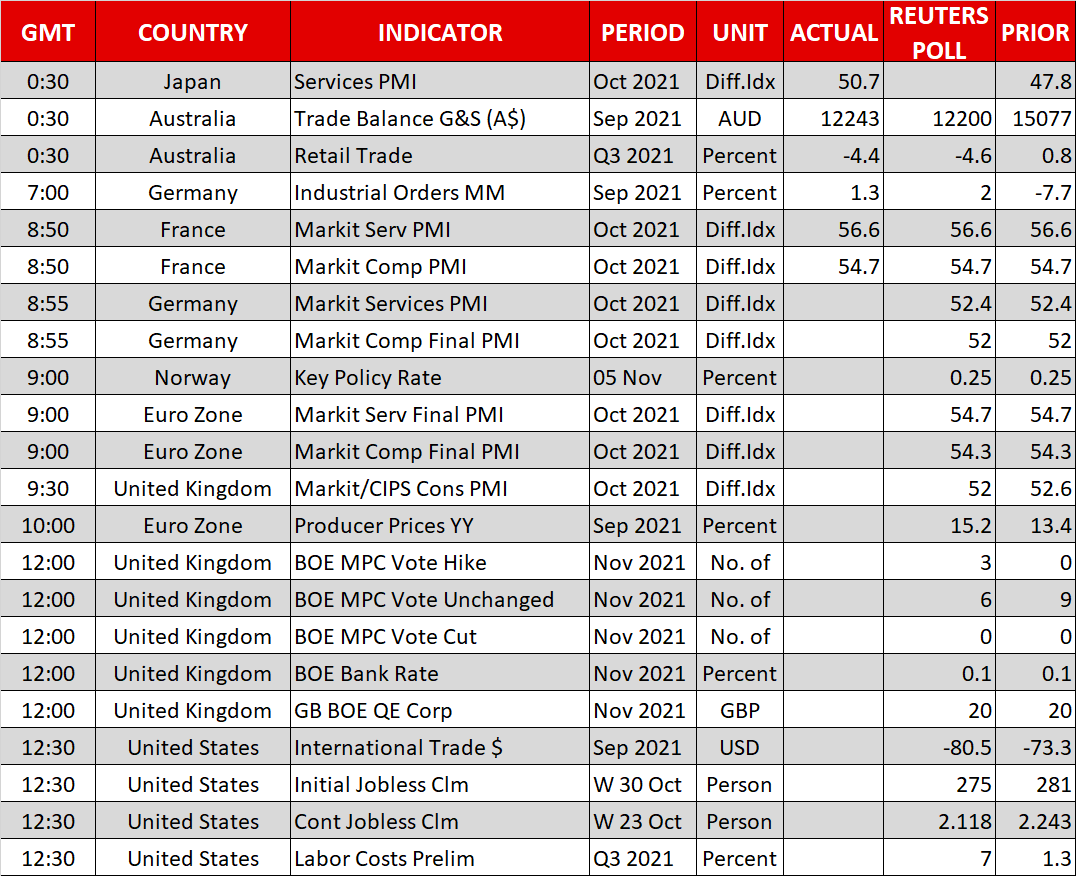