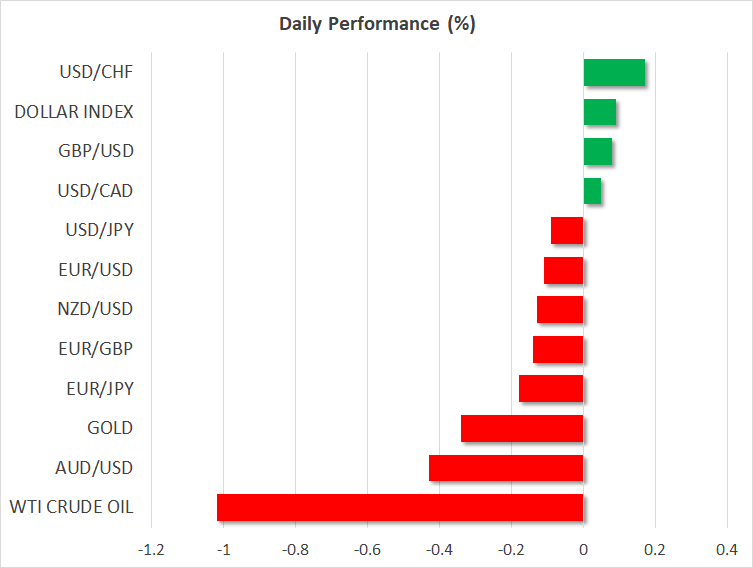 Fed dashes hopes of a pivot

The US dollar was steadier but still near this week’s lows on Thursday following the Fed’s latest concerted effort to extinguish market speculation of an imminent dovish pivot. Markets have been in a sanguine mood since last week’s CPI report provided the strongest indication yet that inflation in the US is well and truly on the way down.

Initial attempts by Fed officials to play down the significance of one data point weren’t quite enough to squelch the risk rally, but policymakers were out in force on Wednesday to dispel revived expectations that there’s not long to go in the tightening cycle.

Governor Waller repeated that there’s still “a ways to go” on rate hikes, while San Francisco Fed’s Daly hinted that rates may need to rise to around 5% even after the latest moderation in price pressures. Investors also took note of the unexpectedly bigger-than-expected bounce back in retail sales in October, which underscored the Fed’s argument that the US economy is still running too hot.

However, although the scaling back of some of the more dovish bets had a clear dampening effect on the risk rally, neither was there much of a reversal in the recent sharp moves. The most striking of all is how long-dated Treasury yields extended their losses yesterday to fresh multi-week lows and are only edging up slightly today.

Unsurprisingly, the US dollar didn’t receive much of a boost from either the hawkish remarks or the upbeat retail sales data, and whilst it has steadied for now, the near-term risk remains skewed to the downside.

The greenback hasn’t even been able to reclaim the 140 handle against the yen and seems to be consolidating just below that key level. The pound is also benefiting from this weakness and appears to be positioning itself for another pop at the $1.20 mark.

However, today’s budget statement from UK Chancellor Jeremy Hunt poses a threat to sterling’s bullish run. Hunt is expected to unveil a combination of tax increases and spending cuts at 11:30 GMT in his Autumn statement in a bid to get the UK’s finances under control and restore some economic credibility following the turmoil sparked by Liz Truss’s mini budget.

However, there’s a danger that Hunt will go too far with his fiscal prudence, choking off any remaining pockets of growth in an economy that’s already contracting. On the other hand, if the bulk of fiscal tightening is deferred until after the next election, likely to be held in 2024, the pound stands a better chance of extending its recovery.

Other majors were somewhat struggling on Thursday, however, with the Australian dollar being the worst performer. The aussie is underperforming on concerns that China’s easing cycle may be coming to an end. The People’s Bank of China warned on Wednesday that further loosening of monetary policy risks stoking inflation even as Covid restrictions continue to hamper growth in the country.

The possibility that monetary policy in China won’t be as supportive in the future has spooked the aussie, offsetting a very robust employment report out of Australia earlier in the day.

This is also weighing on equity markets slightly and so are the latest headlines from US chipmakers. Micron Technology and Nvidia both reinforced the current gloomy demand outlook for semiconductors. Micron said it plans to cut chip supply and spending, while Nvidia reported a mixed set of earnings.

All three of Wall Street’s main indices closed lower on Wednesday and futures were slightly in the red during European trade. Investors largely ignored the news that Republicans have won control of the House of Representatives as the mid-term results keep coming in, meaning that the Democrats will likely struggle to get their agenda through a divided Congress.

Traders will be watching the weekly jobless claims later in the US session as well as more Fed speakers that are scheduled to appear before turning their attention to Japanese CPI figures. 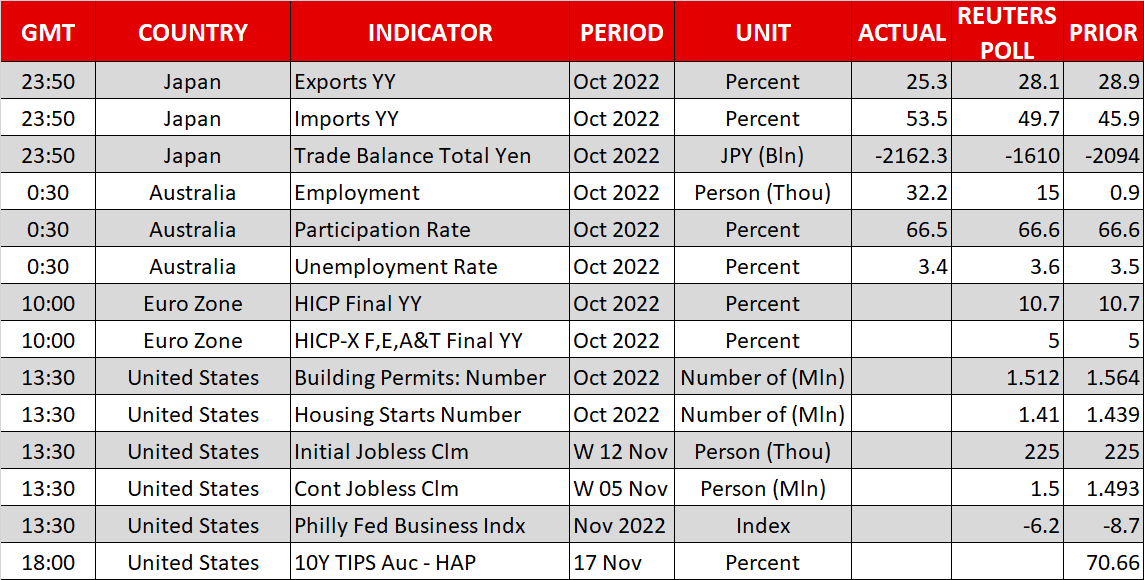