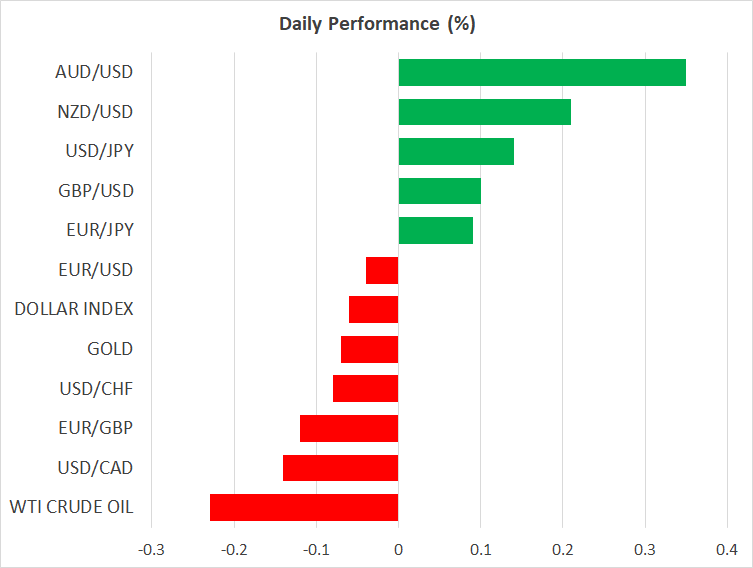 The main event today will be the unveiling of incoming US president Biden’s stimulus plan. The overall price tag of the package will likely be the main variable for markets, but the details and scope of the proposal could also prove crucial. For instance, will some of the spending be financed by raising taxes, and will the plan aim to raise the minimum wage?

The latest reports suggest the cost of the plan will be ‘in the ballpark’ of $2 trillion and will include fresh stimulus checks of $1400 to shore up the US consumer. There hasn’t been any hint of tax increases, which is sensible as hiking taxes in the midst of a crisis could backfire spectacularly.

On the minimum wage front, even if an increase is included, it might not scare markets much. Higher wages would raise costs for businesses, but that money would ultimately flow back into consumption and boost corporate top lines.

In the markets, the bigger the proposal’s price tag, the better for equities and the US dollar. There has been a paradigm shift lately in dollar dynamics, where promises of astronomical spending now boost the reserve currency as the rosier outlook for growth overshadows deficit concerns. If all the spending supercharges the economy, the Fed could reign in its generous QE program sooner.

There is a risk of a sell-the-fact reaction. Investors have already baked expectations for a huge package into the cake, so if the plan’s overall cost is less than the rumored $2 trillion, it may come as a minor disappointment and spark some profit-taking. In the bigger picture, there’s some ‘execution risk’ as well. Passing anything through the Senate with a majority this thin will be a herculean task as every single ‘conservative Democrat’ would have to play along.

Overall though, it's difficult to argue with the broader cheerful trend. The US economy has been extremely resilient throughout this crisis, vaccines are being rolled out, a $900bn spending package is in the pipeline already, and the Biden administration will likely unleash even more if the recovery hits any road bumps. That’s a radiant environment for US stocks and ultimately for the dollar as well, especially considering how much weaker the European economy is.

Investors will also keep a close eye on a speech by Fed Chairman Powell at 17:30 GMT. Fed officials have recently pushed back on the idea of tapering their gargantuan QE program anytime soon, but nevertheless, the mere conversation is enough to remind investors the Fed won’t keep the pedal to the metal forever. Whether Powell entertains the idea as an eventuality could be crucial in itself. The Fed’s Rosengren (14:00 GMT), Bostic (16:00 GMT), and Kaplan (18:00 GMT) will speak as well.

In euro land, the ECB will release the minutes of its December meeting, but this usually passes unnoticed. Instead, the spotlight could fall on the latest turmoil in the Italian political scene, where the ruling coalition government seems ready to collapse, driving the nation to a new general election.

Staying in politics, the House of Representatives impeached President Trump yesterday for a second time, but the trial in the Senate will likely be delayed until Biden takes office. There was no market reaction, as investors view Trump as ‘old news’ at this stage.