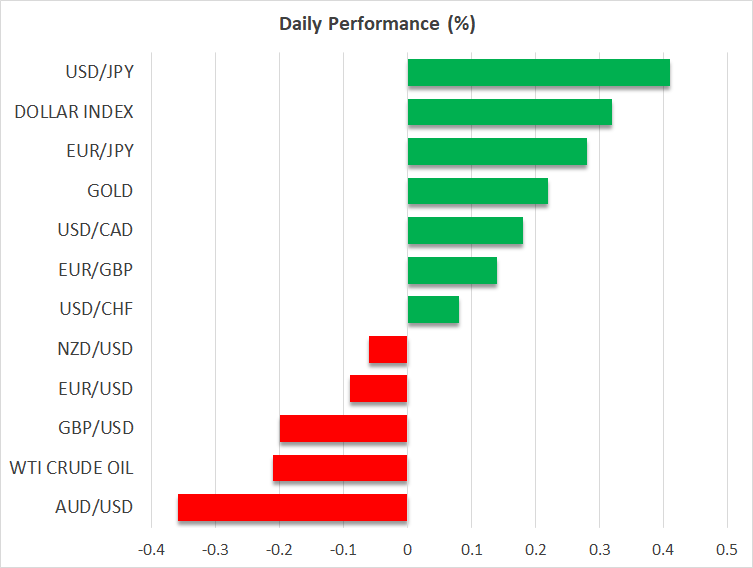 What a crazy week. An assault by small investors weaponizing call options against hedge fund short positions sparked all kinds of volatility and some legendary short squeezes in smaller stocks. The ripple effects were felt across markets as some funds were apparently massacred on their short bets, forcing them to liquidate profitable long positions to cover those losses.

Things calmed down yesterday after several brokerages restricted trading in the most iconic ‘meme stocks’. This crackdown suppressed the firepower of the retail army and halted the short squeeze in its tracks, helping US stock indices to recover as nerves calmed.

But the serenity didn’t last. European stocks are a sea of red and Wall Street futures point to another decline at the open today, which would erase yesterday’s rebound. There hasn't been any news behind this retreat, so it seems that the retail chaos continues to loom in investors’ minds, leading some players to take chips off the table.

That said, nothing has changed in the big picture. The elements that drove equity markets to record highs and stratospheric valuations are still in play. Vaccines are being rolled out, central banks are all-in, America is about to go on a federal spending spree, and the Biden administration will probably unleash even more if anything goes wrong.

The price action tells a similar story. Even after this latest retreat, the S&P 500 is still flat for the year and continues to trade above its 50-day moving average, so no significant technical damage has been done either.

The main risk is that one of the mutated covid variants that scientists are discovering proves to be resistant to the existing vaccines. If even a single variant is resistant, that could deal a major blow to the narrative that things are about to return to normal and spark a deeper correction in markets.

Even in this case though, the re-opening timeline would only be pushed back a few months, so it wouldn’t be a catastrophe. The real variable is the Fed. As long as it keeps the monetary juice flowing, the party is likely to continue.

Strangely enough, the pandemonium in the stock market was barely felt in the FX arena. Euro/dollar for instance remains trapped in a narrow range, while Cable is still near its recent highs but hasn’t done much this week. Yet, there have been some crucial moves. The yen is getting hammered, despite the broader risk aversion. The retreat may be linked to the summary of opinions from the Bank of Japan overnight.

Even though there were some hints about allowing Japanese bond yields to trade in a wider band, the officials are wary of markets interpreting this as a tightening of policy. The signal was that if the BoJ moves ahead with this 'tightening' move, it could also unveil some other easing strategy to keep the overall stance of policy constant.

The Canadian dollar continues to underperform as well, weighed down by the retreat in stock markets and crude oil.

As for today, the spotlight will be on the US core PCE price index and the consumption data. 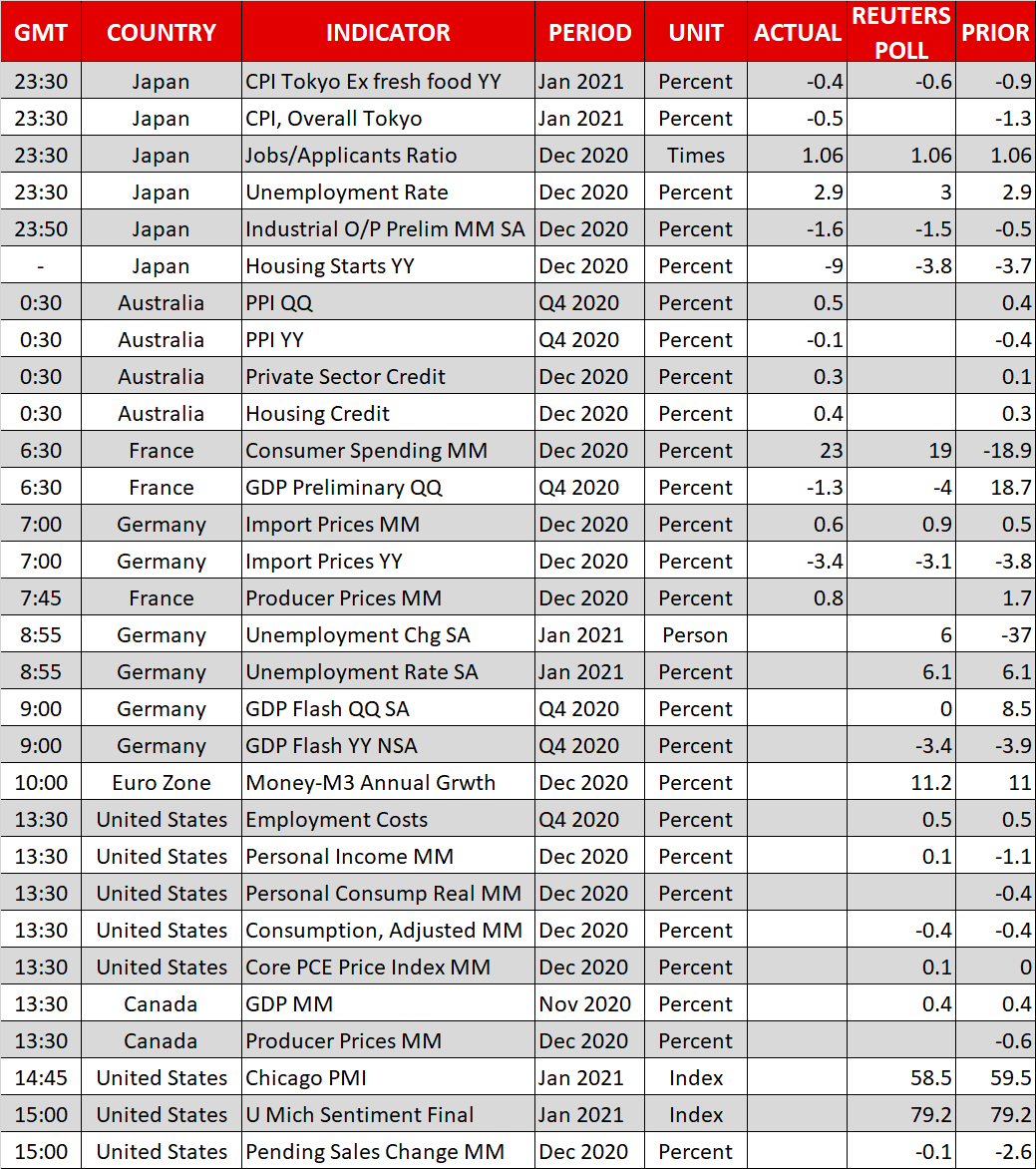